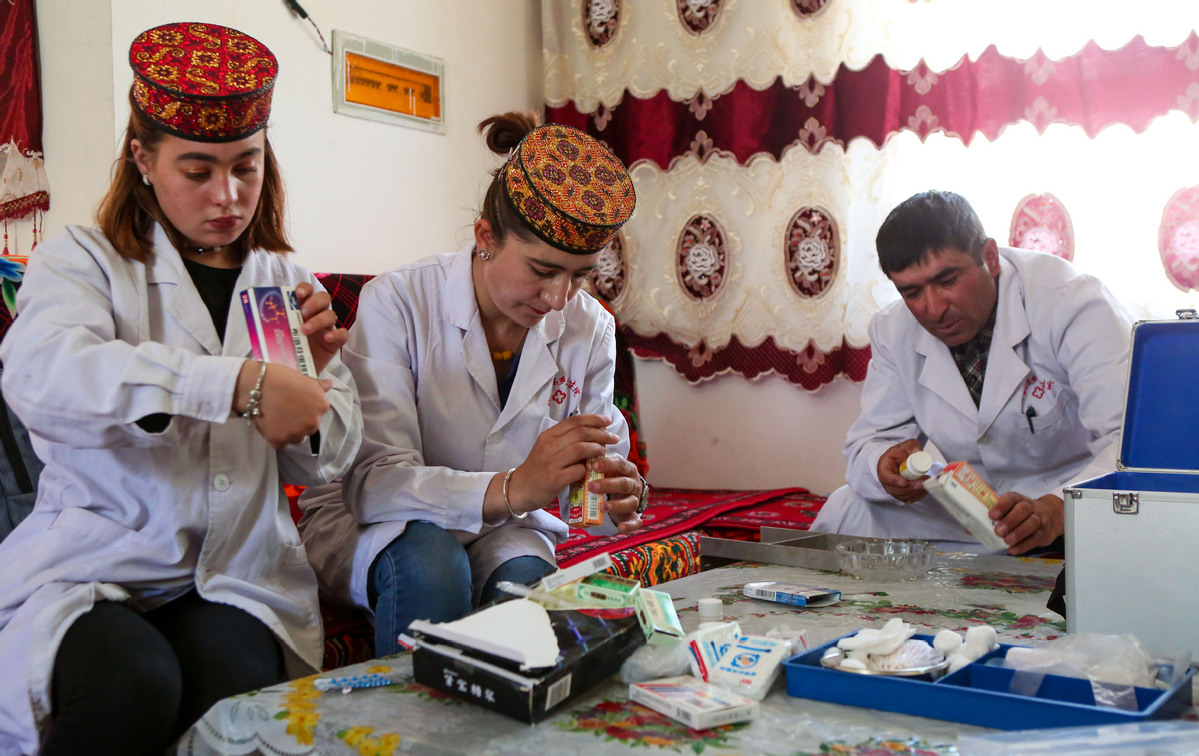 China expressed strong anger and condemnation on Wednesday after the United States House of Representatives passed a bill in the name of protecting human rights in the Xinjiang Uygur autonomous region.

A total of five central organs — including the Foreign Ministry, the country's top legislative and political advisory bodies and the national anti-terrorism leading group office — expressed resolute opposition to the passage of the act by the US House. They said the act is packed with groundless accusations and with the real intention of sabotaging the stability of Xinjiang and curbing China's development.

The regional government of Xinjiang and the regional legislative and political advisory bodies said the bill greatly hurts the feelings of the Xinjiang people and sends a serious false signal to terrorist forces.

Vice-Foreign Minister Qin Gang on Wednesday summoned William Klein, a senior official at the US embassy in China, to lodge stern representations and strong protests against the act, urging Washington to stop interfering in China's domestic affairs.

Qin called on the US to immediately correct its mistake, abandon double standards on anti-terrorism issues, prevent the bill from becoming law and stop using Xinjiang as a way to interfere in China's domestic affairs. He said China will respond further according to the development of the situation.

The Uygur Human Rights Policy Act of 2019 was initially submitted to the US Senate by Senator Marco Rubio on Jan 17. Despite China's strong opposition, the act was passed in the Senate on Sept 11. According to the bill published on a US congressional website, the act's purpose is to direct US resources to address what it calls gross violations of human rights in Xinjiang.

The House version of the bill underwent several amendments, including adding clauses on imposing sanctions on certain Chinese officials and restrictions on some technology exports. The Senate and the House will discuss and attempt to come up with a unified version before sending the bill to US President Donald Trump, who could sign it into law, let it become law without his signature or veto it.

The Foreign Affairs Committee of the National People's Congress, China's top legislature, said in a statement that the act is packed with vicious attacks on the human rights situation in Xinjiang.

"It has distorted and smeared China's efforts in fighting extremism and terrorism," it said. "Also, it launches groundless accusations against China's Xinjiang policies."

The US Congress has turned a blind eye to the fact that Xinjiang's social situation has stabilized after efforts to fight terrorism and protect human rights in accordance with the law. What's more, it chose to fabricate statements and smear Xin-jiang's efforts in fighting extremism and terrorism, the statement said.

Xinjiang is China's main battleground in fighting terrorism and extremism, officials said. At one time, people's lives were gravely threatened by the spread of terrorism and extremism. The act disregards the facts and confounds right and wrong, the Foreign Affairs Committee of the Chinese People's Political Consultative Conference, China's top political advisory body, said.

"Its intention is to sabotage the stability of Xinjiang and curb the development of China," it said.

Liu Yuejin, head of China's national anti-terrorism leading group office, said there has been no "violation of the human rights of ethnic minorities" as the US claims.

Terrorism and extremism are global problems and Xinjiang's setting up vocational education and training centers is an active practice of counterterrorism and a response to the UN Global Counter-Terrorism Strategy, Liu said in a written interview released on Wednesday.

"The US' slandering these training centers is nothing more than an attempt to interfere in China's internal affairs and curb China's development under the pretext of 'religion' and 'human rights'," he said.

In Xinjiang, people of all ethnic groups are equal and enjoy the same rights, regardless of the size of the group or different religious beliefs, according to a statement of the Standing Committee of the Xinjiang Uygur Autonomous Regional People's Congress, the local legislature.

"In Xinjiang affairs, the people of all ethnic groups in Xinjiang have the say," it said, adding that the region's regulations on religious affairs also guarantee residents' freedom of religious belief and protect their normal religious activities.

Zhou Jin contributed to this story.