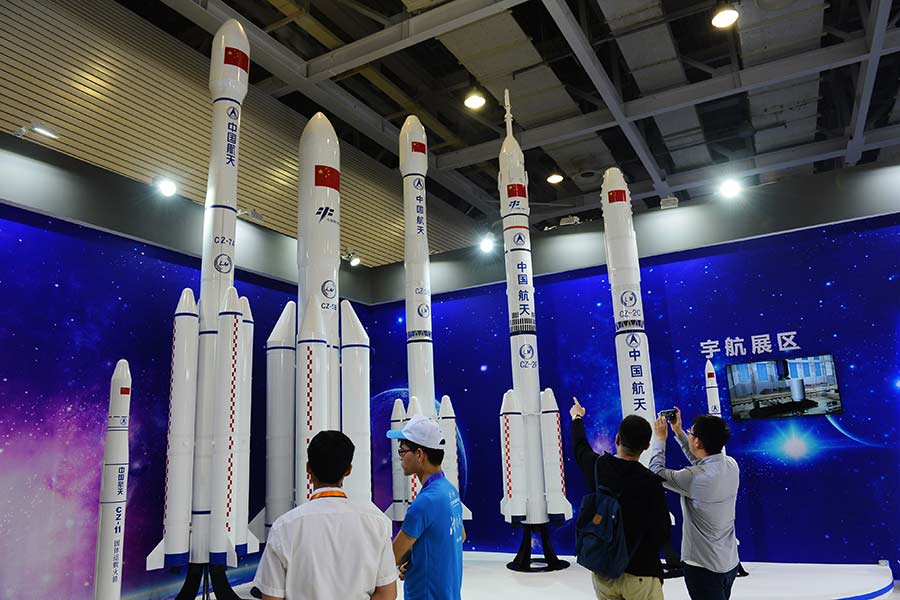 A Beijing-based United Nations organization has trained about 1,200 professionals in space science, technology and applications for dozens of nations, a Chinese space official said.

Wu Yanhua, deputy director of the China National Space Administration, said in Beijing on Monday that the UN Regional Center for Space Science and Technology Education in Asia and the Pacific (China), located at Beihang University, has produced 237 master's and doctoral degree holders from 24 developing countries since 2014, when it was set up.

They studied and researched fields such as remote sensing and geoinformation systems, satellite communications, global navigation satellites, small satellites and space law and policy during their postgraduate programs at the center, Wu said, adding that the center has also organized more than 20 short-term training sessions that trained nearly 1,000 people involved in the space industries in 64 countries.

"China, as the initiating nation and the host of the regional center, always wishes to work with member states of the center and other members of the international community to utilize space science and technology education to foster sustainable development," he said.

Wu made the remarks at a ceremony in Beijing marking the fifth anniversary of the founding of the center.

With 10 member states, the regional center is the first intergovernmental educational institution in Asia and the Pacific in space science and technology. It intends to integrate educational resources in space science and technology, improve the teaching of space knowledge and applications in developing nations, and help boost sustainable development in economies and societies in the region.

Li Xinjun, secretary-general of the Asia-Pacific Space Cooperation Organization, said that the center's training programs aim to not only cultivate professionals in space science and technology for developing countries but also enable them to develop and improve the capability to train their own space workers.

He said that the dissemination of space science and technology will help to narrow gaps in technology and wealth between developing and developed nations.

Xu Huibin, president of Beihang University, said that his university has been injecting its advantages in the research of space science and technology into the center and regularly invites distinguished scientists and experts from home and abroad to give lectures to students at the center.

Surucchawadi Seweewanlop, a Thai student at the center, said that students have many opportunities to attend workshops, engage in-depth discussion and share ideas and experience on the global governance of space technology applications.

"Although not all the activities I have engaged in are directly related to space activities, one very important principle I have crystallized from these experiences is that I realize the growing importance of space activities for the economy, for developing country strategies for the pursuit of knowledge and scientific discoveries, and for society in general," she said at the ceremony.