In pics: A couple makes cured meat in the lanes of Changsha

Many meat, fish, and chicken are hanged on the iron racks and branches which have not been smoked yet, in Tongtai street in Changsha city. Many passersby stop to enjoy the average scenery of old days of citizens in Changsha.

Many meat, fish, and chickens are hanged for drying on shelves and the branches of trees, even it is a cloudy day on December 15. 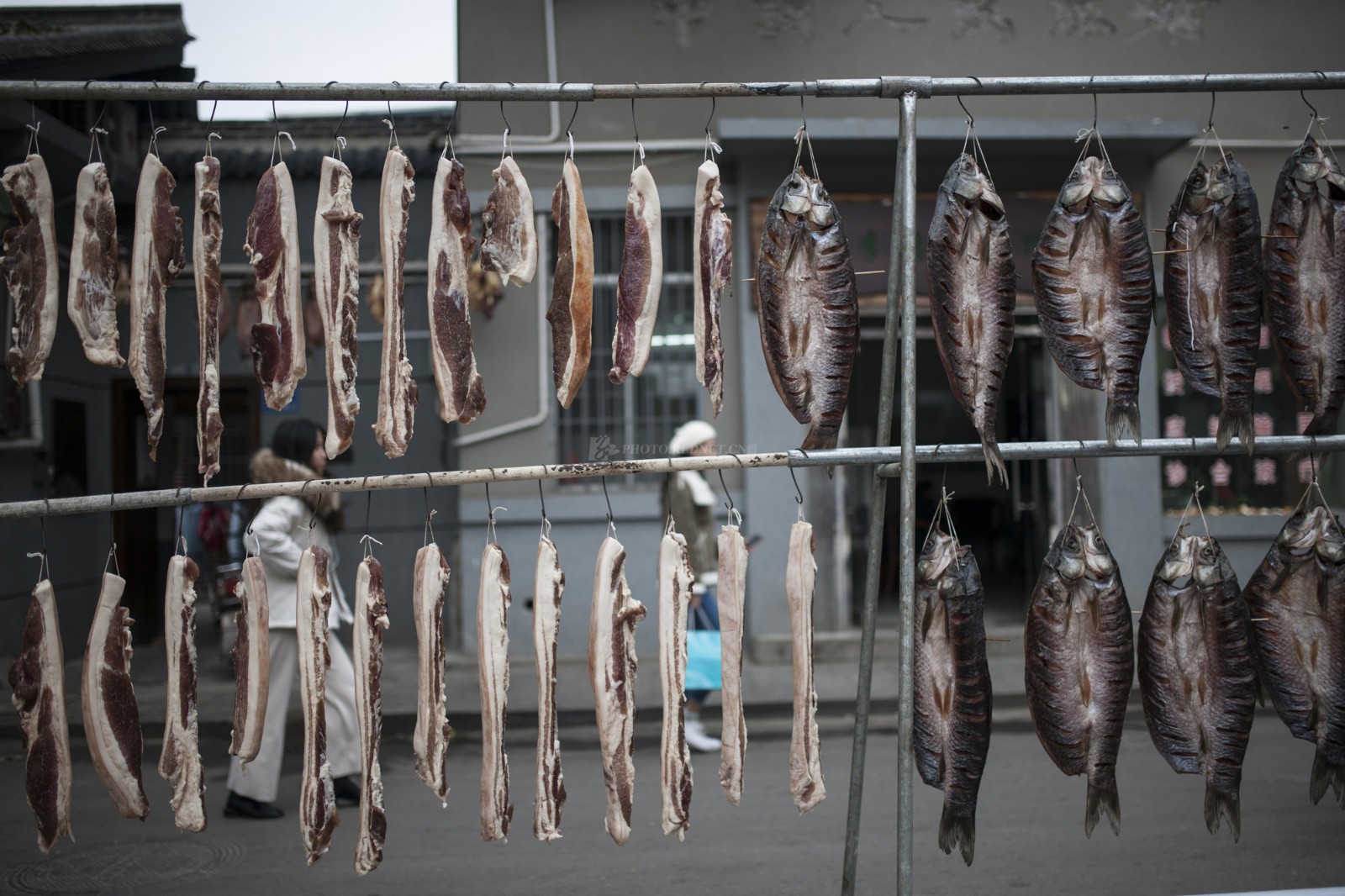 Cured products must be dried before they are smoked.

These chicken, meat, and fish are cured by the bacon shop of #134 on Tongtai street. It is a preserved food shop that has been open for 20 years. The shop is run by Wang Yonghong and Li Xinjun, a couple, from Jianli of Hubei Province. 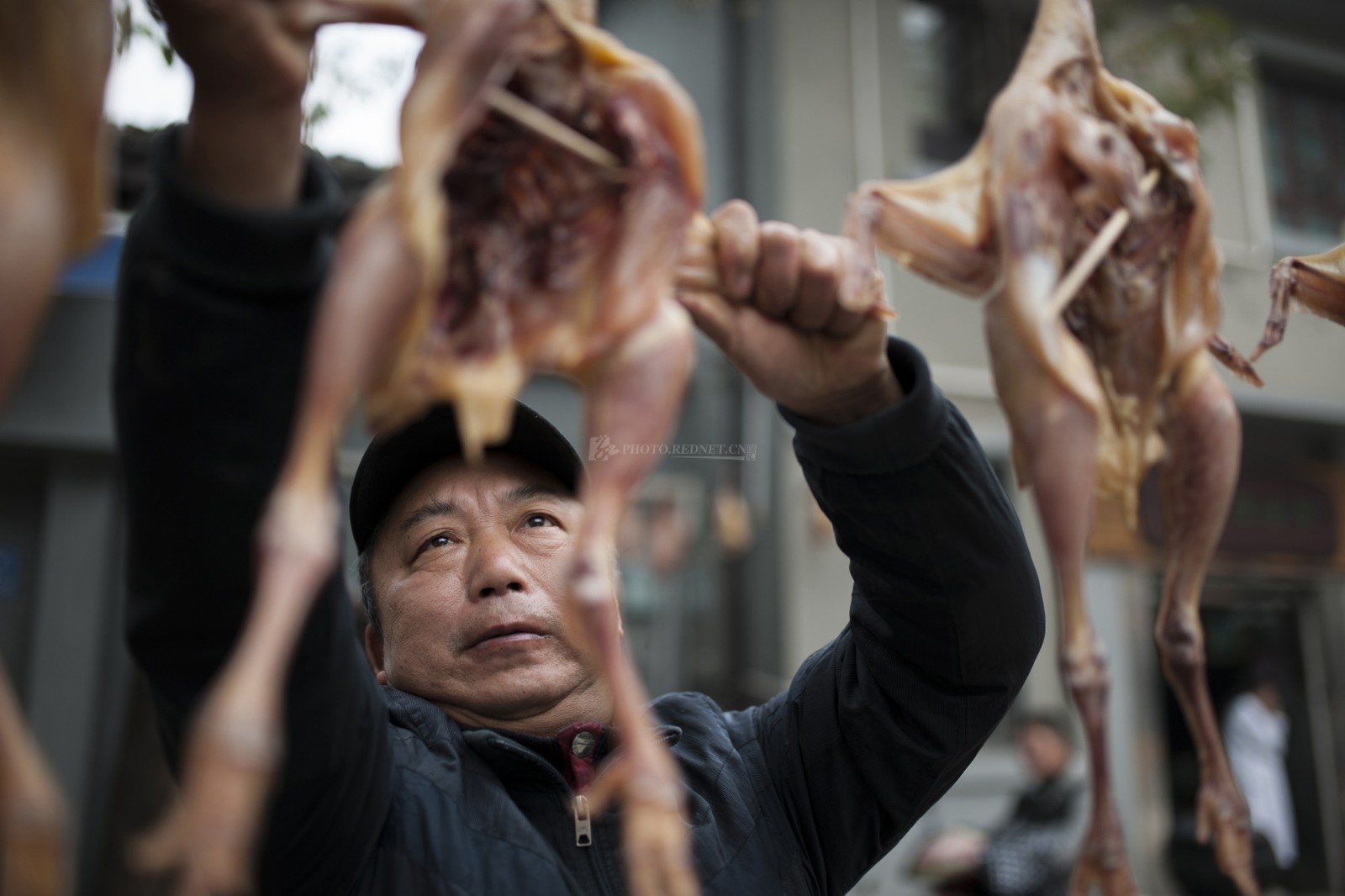 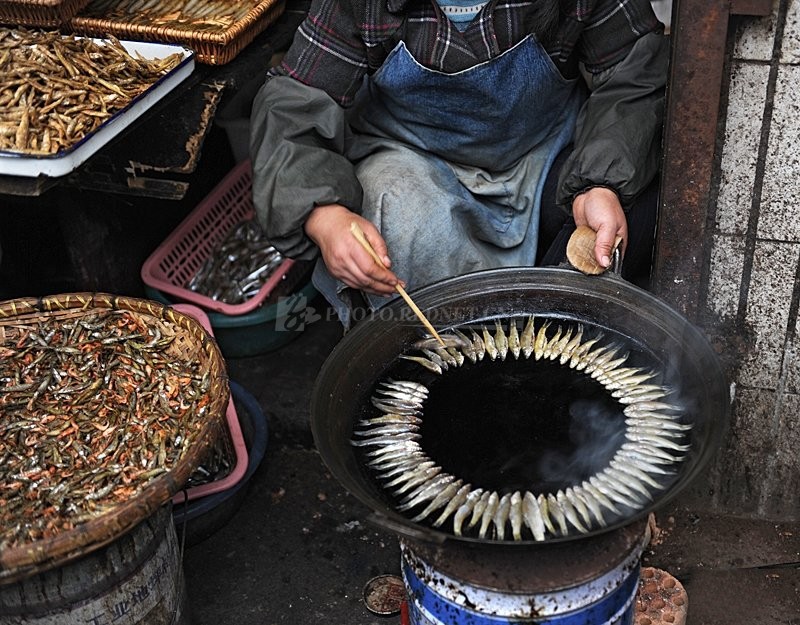 The shop serves homemade products with a good reputation due to its good quality. The photo is shot in 2014. 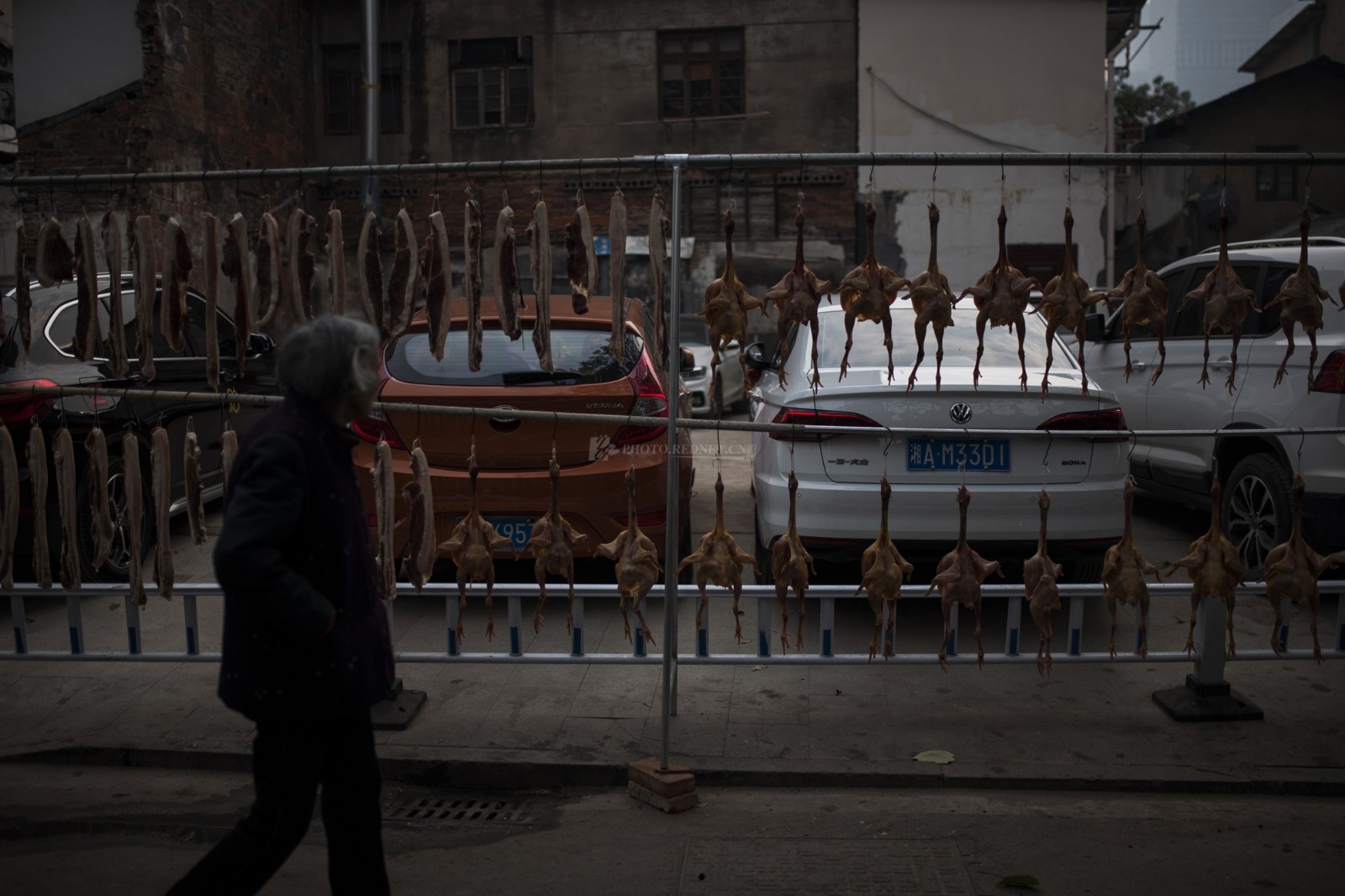 Every winter, as long as it is sunny, they hang their fish, meat, chicken, duck on the tree for drying. They didn't make cured duck this year because the price of duck is very high.

Wang raised a finger and said: "A fish raises three families. It means that one fish benefit s the families of fishermen, sales, and bacon shops. We directly buy fish from fishermen and earned the money by skipping sales." The photo is shot in 2014.

Before the rebuild of Beizheng Street, they were doing business at #3 of Tongtai Street. They later moved to #132 and then to #134. The photo is shot in 2014.

They have to work hard to support a big family with senior parents and two daughters by their business. Li Xinjun grows a lot of grey hair in recent years.