More US products exempt from tariffs 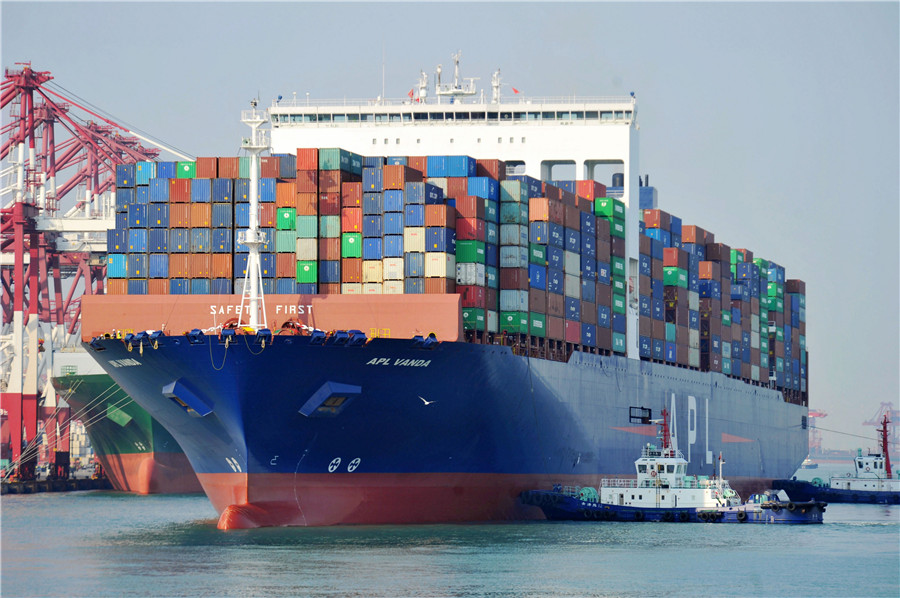 More US products will be exempt from China's first round of additional tariffs starting Dec 26, the Customs Tariff Commission of the State Council said on Thursday.

It is the second set of US goods to be excluded from China's first round of tariff countermeasures. The move is part of the broader efforts to further ease China-US trade friction following the much-anticipated partial deal between the two sides.

China's exclusions on some US chemical products, such as white oil, will apply for a year starting Dec 26, the commission said in a statement. Duties that have already been imposed will not be refunded.

The remaining US products subject to China's first round of additional tariffs will not be excluded for the time being, the commission said.

The commission said it will continue the exemption process and release the exclusion lists of US goods subject to the second round of additional tariffs in due course.

Last week, the world's two largest economies reached an agreement on the text of their phase-one trade deal on the basis of equality and mutual respect. The US promised to eliminate extra tariffs on Chinese goods phase by phase, Chinese officials said.

Speaking at a weekly briefing on Thursday, Gao Feng, spokesman of the Ministry of Commerce, said the economic and trade teams of the two sides are communicating closely about the follow-up work like the signing of the agreement.

The contents of the deal will be released after the official signatures, Gao said.

Analysts said the phase-one agreement will benefit both countries and the whole world. But uncertainties still exist, they said.

Ma Jun, a researcher at the Tsinghua National Institute of Financial Research, said that one positive significance of China and US reaching an agreement on the text of the phase-one deal is to avoid losses for both economies, lay the foundation for their relatively steady economic development next year and reduce uncertainties facing the global economy.

Yang Yewei, a macroeconomy researcher with Southwest Securities, said in a study that the recent moves showed that "China-US trade disputes are developing in a positive direction, and reflected the two countries' willingness to de-escalate risks".

However, uncertainty persists, Yang said, as the details of the preliminary trade pact have not yet been released, and there are several procedures to be completed before brokering the deal.

Zhu Jianfang, chief economist with CITIC Securities, said: "Tariff removal and China expanding imports from the US will have positive impact on trade in electronic products, agriculture and related financial products and services."