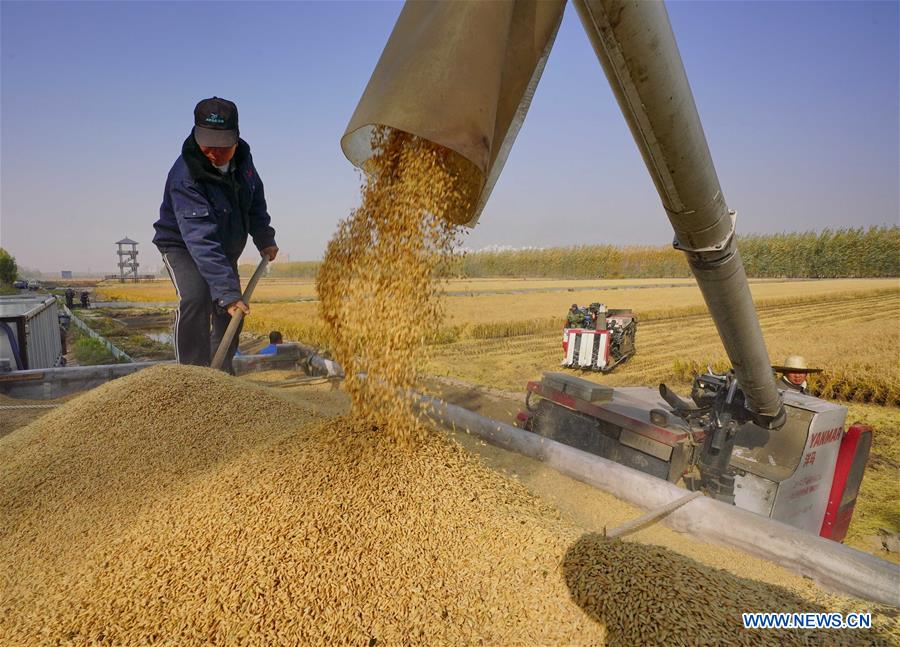 Guided by readings of a speech by Xi Jinping, general secretary of the Communist Party of China Central Committee, the two-day central rural work conference that concluded in Beijing on Saturday laid out a 2020 road map for progress in agriculture, rural areas and rural people.

Xi delivered the speech at a recent meeting of the Standing Committee of the Political Bureau of the CPC Central Committee, which was convened to study issues concerning agriculture, rural areas and rural people.

The work in 2020 will largely decide the quality of China's anti-poverty campaign and the success in becoming a moderately prosperous society in all respects, Xi said in the speech.

Efforts will be made to pool resources, enhance support and take targeted measures to strengthen weak links in the rurally oriented work, he said.

To implement Xi's concepts, the central rural work conference discussed a document outlining ways to increase efforts on major rural work to ensure that the national goal of moderate prosperity is achieved on time.

The conference stressed the importance of winning the battle against poverty and called for consistent efforts to lift the remaining poor population out of poverty, as well as steps to prevent people from slipping back in.

Yu Fawen, a researcher on rural development at the Chinese Academy of Social Sciences, said the meeting highlighted major tasks for next year's work, including making tangible progress in improving the living environment in rural areas, which has been a major weak link in achieving a moderately prosperous society.

The conference concluded that efforts should be made to boost the development of rural infrastructure and water supplies and improve the rural living environment, education, medical services, social security, cultural activities and ecology.

Yu said that to achieve the goal, intensified efforts must focus on such weak links in rural development, including insufficient infrastructure for environmental protection and public services. They must not be obstacles to realizing the goal of building a moderately prosperous society in all respects next year, he said.

With the deadline arriving soon, some rural areas have accelerated inspections and approval of projects, such as sanitary toilets, to help meet the goal, while ignoring whether such projects will function well, he said.

Other major points from the conference were that industries capable of increasing rural people's incomes should be developed, while all kinds of skilled workers should be encouraged to return to rural areas to set up businesses. Efforts should be made to maintain stable employment and address wage arrears for rural workers, the conference determined.