CHENGDU, Dec. 24 (Xinhua) -- As this year marks the 20th anniversary of China-Japan-Republic of Korea (ROK) cooperation, the 8th China-Japan-ROK leaders' meeting offers a catalyst to further build consensus and advance ties to a higher level.

Before the two foreign leaders came to Chengdu, Chinese President Xi Jinping met with them separately in Beijing on Monday. 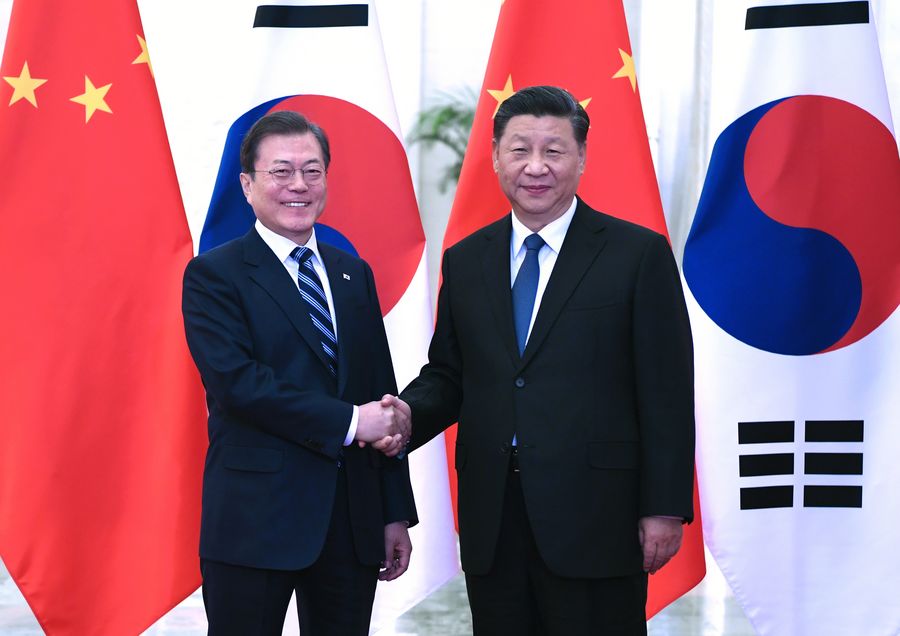 Chinese President Xi Jinping meets with President of the Republic of Korea (ROK) Moon Jae-in at the Great Hall of the People in Beijing, capital of China, Dec. 23, 2019. (Xinhua/Rao Aimin) 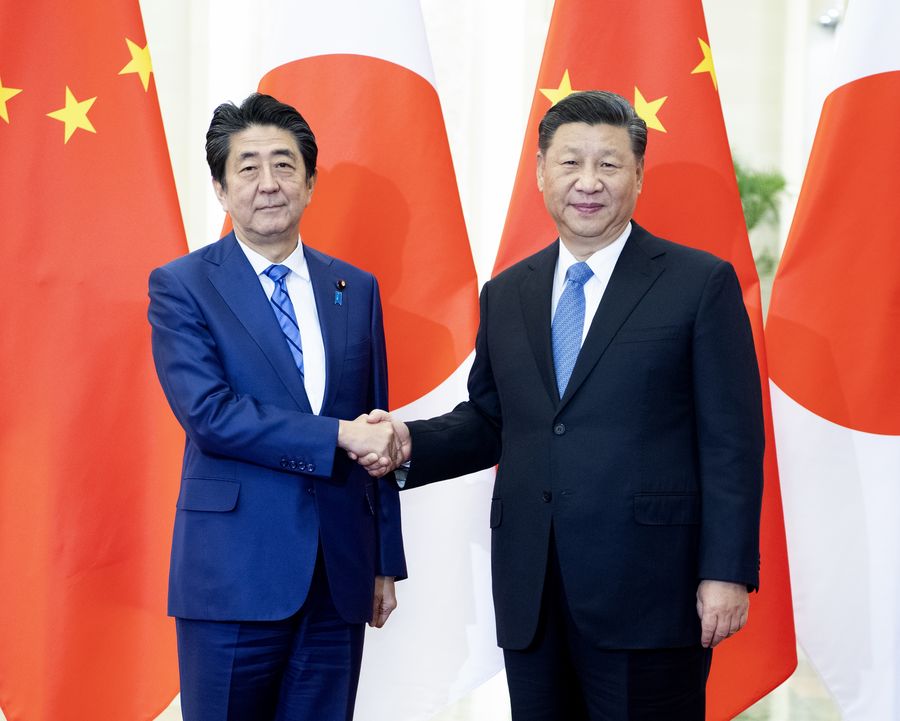 In a world undergoing profound changes rarely seen in a century, the three countries enjoy a sound momentum of development of ties and their cooperation faces huge opportunities at a new starting point.

The three countries have forged an all-round cooperation system with the leaders' meeting as the core and supported by 21 ministerial meetings. Their cooperation covers over 30 areas.

China-Japan-ROK trilateral investment agreement has already been signed, and 16 rounds of negotiations on free trade have been held so far. 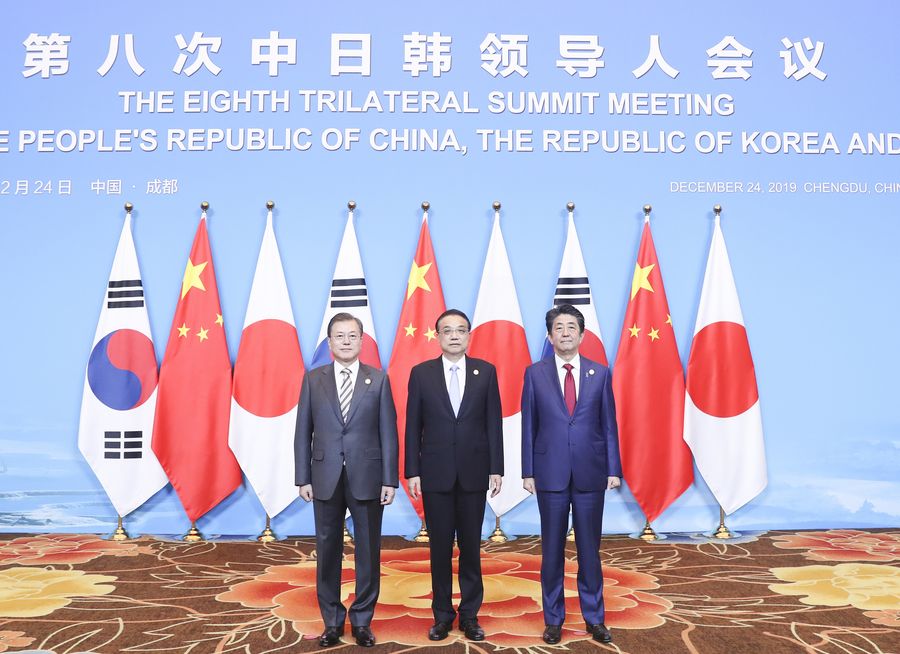 "We should speed up the negotiations and establish a free trade area with high standard as early as possible, to realize high-level trade and investment liberalization and facilitation," said Premier Li during the meeting.

During the leaders' meeting, Li called for strengthening cooperation on innovation, environmental protection, as well as people-to-people exchanges. "We should enhance exchanges and pragmatic cooperation in such fields as health, aging, and climate change, and increase the sense of fulfillment and happiness of the people," he said.

A document, titled "Trilateral Cooperation Vision for the Next Decade," and another one on the "China-Japan-ROK+X" early achievement outcomes were released during the meeting.

"A trend for future cooperation is 'China-Japan-ROK+X,' that is to say, the three countries will strengthen cooperation in other markets. For example, they can make use of their respective advantages and resources to promote connectivity along the Belt and Road," said Jiang Ruiping, former vice president of China Foreign Affairs University.

Japan and the ROK have considerable advantages in high-tech areas, including information and big data. Meanwhile, China boasts a huge market, as well as unique strengths in 5G and the Internet.

"We welcome enterprises from Japan and the ROK to seize opportunities of China's expanded opening-up and win more business opportunities, to better realize mutual benefit," Li said at a business summit.

Apart from bilateral and trilateral pragmatic cooperation, regional and global issues were also on the agenda of the leaders' meeting.

Li said the three countries should jointly safeguard regional peace and stability, adding that the denuclearization of the Korean Peninsula and the setting-up of a peace mechanism will be in their common interests.

The three countries should continue to promote dialogue to score progress, properly handle reasonable concerns of all parties, and work for a political resolution of the Korean Peninsula issue to realize lasting peace in the region, said Li.

He called on the three sides to reinforce unity and jointly cope with common challenges.

The three countries should "carry forward the spirit of sharing weal and woe, and firmly support multilateralism and free trade," said Li.

At a joint press briefing after the meeting, Moon and Abe expressed the readiness to lift trilateral cooperation to new heights, safeguard free trade and multilateralism, and play constructive roles in realizing the denuclearization of and lasting peace on the Korean Peninsula.

Observers share the view that as the multilateral system is being threatened, and protectionism and unilateralism are on the rise, the cooperation among China, Japan and the ROK can play an exemplary role for the world. ■