Smiling faces on the train of Qian-Zhang-Chang HSR

On December 26, 2019, the entire Qian-Zhang-Chang high-speed rail was put into operation, and customers took the first ride on the train. With laughter and happiness, people took the ride to Xiangxi Prefecture, Zhangjiajie, Changde in the era of HSR. The photos show the smiles of travelers on the way to their destination. 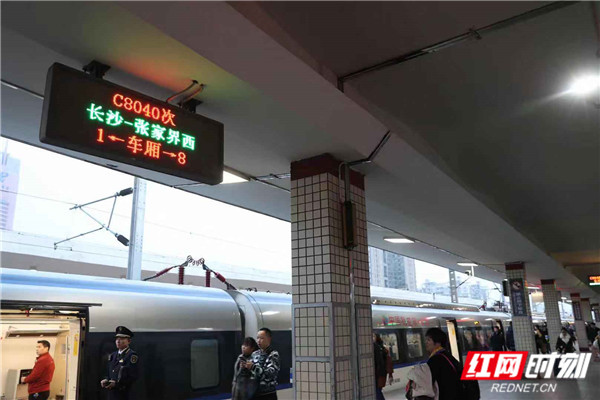 The train C8040 departs from Changsha Railway Station on time at 7:38. 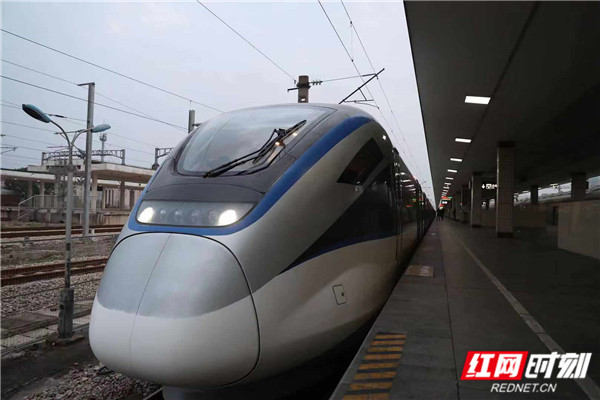 The train C8040 departs from Changsha Railway Station on time at 7:38.

On the train from Changsha to Zhangjiajie, the cabin crew takes a group photo with a signboard. 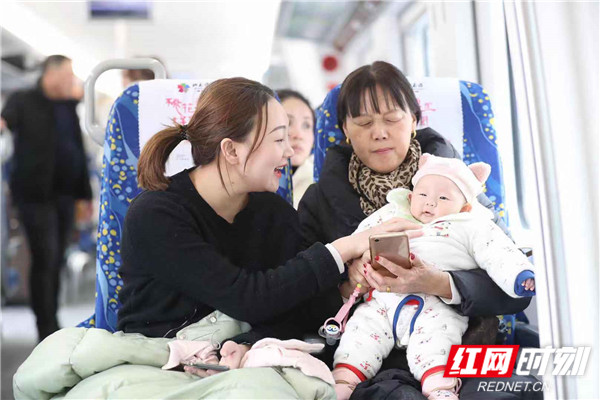 The train C8040 is fully occupied and passages are satisfied with the new train. 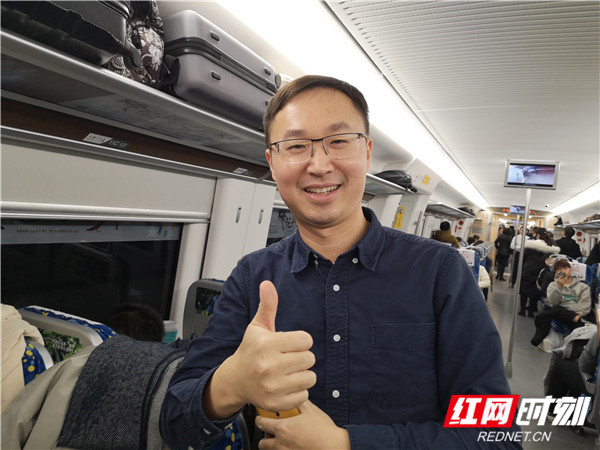 Tu Lei, a passenger on the C8040 train, often needs to travel from Changsha to Zhangjiajie for meetings. He said that it usually takes more than 5 hours by car, and it takes 3 hours now by train, which is more convenient and not affected by weather. 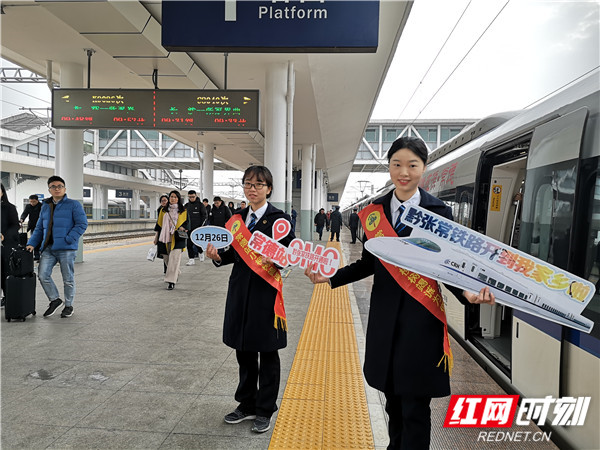 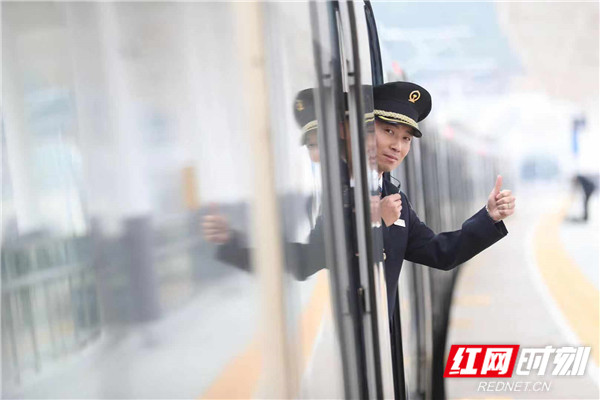 The train conductor gave a thumbs up, expressing that the train C8040 arrived safely at Zhangjiajie West Station on time. 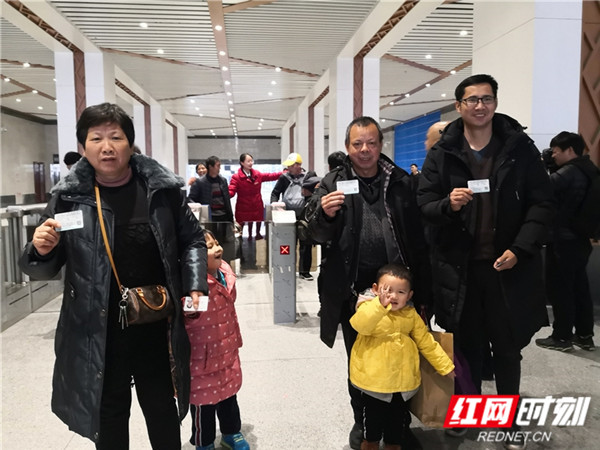 Early this morning, Ms. Wang, a citizen, rushed to Zhangjiajie West Station to collect the ticket. She takes the train C8033 to Changsha, and she looks forward to a wonderful journey!

A foreign tourist from London originally bought a train ticket to Changsha, but he heard that the Qian-Zhang-Chang HSR was officially put into operation today. He returns his ticket and purchases a ticket for a special experience! 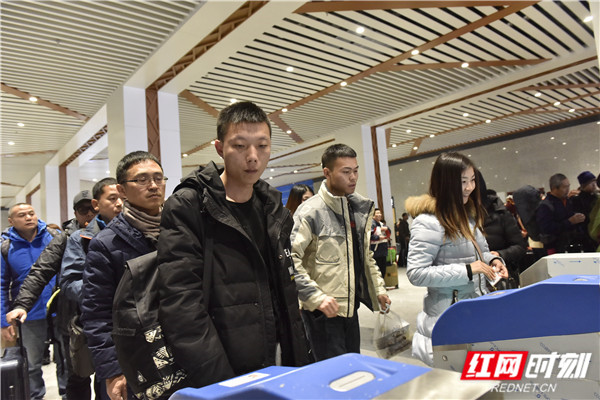 Picking up the ticket, entering the gate and the station, the passengers are happy to leave from Zhangjiajie West Station! 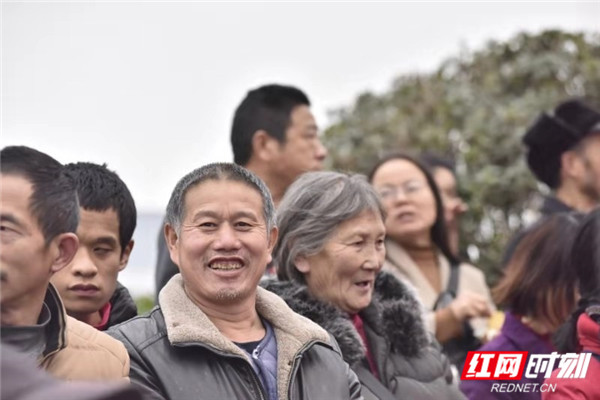 With smiling, the people of Zhangjiajie are in the high-speed rail era. 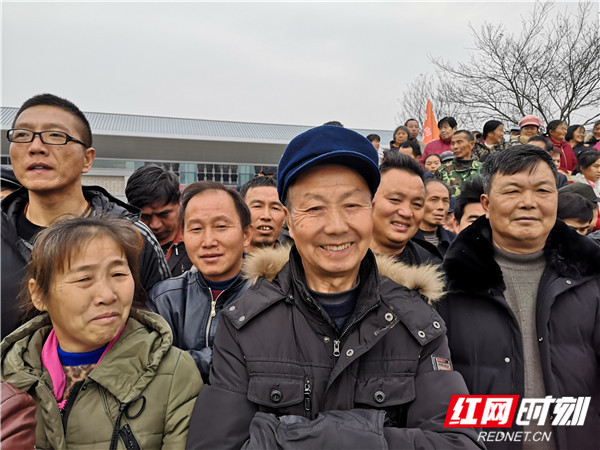 "We're ready!" Citizens gathered around Zhangjiajie West Square, waiting for the imminent moment of the official launch of the Qian-Zhang-Chang HSR.

The HSR connects Southwest China's Chongqing municipality and a city in Hunan province.The 335-km-long rail line links the Qianjiang district of Chongqing and the city of Changde in Hunan, passing seven railway stations with a maximum speed of 200 kph in its initial phase of operation.

The railway is part of a major high-speed rail line connecting Chongqing; Changsha, capital of Hunan; and Xiamen in Southeast China's Fujian province.