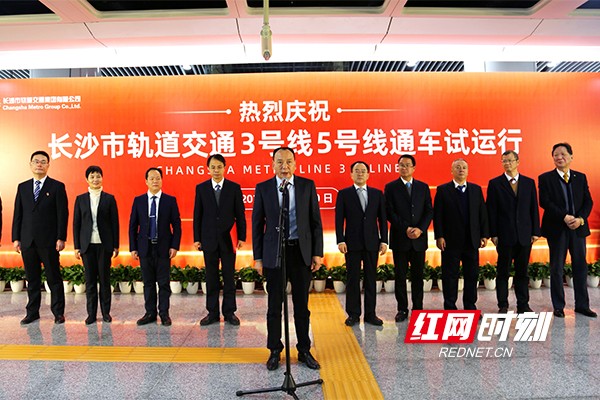 On Dec. 30, Changsha Metro Line 3 and Line 5 both opened for the trial operation. The lines will start operation in July of 2020. The opening of the two major metro lines connect the city from east to west, and from north and south, which extend lines of Changsha City Rail Transit Planning, and the network has basically been formed. The first and second phases of the construction are finished. The traffic mileage increases 59 kilometers, with more 42 stations and 6 transfer stations. At this point, Changsha's rail transit mileage and operating mileage have reached 161.2 kilometers, with 105 stations and 14 interchange stations, and the comprehensive efficiency of the operating subway will be fully expanded.

The general public can take the subway directly to the six districts and one county in Changsha's main urban area. Changsha enters the subway era by the convenient and efficient transit network for the "half-hour circle by subway".