At present, the rail mileage of Changsha (including the opened lines 1, 2 and 4), is ranked the 20th in China. In 2020, Changsha Metro Lines 3 and 5 will be officially put into operation, and Changsha Rail Transit will up to 161.2 kilometers of mileage. 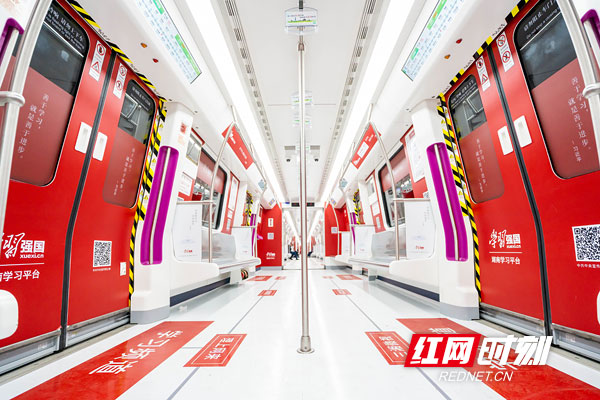 Volunteers in the subway provide service for travelers.

In recent years, Changsha's subway mileage growth rate is number one in the central cities of China. Since the first metro line was built in Changsha in 2014, in just five or six years, the operating mileage of Changsha's rail transit has reached to 100.9 kilometers. According to statistics of the China Rail Transit Association, Changsha rail transit Mileage (including the opened lines 1, 2, and 4) is ranked 20th in China.

By 2020, Changsha Metro Lines 3 and 5 will be officially put into operation, and the operating Changsha Rail Transit will up to 161.2 kilometers. Citizens can take the subway directly to the six districts and one county of Changsha's main urban area. At that time, the "Half-hour circle of urban life" will cover the whole urban area.

Inside a subway station, a show is teaching kids for fire safety. 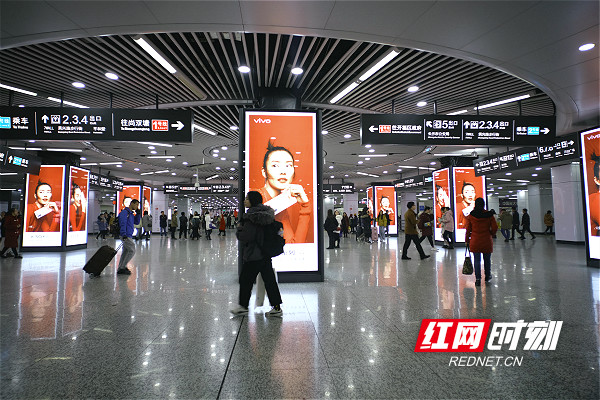 The gate fully supports QR code entry and exit. There is an LED screen above the exit gate of Wuyi Square Station for further guidance.