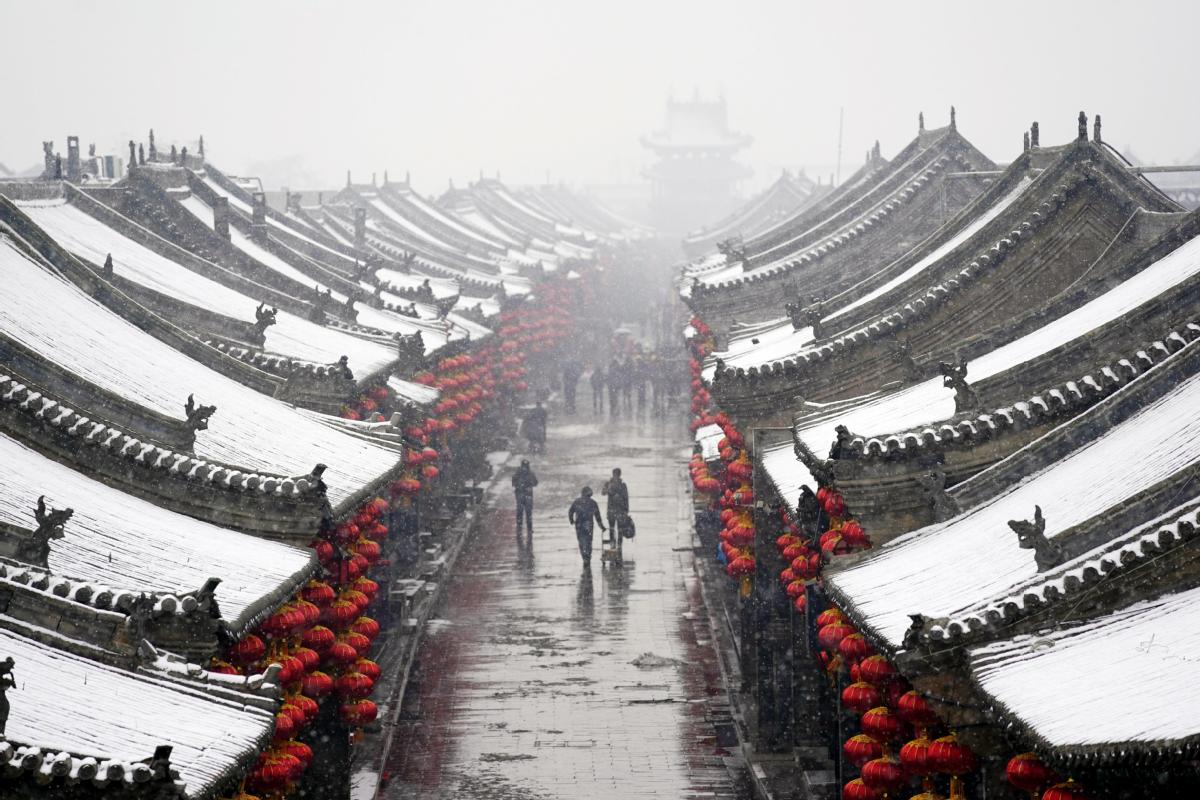 Tourists saunter through the Pingyao ancient city in Shanxi province after a snowfall on Sunday. One of the best-preserved ancient cities in China, Pingyao was inscribed on the UNESCO World Heritage list in 1997. By Monday afternoon, heavy snowfalls with an average snow accumulation of 2 to 6 millimeters are expected to hit areas including Shanxi. ZHAN YAN/XINHUA

A powerful winter storm lasting through Wednesday will bring heavy snowfalls to more than 10 provincial-level regions in China, including the western parts of Beijing, the National Meteorological Center said.

Blizzards first appeared in parts of North and Central China on Saturday and then headed southward to affect wider regions with stronger force, prompting the center to issue a blue alert for blizzards - the lowest level in the country's four-tier system - on Sunday morning. 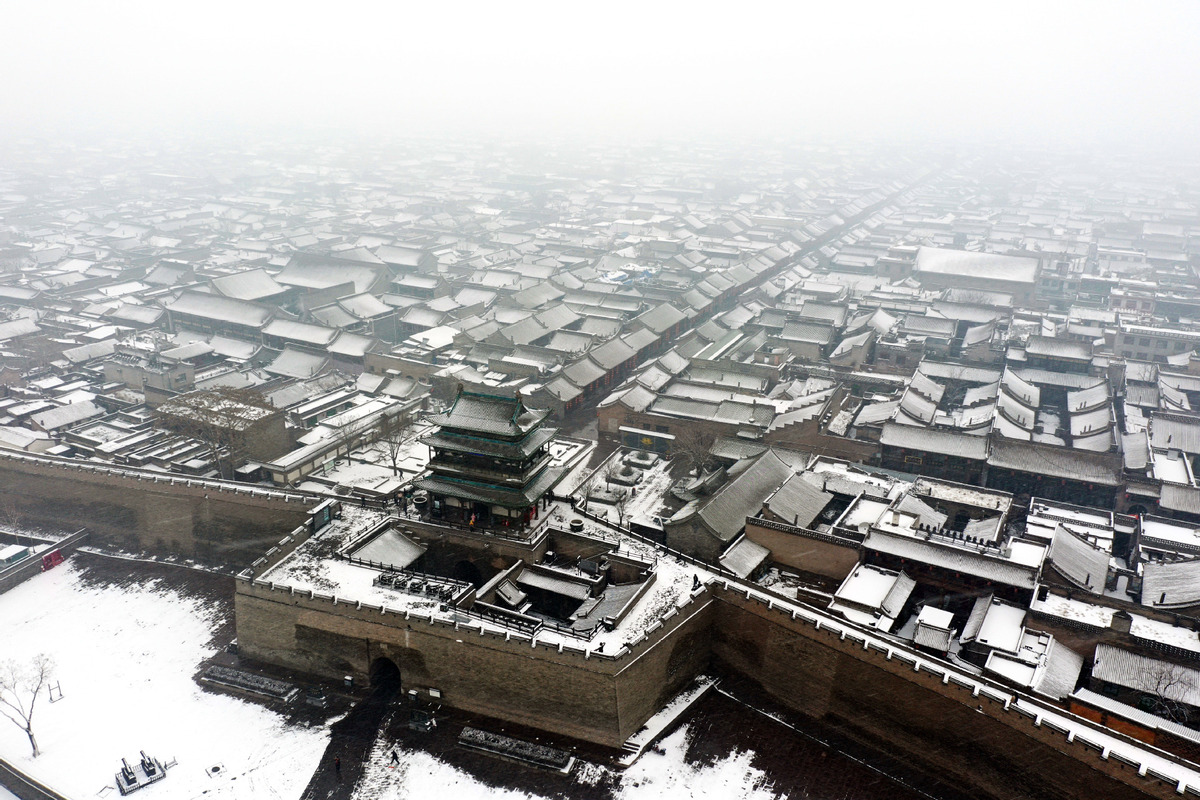 By Monday afternoon, heavy snowfalls with an average snow accumulation of 2 to 6 millimeters are expected to hit areas including Shaanxi, Shanxi, Hebei and Henan provinces, as well as Beijing, Tianjin and the Inner Mongolia autonomous region, making it the first widespread storm of 2020, the center said.

The hardest-hit areas will be parts of the Tibet autonomous region and Yunnan province in Southwest China, which are forecast to see up to 18 mm of snow. 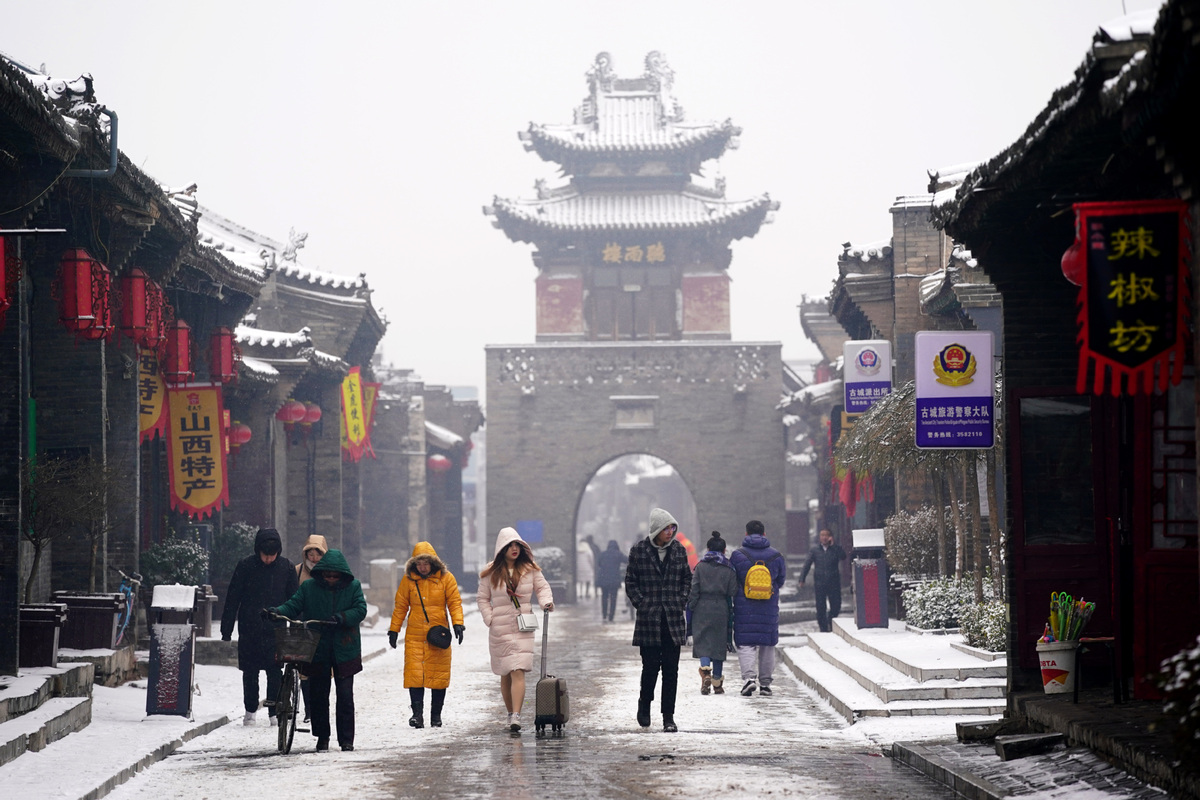 Beijing, especially its mountainous western regions, including Shijingshan and Mentougou districts, were expected to see the third snowfall of this winter from late Sunday to early Monday, but this round of snow was likely to be less intense than the last two, the Beijing Meteorological Service said.

Meanwhile, moderate to heavy rain will pound widespread areas stretching from the western part of Yunnan province, across large swaths of eastern and central provinces, and into parts of North China. 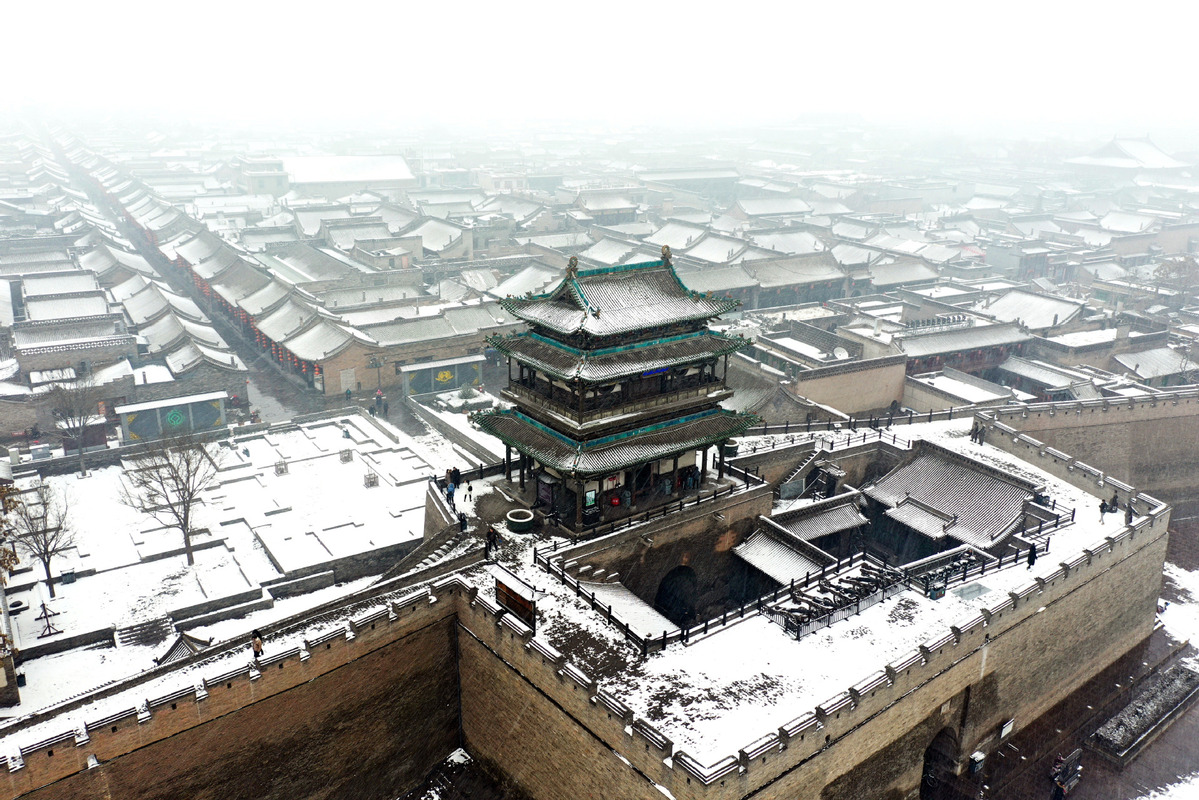 Chen Tao, a chief forecaster at the center, said some regions, including Shandong and Henan provinces, will see up to 70 mm of rainfall, approaching or even surpassing regional historical records.

"It is not common to see heavy rain in Southwest China, such as Chongqing, during winters, so extra precautions against weather-related risks should be taken," Chen said. 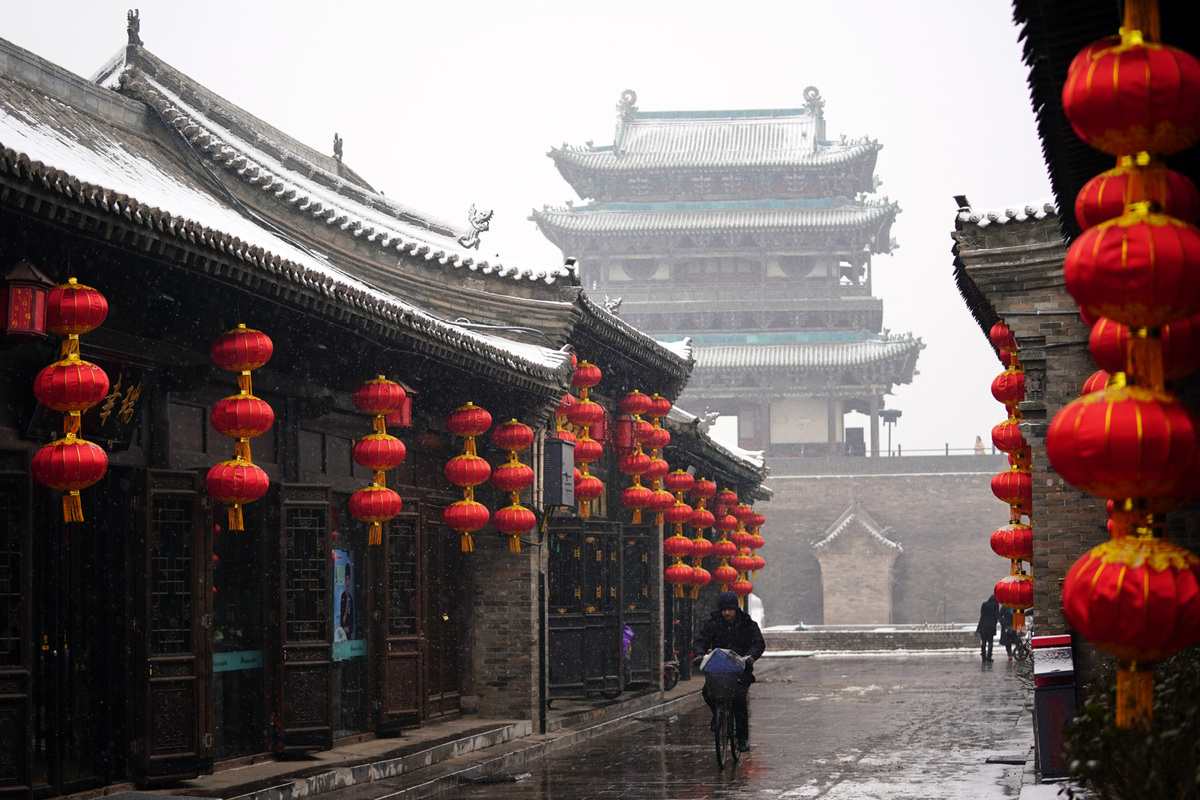 With chunyun, the 40-day travel rush around Spring Festival, set to kick off on Friday, Zhang said authorities across China were implementing measures to reduce hazards brought by the winter storm.