On the first anniversary of a control plan for Beijing's sub-center construction in the eastern suburb of Tongzhou District as well as the relocation of the city's key municipal organs, a more livable, business-friendly city with good working conditions is taking shape, sparkling with vigor and vitality.

BEIJING, Jan. 12 (Xinhua) -- West of the 6th Ring Road in Beijing, construction of the widely anticipated Universal Beijing Resort is in full swing.

The initial phase of the project, which includes the Universal Studios theme park, the Universal CityWalk commercial complex and two resort hotels, is going to receive visitors in 2021.

"The project, after completion, will play a leading role and provide an impetus for the socio-economic development of the surrounding region," said Xu Liping, the resort's vice president of government affairs. 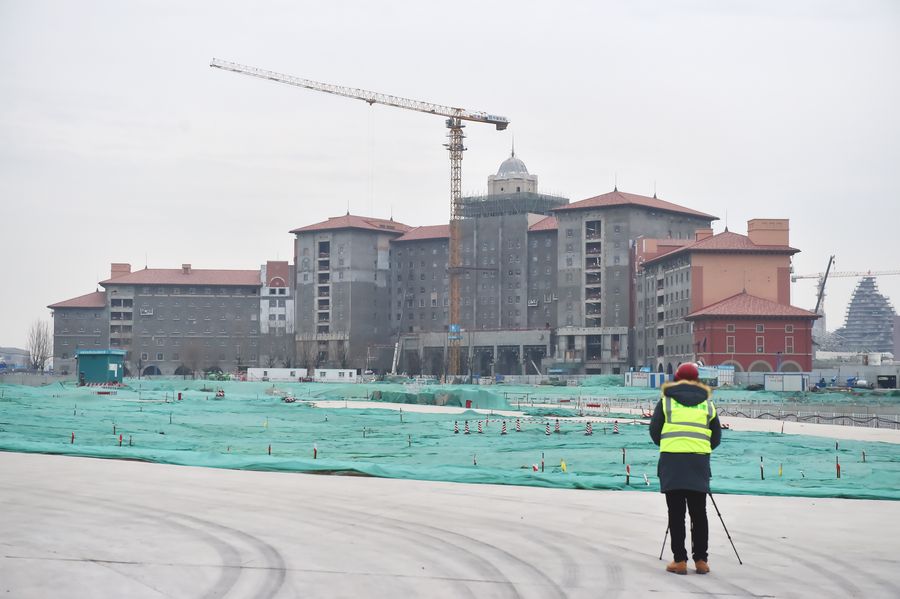 Beijing will step up efforts to promote the high-quality growth of its sub-center, said mayor Chen Jining in his government work report delivered Sunday at the opening meeting of the annual session of the municipal people's congress.

Priorities will be given to the sub-center in selecting venues for pilot programs, key projects, high-performance companies and technological applications, Chen noted.

As implementation of the control plan for Beijing's sub-center construction in the eastern suburb of Tongzhou District speeds up, a more livable, business-friendly city with good working conditions is taking shape, sparkling with vigor and vitality.

Another mega project has started construction to the west of some key municipal organs of Beijing, which moved their offices from the downtown area to the city's sub-center.

The 1.3 million-square-meter underground transportation hub, the largest of its kind in Asia, is scheduled to be ready for traffic by the end of 2024, linking cross-regional and intercity railways, and several metro lines. 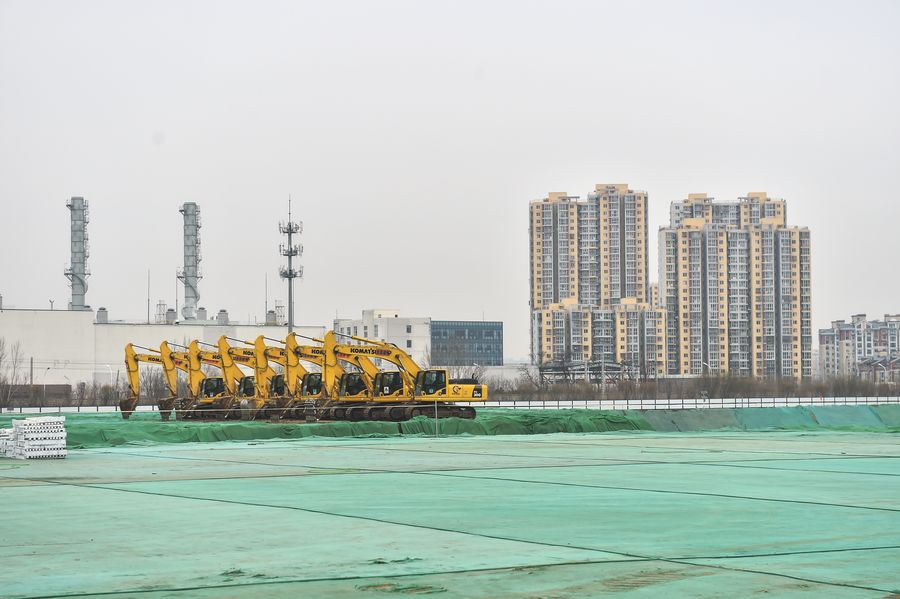 With a founding history of more than 2,200 years, Tongzhou is the north end of the Beijing-Hangzhou Grand Canal and served as the gate of grain shipping to China's imperial capital in ancient times.

Zhangjiawan, historically a key port along the canal where the 16th-century Italian priest Matteo Ricci landed to enter the capital city, used to be a major industrial town in Tongzhou with more than 1,000 industrial enterprises.

As the district ramps up effort to shut down businesses and factories that fail to meet the sub-center's urban utility and environmental standards, Zhangjiawan is becoming a characteristic design town focusing on creative design and urban technology.

Located in the emerging design town, Topnew, a traditional knitwear manufacturer, has had its unused factory buildings replanned and repurposed as the company moved its main business segment out.

"The old industrial area, under unified planning with the integration of design and technological resources, will be built into a world-class, energetic fashion design block," said Cao Zonghe, Topnew's general manager. 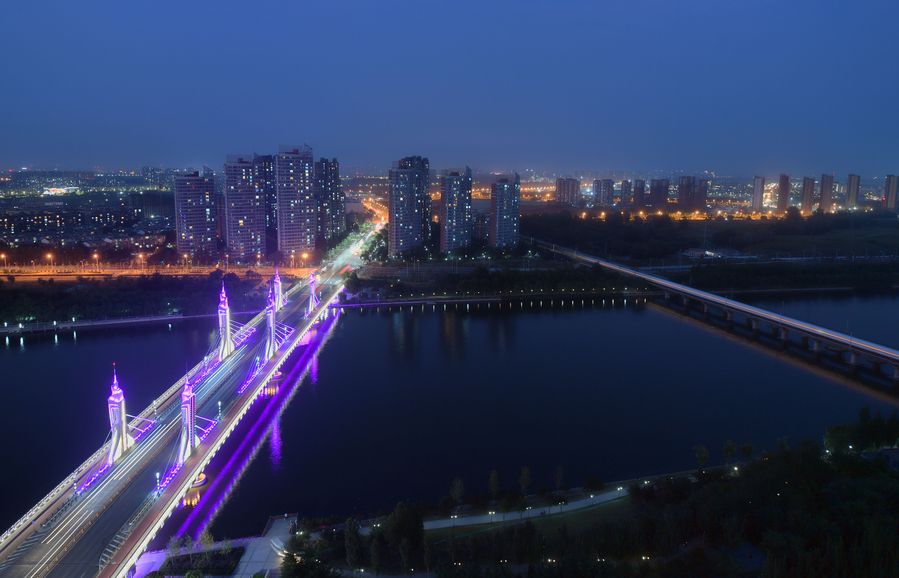 Tongzhou was positioned as Beijing's "satellite town" in 1993 and then a "new town area" before the 155-square-km sub-center was planned.

Today, as one of Beijing's "two new wings" along with Xiong'an New Area, the sub-center has set a model of quality-driven development by gathering a variety of superior resources.

The sub-center has witnessed the settlement of headquarters of centrally-administered state-owned enterprises, branches of state-owned commercial banks, high-tech companies, a national cybersecurity industrial park and a human resource service park.

Tongzhou is also at the forefront in building a pilot area as Beijing pushes for further opening of its service sector, with the actual use of foreign capital and total foreign trade volume growing by 8.4 percent and 15 percent year on year respectively in 2019.

"We had a solid start in 2019, and will bring in more suitable industries to make the sub-center a vibrant city," said Hu Jiulong, deputy director of the sub-center's management committee.

Standing under a tall apricot tree along an open and bright hutong (alleyway) ranked among the "10 most beautiful streets in Beijing" in 2019, 64-year-old Ma Yusheng, a Tongzhou local who grew the tree, said the place was a mess several years ago.

"Cars couldn't come in, and the neighbors just emptied their trash at the hutong's entrance," Ma recalled.

Tongzhou released a three-year action plan on the reconstruction of backstreets and alleys in 2017, renovating buildings and public spaces, building parks and handy service facilities, as well as improving greening and the environment. 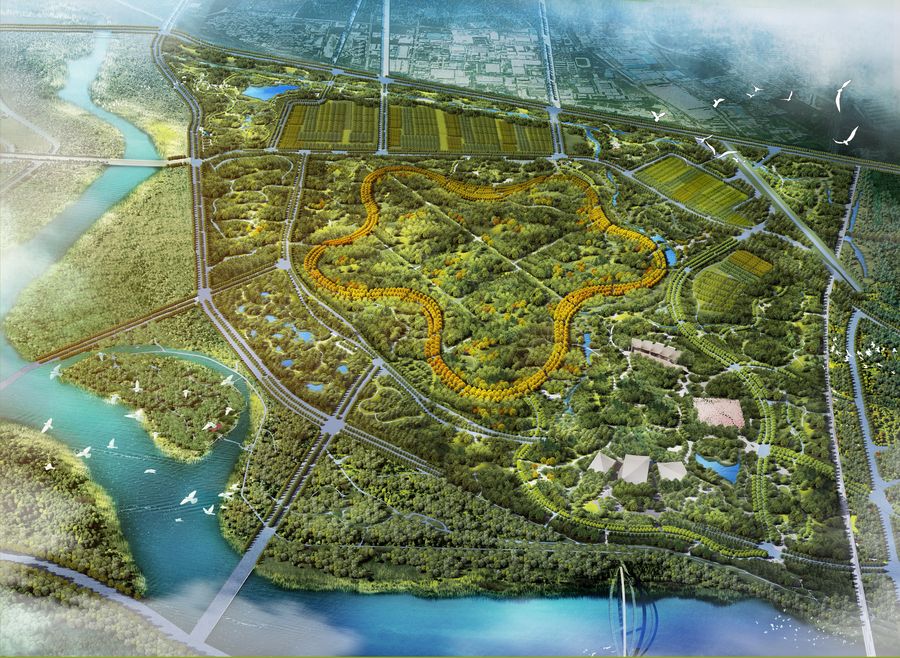 This undated photo shows the artistic rendering of the afforestation project in Tongzhou District, sub-center of Beijing. (Xinhua)

The district also renovated a total of 263,500 square meters of its old residential communities in 2019 and reconstructed 58-km-long water supply pipelines in those neighborhoods.

"It's beautiful outside and warm inside, and we have an intelligent access control system now," said Liu Dexin who lives in the Tianqiaowan community.

The living conditions of Tongzhou residents have significantly improved one year after the control plan for the sub-center's development was implemented, so was the ecological environment.

The region saw its average PM2.5 density drop to its historical low of 46 micrograms per cubic meter in 2019 as emissions of vehicles and production were reduced and dust pollution was controlled. The water quality of 11 rivers and 101 small ponds in Tongzhou was improved.

The sub-center had introduced branches of well-recognized schools and hospitals in Beijing, along with several international ones, and opened 13 new kindergartens in 2019.

"It's quite convenient for me to see a doctor here," said Wu Wenxin, lying in bed waiting for surgery at the Beijing Friendship Hospital the next day.