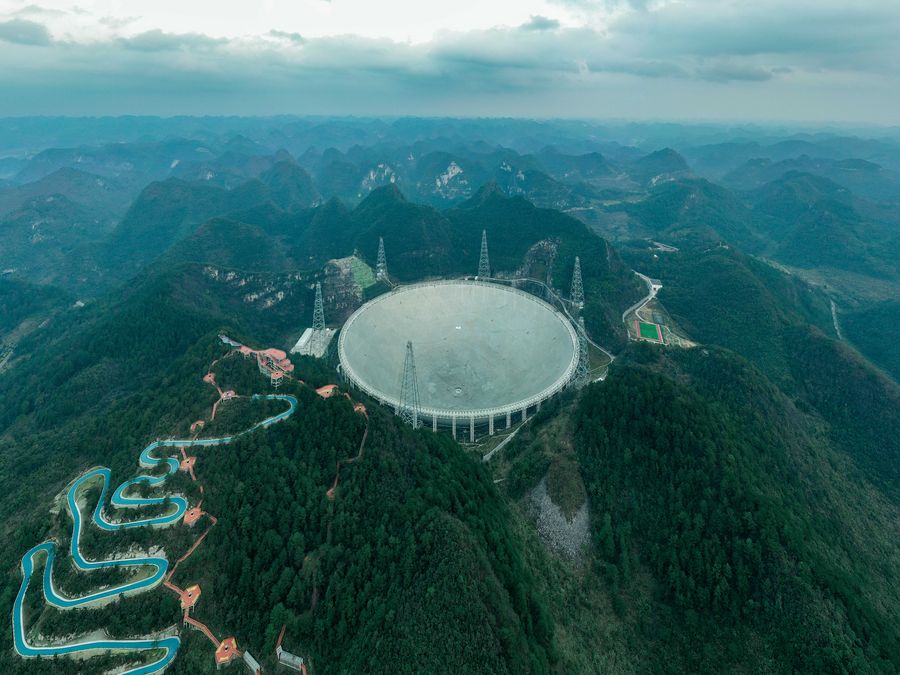 GUIYANG - China completed commissioning of the world's largest and most sensitive radio telescope on Saturday, putting it into formal operation after a productive three-year trial.

The telescope will gradually open to astronomers around the globe, providing them with a powerful tool to uncover the mysteries surrounding the genesis and evolutions of the universe.

All technical indicators of the telescope have reached or exceeded the planned level, and its performance is world-leading, Shen Zhulin, an official with the National Development and Reform Commission, said at a commissioning meeting Saturday.

The Five-hundred-meter Aperture Spherical radio Telescope (FAST) is a single-dish telescope with a diameter of half a kilometer and a receiving area equivalent to about 30 football fields. It is located in a naturally deep and round karst depression in Southwest China's Guizhou province.

After its commissioning, FAST can now be used for observation at full capacity, and is expected to make a number of major scientific discoveries in the coming two or three years, said Jiang Peng, the chief engineer of the telescope. 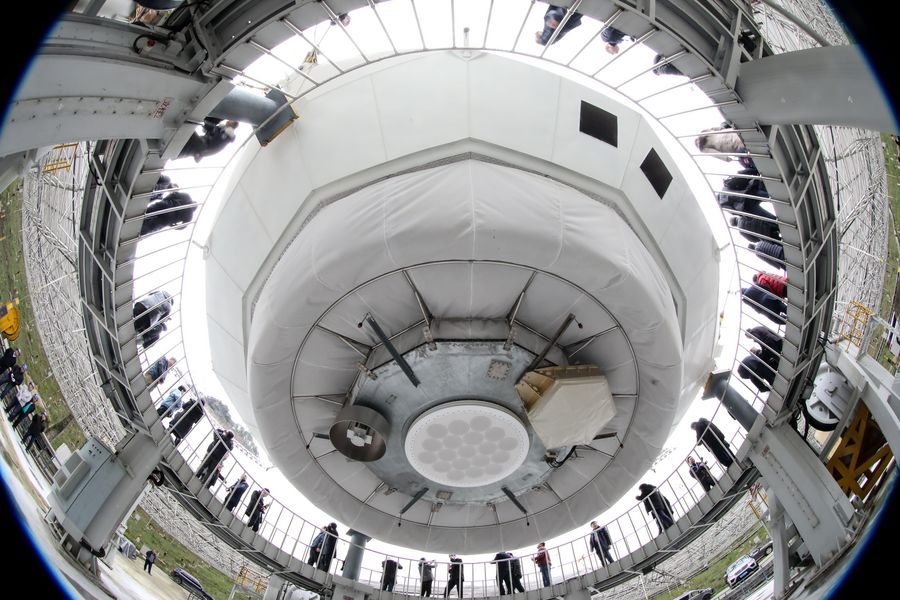 In over two years, FAST has identified 102 new pulsars, more than the total number of pulsars discovered by research teams in Europe and the United States during the same period.

It has also improved the timing accuracy of pulsars to about 50 times the previous level, making it possible for humans to detect extremely low-frequency Nahertz gravitational waves for the first time.

Dubbed "China Sky Eye," FAST is about 2.5 times as sensitive as the second-largest telescope in the world and capable of receiving a maximum of 38 gigabytes of information per second.

FAST has expanded four times the volume of the space range that radio telescopes can effectively explore, which means that scientists can discover more unknown stars, cosmic phenomena and laws of the universe, or even detect extraterrestrial life, said Li Kejia, a scientist at the Kavli Institute for Astronomy and Astrophysics at Peking University.

Carl Heiles, a professor of astronomy at the University of California, Berkeley and a member of the National Academy of Sciences of the United States, said FAST has provided revolutionary opportunities to astronomy, especially in identifying pulsars and observing interstellar clouds. 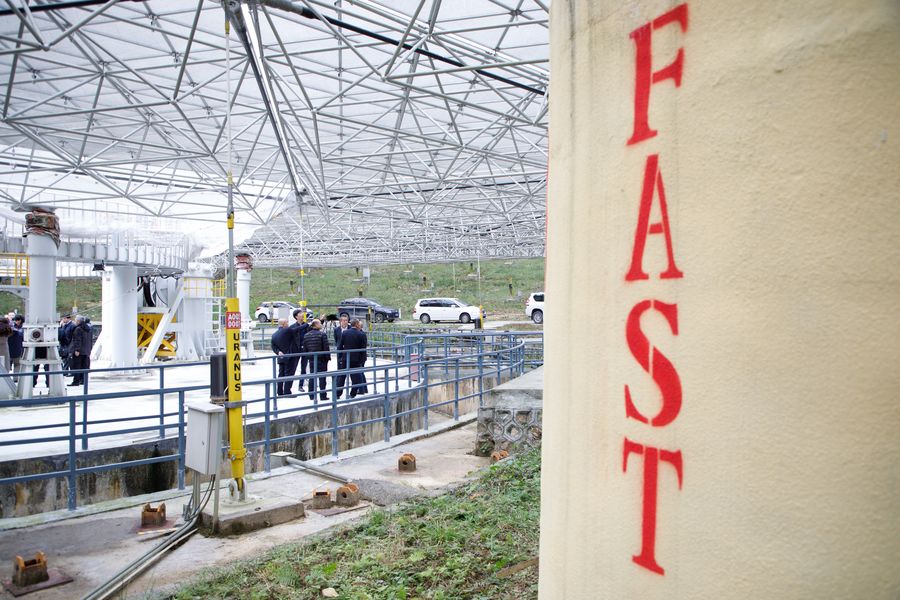 With a cost of nearly 1.2-billion-yuan (around $170 million), FAST was completed in September 2016, over 20 years after it was proposed by Chinese astronomers.

Yan Jun, former director of the National Astronomical Observatories of the Chinese Academy of Sciences and project manager of FAST, said with growing economic strength and increasing investment in basic scientific research, China is poised to make greater contributions to the common cause of mankind.

Nearly 10 scientists from the United States, Britain and Pakistan have worked at FAST. More global collaborations are expected in areas such as gravitational wave detection and very-long-baseline interferometry (VLBI) following its formal operation.

To ensure FAST's performance, about 7,000 residents living in the vicinity were relocated, before moving back to a town 10 km away from the telescope. An astronomy-themed park has been built around the site of FAST, drawing a large number of visitors and tourists.

Nan Rendong, who had worked as the chief scientist of a team who selected the site for FAST and oversaw its construction, died in 2017 due to sickness at the age of 72. China honored him with several posthumous titles, including the "role model of our times."