Nation soars ahead with space missions 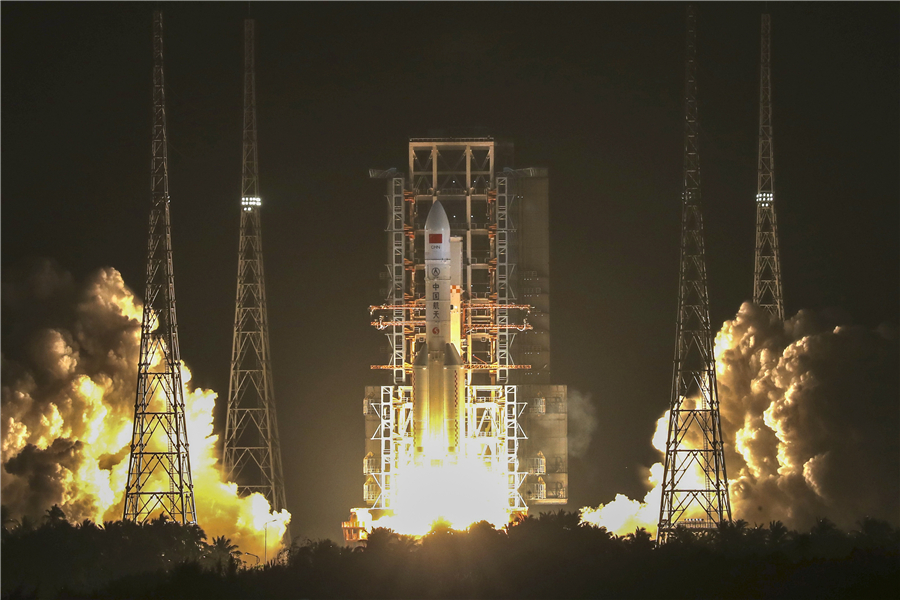 A Long March 5 rocket lifts off on Dec 27 from the Wenchang Space Launch Center in Hainan province to place the Shijian 20, the largest, heaviest and most advanced domestic satellite, into orbit. [Photo by Xu Jingxing/China Daily]

Last year, a long chapter was written in the history of China's space industry, with a host of memorable events taking place.

The nation carried out more space missions than any other country, with 32 successful orbital launches.

At the start of last year, the country mounted the world's first expedition to the far side of the moon, which had never before been closely observed by a spacecraft. The Chang'e 4 robotic probe landed on the far side in early January last year after a 26-day journey that began at the Xichang Satellite Launch Center in Sichuan province. It was the country's fourth mission to explore the moon.

Yutu 2, the world's seventh lunar rover and the first to reach the far side, was released from the spacecraft to survey the landing site near the moon's South Pole-Aitken basin, the largest and deepest known in the solar system.

The robot has been operating on the lunar surface for about 370 days-a record. The previous mark was set by the Soviet Union's Lunokhod 1, which worked on the moon for 321 days in 1970 and 1971.

According to the China National Space Administration, Yutu 2 has traveled nearly 360 meters on the lunar surface.

In June, the China Academy of Launch Vehicle Technology, the nation's leading maker of carrier rockets, carried out the country's first seaborne launch of a rocked in the Yellow Sea.

A Long March 11 solid-propellant rocket was fired from a mobile launch platform in the waters off Shandong province, sending seven satellites into orbit nearly 600 kilometers above the Earth.

The mission-the world's first seaborne space launch for five years-shows that China has the technologies and capabilities required for such an operation and also indicates that the country has found an alternative to its ground-based launch centers. 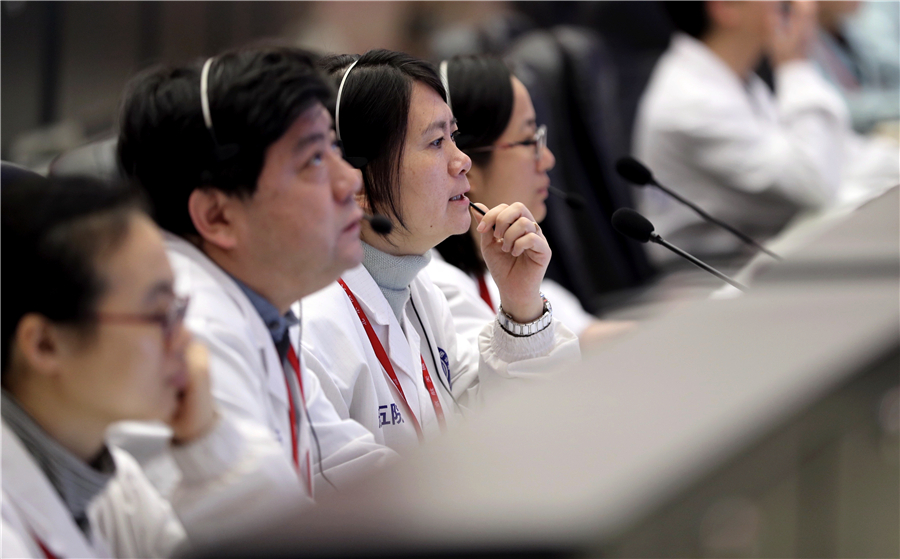 Before the seaborne mission, more than 310 launches had been conducted at the country's four ground centers.

Compared with conventional launches on land, a sea-based one means there is a lower risk for densely populated areas along the rocket's trajectory. The marine method also allows launches to be made near the equator, increasing a rocket's carrying capacity, lowering launch costs and extending the life span of some satellites.

At the end of last year, the third launch mission of the nation's biggest and most powerful carrier rocket, the Long March 5, was conducted in Hainan province, sending the largest satellite ever built by China into space.

Witnessed by tens of thousands of spectators at the Wenchang Space Launch Center, the 57-meter-tall rocket, the tallest and most technologically sophisticated of China's launch vehicles, rose into a cloudy night sky with a blinding white flash and the combined thrust of more than 1,000 metric tons.

Some 37 minutes later, it placed the Shijian 20 experimental satellite into its preset position in space.

The launch attracted widespread public attention and was closely watched by the space industry. It was tasked with not only ferrying the satellite, but also verifying measures by researchers and engineers to detect structural defects and technical hazards that possibly led to the failure of the gigantic rocket's second flight.

Furthermore, its outcome will determine whether China can fulfill its first Mars mission as well as the Chang'e 5 lunar expedition as scheduled.

Carried by the rocket, the 8-ton Shijian 20 is the country's largest and heaviest satellite. It is also the second technology demonstration satellite based on the nation's new-generation platform, the DFH 5, after the Shijian 18, which was lost during the Long March 5's second flight. 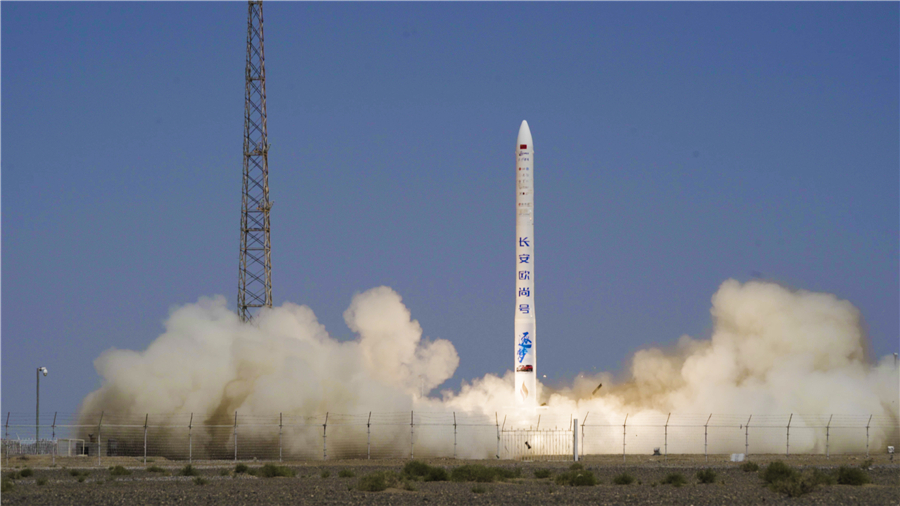 This year marks the 50th anniversary of China's maiden space mission, which placed its first satellite into orbit in April 1970.

During most of the past 50 years, government-run organizations and major State-owned contractors have controlled all the country's space programs, ranging from navigation networks to manned journeys and lunar expeditions.

However, private enterprises have risen over the past year to become a new force, thanks to government encouragement and support.

In July, i-Space, a Beijing startup founded by a group of rocket researchers, used its own carrier rocket, the SQX 1 Y1, to send two satellites and several experimental payloads into space, marking the first orbital mission by the country's private space industry. The researchers previously worked for State-owned enterprises.

The solid-propellant carrier rocket, the first in the SQX 1 series, blasted off from the Jiuquan Satellite Launch Center in the Gobi desert.

Nearly 15 minutes after ignition, the 25-meter-tall rocket placed two satellites from State-owned organizations into orbit about 300 km above the Earth.

The mission's success is considered by industry observers as a new landmark in the country's space industry.

It showed that after previous failed attempts, a domestic private enterprise had finally succeeded in conducting an orbital launch-a threshold for any serious newcomer in the global space sector that had only been crossed previously by the United States' SpaceX.

Leading private manufacturers in China, including i-Space, Land-Space and OneSpace, which are all based in Beijing, have been going all-out to develop their own carrier rockets, which are currently mainly built by State-owned contractors. Such rockets are in short supply because of surging demand for launch services from the domestic satellite industry. 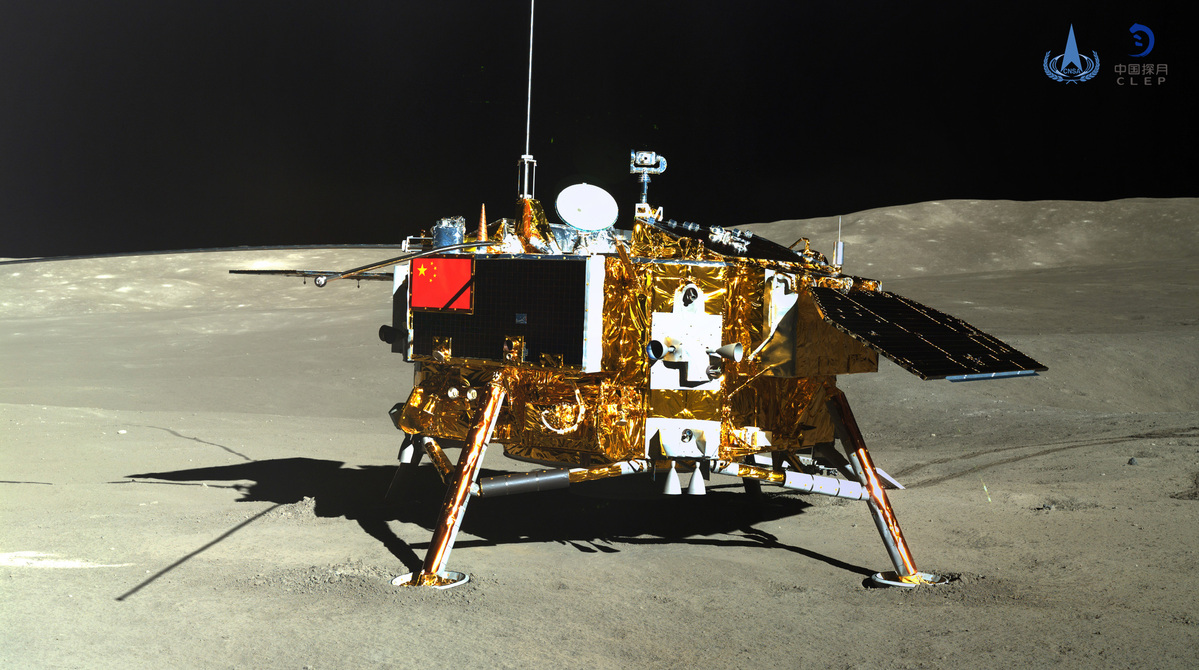 Executives at these companies are aware that becoming the first private company to launch a carrier rocket into orbit is not only an achievement but also means lucrative contracts.

Industry observer Xing Qiang, founder of Micro-Rocket Union, a nonprofit space research organization in Beijing, said the SQX 1 mission will become a symbol of the Chinese private space sector's technological capability and determination, and will also boost investor confidence in the business.

"In the near future, privately built carrier rockets can play a major role in the construction of low-orbiting satellite systems and space-based internet of things networks," he said. "In addition, the rapid growth of the space-based technology demonstration business will need a great number of launch services by these rockets."

Lan Tianyi, a senior industry analyst in Beijing, said this success will help other private rocket makers build up their confidence and will also focus more public attention on the industry.

In researching and developing the engine, the most important part of a rocket, i-Space and LandSpace made key achievements last year. They designed, manufactured and tested their own methane rocket engine, a cutting-edge technology previously dominated by the US' SpaceX and Blue Origin.

Such engines use liquid methane as a fuel and liquid oxygen as an oxidizer. They are reusable, nontoxic and powerful, and central to recyclable rockets.

Zhang Changwu, founder and CEO of LandSpace, said construction of the first of his company's ZQ 2 liquid-fuel rockets, which will be propelled by methane engines, has started and is expected to be completed before the end of the year. The rocket is likely to be ready for launch next year, he added. 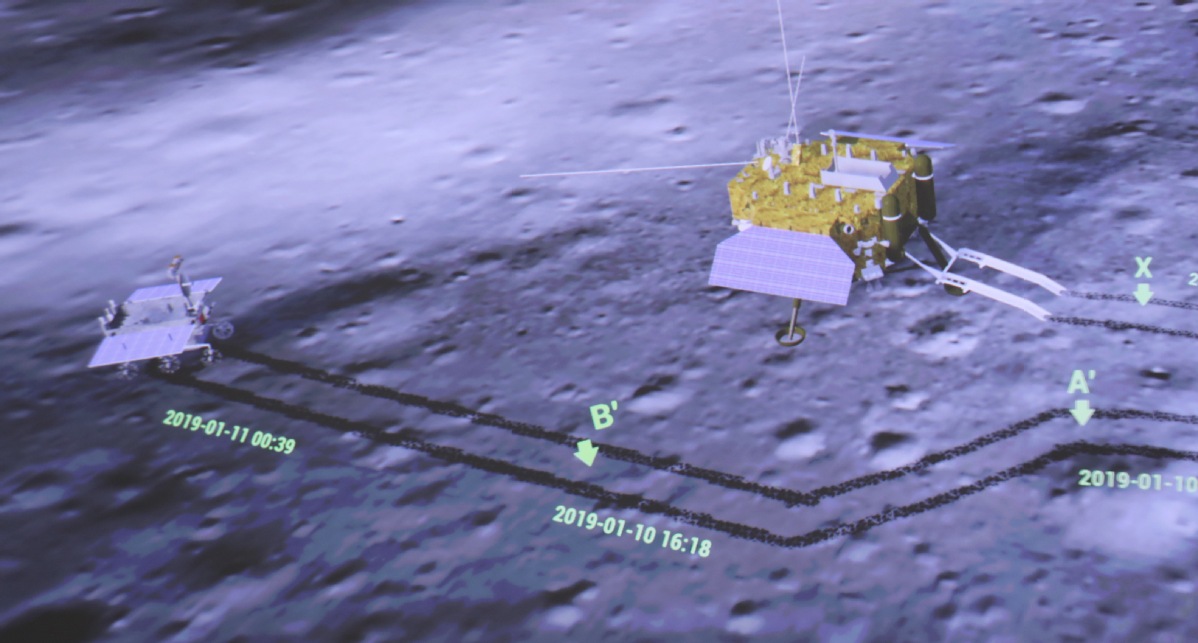 Unlike private rocket makers who made headlines last year, private satellite developers kept a low profile. They set their sights on the game-changing fifth-generation wireless technology, or 5G, for digital cellular networks, as it can create many business opportunities for them.

Xie Tao, CEO of Commsat, said he is looking to a combination of 5G technology and low-orbiting satellites as a major growth stimulus for the domestic satellite industry.

Commsat, based in Beijing is a frontrunner in the private satellite sector. The company has placed in orbit eight small satellites it designed and built.

"If we put 5G technology and a low-orbiting satellite network together, we will be able to do a lot of things, like regular monitoring of wild animals and real-time tracking of transporting hazardous goods," he said.

Xie said the company will develop and build four or five more small satellites this year and is preparing to set up a mass-production factory.

He said that when the Space Law is enacted (due this year), he hopes that a specific proportion of government-funded space programs can be undertaken by private enterprises.

Xie added that this would significantly foster the private space industry and consequently strengthen the nation's overall competitiveness in space.