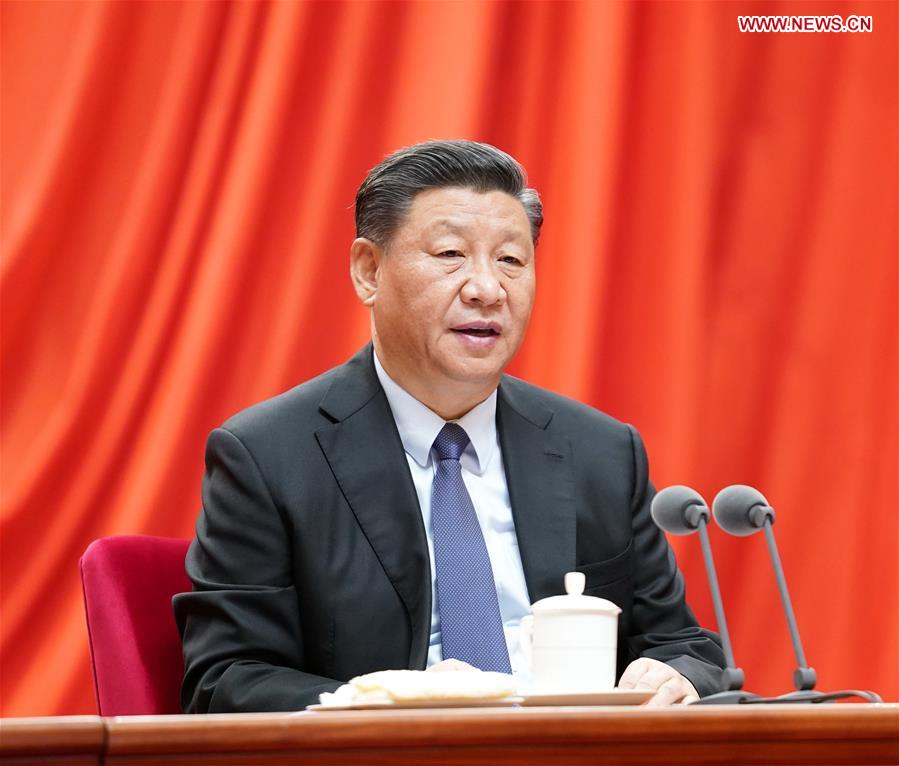 General Secretary of the Communist Party of China (CPC) Central Committee Xi Jinping, also Chinese president and chairman of the Central Military Commission, delivers a speech at the fourth plenary session of the 19th Central Commission for Discipline Inspection of the CPC in Beijing, capital of China, Jan. 13, 2020. (Xinhua/Huang Jingwen)

BEIJING, Jan. 13 (Xinhua) -- Xi Jinping, general secretary of the Communist Party of China (CPC) Central Committee, stressed strengthening checks and oversight over the exercise of power as he demanded consistency in full and strict governance over the Party.

Xi, also Chinese president and chairman of the Central Military Commission, made the remarks when delivering a speech at the fourth plenary session of the 19th Central Commission for Discipline Inspection (CCDI) of the CPC held in Beijing on Monday.

He also stressed upholding and improving the Party and state supervisory systems, adding that the efforts would ensure the Party's line and policies be faithfully followed and provide a strong guarantee to securing a victory in building a moderately prosperous society in all respects and fighting poverty.

The meeting was presided over by Zhao Leji, also a member of the Standing Committee of the Political Bureau of the CPC Central Committee and head of the CCDI.

Historic and groundbreaking achievements have been made in ensuring full and strict governance over the Party with all-around and profound influence, thanks to efforts made in this regard with unprecedented bravery and resolve since the 18th CPC National Congress, Xi said.

The Party has explored a successful way to solve its own problems while staying in power for a long time and avoid history's cycle of rising and falling, and has established a set of effective systems for supervising power and enforcing disciplines and laws, he said.

Xi stressed enhanced political oversight to ensure the implementation of institutions, calling for particular efforts to step up supervision regarding the tasks of securing a victory in building a moderately prosperous society in all respects and the battle against poverty.

He underscored efforts to ensure that the power is exercised in a fair, law-based and clean manner.

Xi stressed solving prominent issues that are strongly concerned about by people in poverty-stricken areas and that undermine the people's interests and targeting the practice of formalities for formalities' sake and bureaucratism in targeted poverty alleviation.

Greater efforts should be made to address "minor corruption" in areas related to people's livelihood, "protection umbrellas" that shelter gang crimes and "stumbling blocks" to the implementation of policies designed to benefit the people, he said.

Xi ordered continuous efforts to crack down on corrupt officials from low-level "flies" to high-ranking "tigers."

He called on Party members to be soberly aware of the grave, complex, long-term and onerous nature of the anti-corruption fight.

Xi stressed severely punishing those corrupt ones who showed no signs of restraint after the 18th CPC National Congress and the corruption issues that seriously hindered the implementation of the Party's theories, lines, principles and policies or damaged the very foundation of the Party's governance.

Tough steps should be taken to address corruption behind various risks, combat graft in the financial sector and state-owned enterprises, strengthen the administration of state resources and assets and fight corruption hidden in local government debt risks, Xi said.

Efforts are needed to investigate and punish insurance fraud in medical institutions, improve the supervision system for overseas state-owned assets and strengthen oversight over leading officials at all levels, Xi said.

Xi demanded to push forward a coordinated system under which officials don't dare to, are unable to and have no desire to commit acts of corruption.

Xi said Party and state oversight systems must be improved and the disciplinary inspection and supervision system must be reformed in a coordinated manner.

While presiding over the meeting, Zhao said that Xi's speech is of great guiding significance in deepening the full and strict governance over the Party.

Party organizations at all levels, Party members and officials should follow Xi's instruction, as well as consolidate and develop the sweeping victory in the fight against corruption, said Zhao. 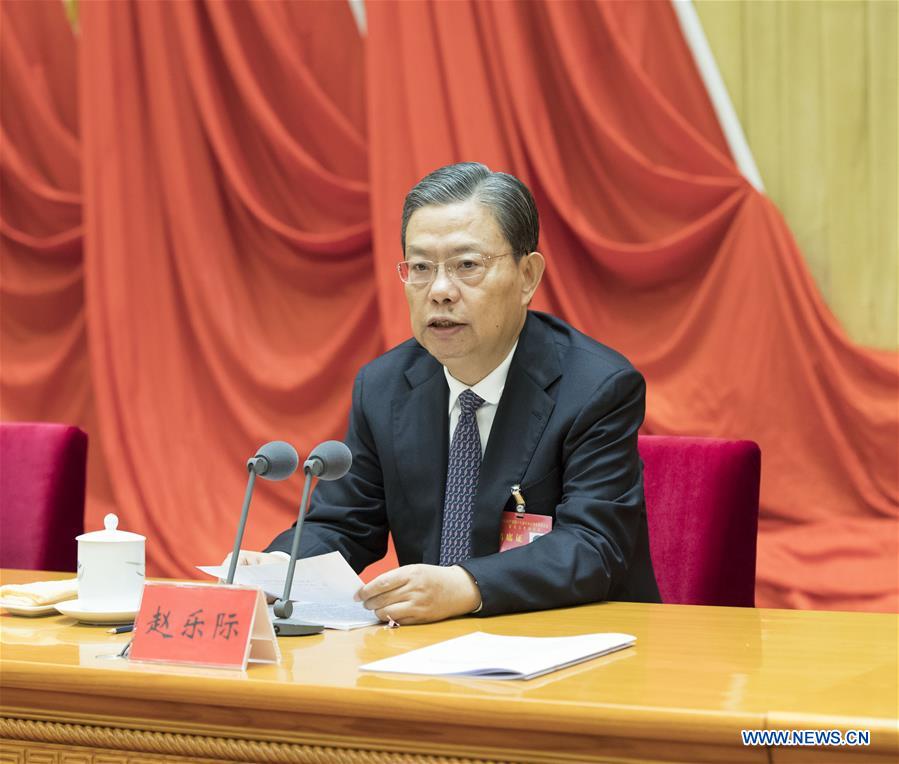 Zhao Leji, a member of the Standing Committee of the Political Bureau of the Communist Party of China (CPC) Central Committee and head of the CPC Central Commission for Discipline Inspection (CCDI), speaks at the fourth plenary session of the 19th CCDI of the CPC in Beijing, capital of China, Jan. 13, 2020. (Xinhua/Wang Ye)