Large-scale commercial use could become reality sooner than expected 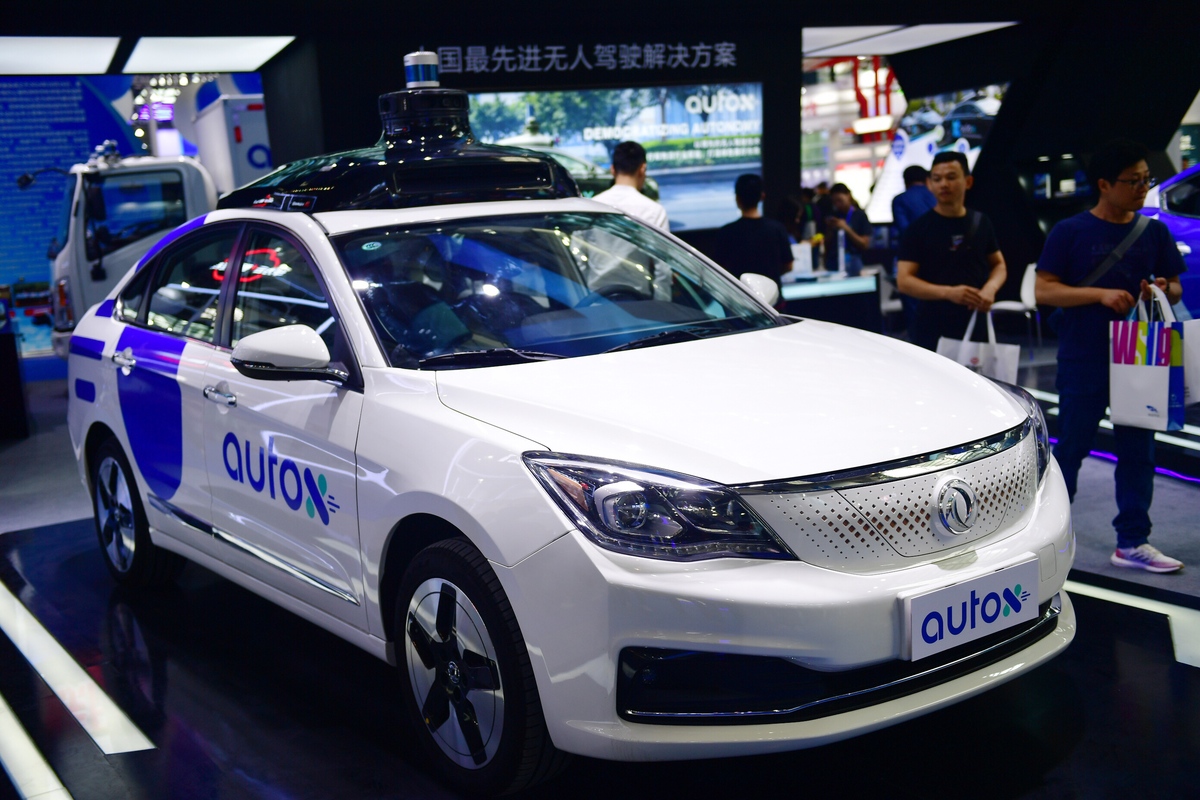 A self-driving car is displayed at the China Hi-Tech Fair in Shenzhen on Nov 13, 2019. [Photo by Xuan Hui/For China Daily]

Large-scale commercial use of self-driving technologies could become a reality sooner than expected, as tech companies are beefing up efforts to conduct passenger tests on unmanned vehicles, build out vehicle-to-everything infrastructure, and promote the application of superfast 5G technology.

It has conducted road tests in 23 cities across the nation, with the tested self-driving cars traveling more than 3 million kilometers in total, and filed 1,237 patents on intelligent driving.

In July 2019, Baidu obtained the first batch of testing licenses for its L4 self-driving vehicles. Level 4 autonomy means the car can drive itself in most conditions without a human driver.

As of December 2019, Beijing had opened 151 roads with a total distance of 503.68 kilometers for road tests of self-driving vehicles, ranking first in the country. So far, the city has issued road test licenses to 77 vehicles from 13 companies, which traveled more than 1 million kilometers.

Rong Jun, deputy head of the Beijing Municipal Commission of Transport, said self-driving has gradually developed from road tests to passenger-carrying tests both in China and abroad.

Road tests for self-driving vehicles are available in more than 20 provinces and cities in China, and six cities－Beijing, Shanghai, Guangzhou, Changsha, Wuhan and Cangzhou－have allowed passenger-carrying tests on autonomous vehicles.

Other companies such as SAIC Motor, BMW, Didi Chuxing and DeepBlue Technology have also obtained such plates for passenger-carrying tests.

Moreover, smart infrastructure will enable faster and safer deployment of autonomous vehicles. In addition to advancing autonomous driving technology, it is just as important to develop sophisticated communication capabilities between vehicles and their environment.

The Beijing-based tech behemoth Baidu has also rolled out an open platform for its V2X or vehicle-to-everything solutions, which will create synergetic interactions between smart cars and intelligent roadways to improve safety and mitigate traffic congestion. Under this system, autonomous vehicles will be able to better communicate with traffic lights.

Li Zhenyu, vice-president of Baidu and general manager of its Intelligent Driving Group, said that artificial intelligence is transforming the automotive industry.

Working with partners such as Ford, Mercedes, BMW, Hongqi, Great Wall Motors and Chery, Baidu is building a new framework for connected vehicle solutions and intelligent transportation, and accelerating the transition of cars to something more than vehicles of transportation, he added.

"We will continue to work together with our partners with the aim of bringing a safer, more comfortable and more efficient autonomous driving experience to all," Li said.

Officials have high hopes for the market. China expects vehicles with some autonomous functions to account for half of new vehicles sold in the nation this year, according to a guideline released by the National Development and Reform Commission.

In April 2018, the authorities concerned released a national guideline on road tests for self-driving vehicles.

Consultancy Roland Berger said China is accelerating its development of autonomous driving and is expected to become a leader in the technology, which is seen as key to the future of the automotive industry.

It is also noteworthy that 5G technology has been applied to self-driving vehicles. The 5G self-driving minibus developed by BroadXT Inc made its global debut during the sixth World Internet Conference in Wuzhen, Zhejiang province.

Powered by a variety of advanced techniques such as sensors, high-precision positioning, the fifth-generation wireless network and V2X cooperative vehicle infrastructure system, the autonomous bus adopts a Level-4 autopilot technology and is able to identify pedestrians, vehicles and other obstacles within 200 meters.

Shang added that the vehicle will be the first mass-produced 5G autonomous minibus in China that has passed tests on open urban roads, while the official said China is taking the lead in autonomous driving technology.

Experts have warned, however, that firms should proceed cautiously, especially when it comes to people's safety.

"Intelligent vehicles with fully autonomous functions may account for 10 percent of the new vehicles in 2020," said Yang Diange, dean of the Automobile Engineering Department at Tsinghua University, estimating that "self-driving vehicles will be part of our daily lives in 2030".