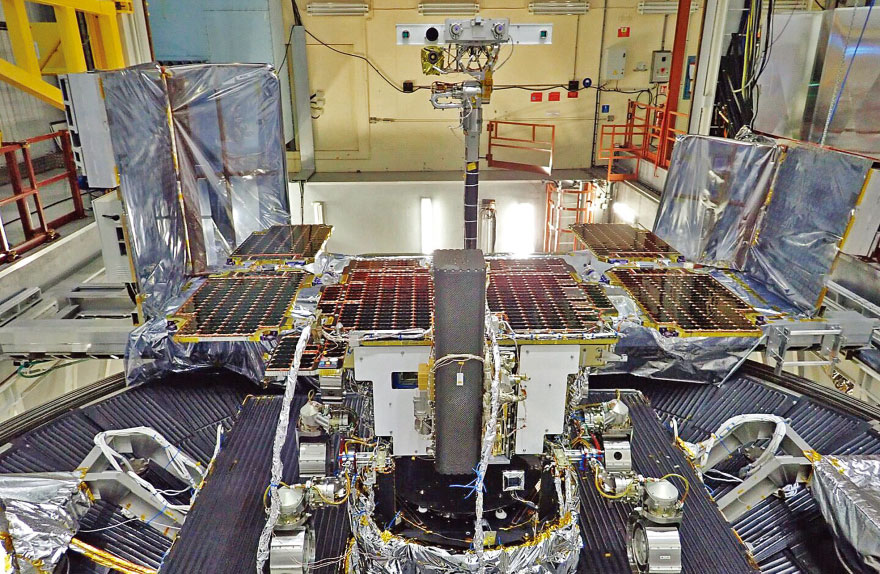 The Rosalind Franklin rover of the joint ESA-Roscosmos ExoMars mission completes a series of environmental tests at the end of 2019 at Airbus, Toulouse, France. [EUROPEAN SPACE AGENCY]

Europe's 22-nation European Space Agency, also known as the ESA, has announced a huge budget increase for its next five years of space exploration and discovery, and its director general has said the prospect of space as a tourist destination "will certainly come".

Last year was not a successful one for the ESA, with development of its ExoMars lander-rover mission, scheduled to take place this summer, significantly delayed after two failed tests of the craft's descent parachute landing system.

As windows of opportunity for Mars landings only come around once every 26 months, it has needed help from the United States' Jet Propulsion Laboratories to try and fix the problem in time.

At its annual news conference in Paris on Wednesday, ESA Director General Jan Woerner announced an increased budget of 14.5 billion euros ($16.2 billion) for the years ahead. That figure is almost 21 percent bigger than the budget agreed in 2016.

" (It) is important at the beginning of a year to think about that it's not just another year. It's a very special year," he said. "Everybody is talking about climate change as the predominant challenge. Yes, it is predominant, but we have also other challenges."

Much talk of space travel in recent times has been around the prospect of travelers paying to go into space, with South African entrepreneur Elon Musk's SpaceX project leading the way, in addition to proposals from British businessman Richard Branson.

SpaceX hopes to send its Crew Dragon spaceship on its first crewed mission soon, and has already released a computer simulation of how it expects the experience to look. And while the ESA is not going to join these businesses in a new commercial space race, Woerner acknowledged the validity of what they were doing and said the ESA would be playing its part.

"We are a public organization," he said. "We are not disturbing the commercial market but we are supporting it to develop new fields. Space tourism will certainly come, not just in lower orbit but also to the moon."

Earlier this week, Tim Peake, the first British astronaut to visit the International Space Station, planted apple seeds that he took with him into zero gravity as part of an experiment, at the home of British scientist Isaac Newton, who reportedly discovered the law of gravity when an apple fell from a tree onto his head.