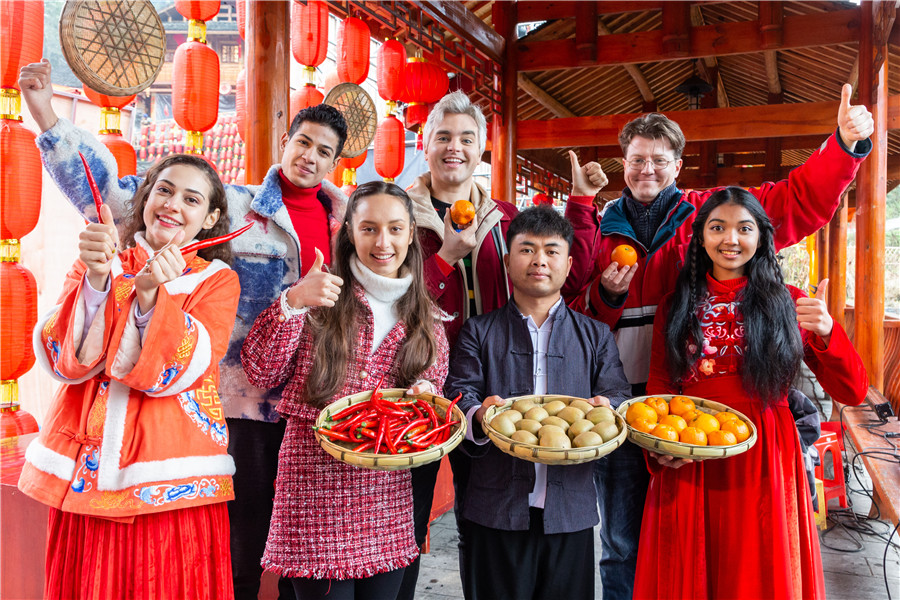 With the Spring Festival, Chinese Lunar New Year, around the corner, a group of young foreigners visited a mountainous village in Central China to see its remarkable achievements in the fight against poverty.

The foreigners, who attended the filming of a TV program celebrating the Lunar New Year organized by Hunan Satellite TV, visited the Shibadong village in Hunan province.

Rhea Slater David, a young man from the US, was surprised to find that wi-fi signal is available in every corner of Shibadong, which prior to the visit he assumed to be a village cut off from the outside world. He made a video call to his families back in the US.

In the old days, Shibadong village was mired in impoverishment due to poor infrastructure and little arable land. 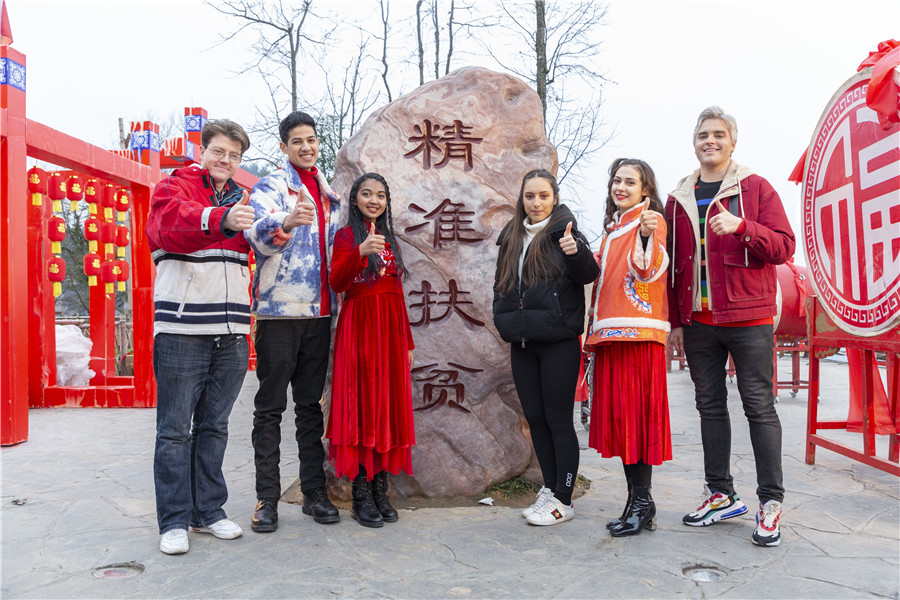 In recent years, with the help of targeted poverty relief policies, Shibadong village has shaken off poverty through industries such as rural tourism, cultivation, and Miao embroidery. The average per capita income has risen from 1,668 yuan ($243) in 2013 to more than 10,000 yuan.

Shi Zhichun is the village's first-person with a master's degree. After graduation, Shi returned to his hometown to help locals get rid of poverty.

He helps villagers sell local products such as chili pepper, rice wine and kiwi fruit by advertising them on live streaming platforms.

"I was surprised to find that in this tiny village people use the internet to sell their specialty products," said Martin from the UK.

"The village is not as underdeveloped as I thought. Instead, they are even more advanced than in the countryside in our country. What I found surprising is that even the seniors use mobile payments such as WeChat when purchasing stuff."

The village development is also attributable to the efforts of outsiders. Among them is Liu Su, a doctorate and graduate of City University of Hong Kong, who left his urban home to dedicate himself to the development of the village tourism.

"After hearing the personal story of Dr Liu, I was deeply moved. Instead of embracing a bright prospect in city, and enjoying a warm family life, he chose to sacrifice for the development of Shibadong," said Zeynep Küçük from Turkey.

"This tour let me know that if a country has made the right policies, then everything will get on the right track. The government has built a bridge and provided a platform for people like Dr Liu to make their contribution," he said.

As part of the anti-poverty efforts, the villagers have become shareholders in various industries, such as Miao embroidery, traditional Chinese medicine and land renting, which bring them revenues.

Saminirina Dinatahina Princia from Madagascar said: "It is the first time I have seen year-end bonus handed out to people in such a massive way. Many elderly women were smiling so happily. Our country is also plagued by problems such as unemployment. I believe many African countries can learn from the experience of Shibadong and improve their peoples' lives." 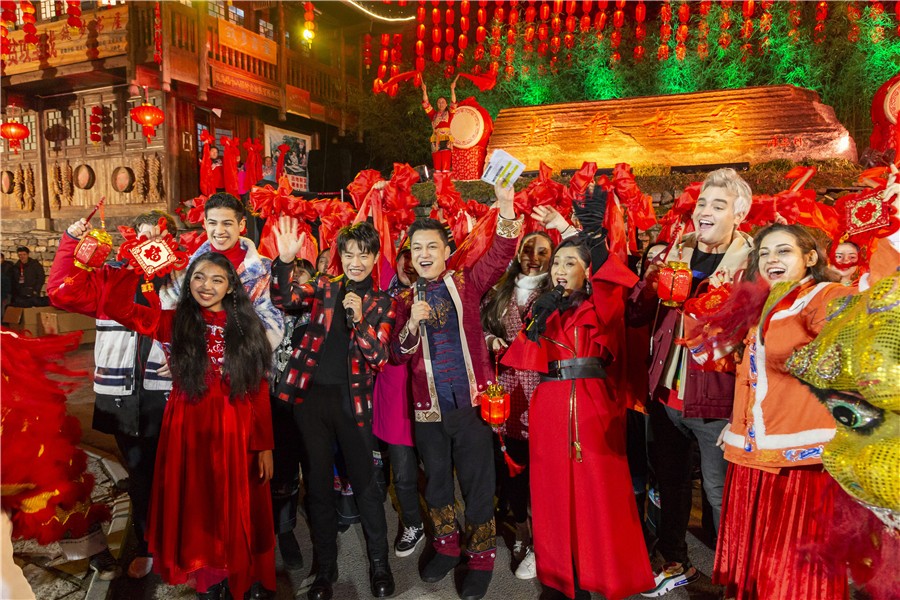