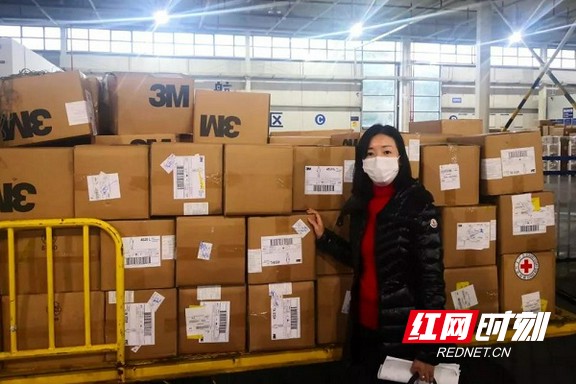 Since the outbreak of the new coronavirus infection, the overseas Chinese companies Jinlong Group positively responsed the proposal of Hunan FOC. Mao Binghua,vice chairman of Jinlong Group, at the first time, issued a "unity is strength, the outbreak" initiative, called on all the Jinlong people involved in the epidemic prevention and control act, go all out to support outbreak in hometown.

On January 31, Changde started the construction of the public health treatment center of the Second People's Hospital of Changde city, and required the mainline to be electrified on February 2.

Upon receiving the news, Jinlong Cable responded quickly. On the same day, it mobilized professional technicians to the site to develop cable product solutions for the construction of the central project, and transferred cable product equipment to the project site as soon as possible to ensure the smooth progress of the project of epidemic prevention and isolation emergency ward.

On januarJanuary 29, MAO Binghua urgently purchased the first batch of medical protective materials overseas, a total of nearly 20,000 pairs of medical gloves, which had arrived in Changsha from Vientiane oof Laos, and immediately delivered to the First Hospital of Changsha, Changsha FOC, Changde FOC at the frontline of the epi. The 60,000 surgical masks purchased domestically have been sent to the provincial public security department, provincial FOC, and Shuangpai county CDC.

On the afternoon of February 1, the second batch of overseas medical materials collected and purchased by MAO Binghua was completed with the full support and assistance of the provincial FOC and overseas Chinese. The day before Thai Air flights were grounded, a second shipment of medical supplies returned home. After arriving in Changsha, a total of 213 boxes of medical protective materials including protective clothing, masks, medical gloves and shoe covers were rushed to Xiangya hospital, Changsha First Hospital and Loudi Central Hospital.

MAO Binghua also works as vice chairman of Hunan FOC. After the provincial FOC issued the initiative, MAO Binghua immediately contacted overseas Chinese and coordinated all parties to quickly set up the overseas procurement and donation working group to urgently purchase and collect epidemic prevention and medical supplies worldwide to support the supply of medical protection materials in the province.

With its assistance, overseas Chinese and institutions operate efficiently, docking, donated materials are being shipped to the country one by one, to help the frontline medical staff.