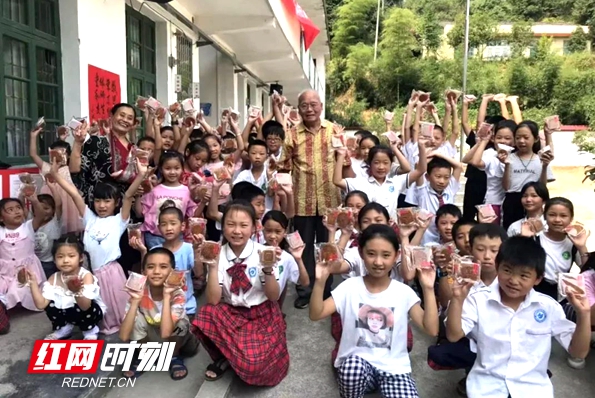 Born in Malaysia in the 1940s, Li Tijian was forced to drop out of school at the age of 13 to become an apprentice due to poverty. He never gave up his dream of studying.

When the new China had just been founded, a chance, he learned that the Chinese government can provide free study fees for overseas Chinese. The idea of going home immediately came to his mind.

"I just thought it would be nice to be able to read, so I borrowed the money to buy the ticket and came back with a pair of shorts, a towel and a basin. That was all my luggage." Li said he arrived at Changsha Mingde middle school in the early autumn of the year. Despite the unprecedented cold weather, Li felt especially warm at the thought of having a book to read.

After living abroad since he was a child, Li feels lonely at night when he returns to this new land. Fortunately, there were many returned overseas Chinese in the class. Although they came from all over the world, they got together for the common ideal of studying. Li soon became one with them, and the feeling of missing his relatives gradually diminished.

With the support from the government, these returnees successfully completed their studies in secondary schools and universities. After graduation, Li was assigned to Hengyang, Yongzhou and other places to teach, andmade outstanding contributions for the local education.

In the early 1990s, li was assigned to work for Yongzhou FOC. As a returned overseas Chinese, he cherish the job. He felt excited every time overseas Chinese gathered in his home country.

After retirement, Li finally had time and resources to devote to the public welfare work he had always wanted to do, which lasted for more than a decade.

In 2006, a school building in Yongzhou was destroyed by floods. Hearing the news, he rushed to the school immediately and saw the students squatting under the eaves of the surviving school building to have a meal. He immediately donated more than 200,000 yuan of his own savings and pension subsidies to build a hall for the school, which made it convenient for the children to eat and carry out daily activities.

Although he is nearly 80 years old, Li still goes to the countryside to visit the poor children he funds every year, and his whole family joins him. His granddaughter followed him to visit the left-behind children in more than 10 schools in the most remoted areas, such as Liuyang, Loudi and Zhuzhou.

To his delight, after his good deeds are reported by the media, the sympathy often arouse. Mandny people join in the donation campaign to make the primary schools in poor areas more beautiful.

Under the inspiration of Li Tijian, the art troupe formed by the retired owners will often go to the schools in the backward areas to carry out love and sympathy performances. Every time they get together, li feels happy, because it means more children will get help.