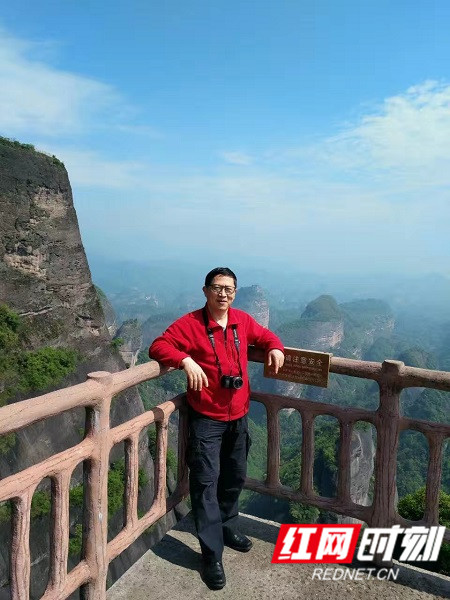 At the hotel in Changsha, Liu Jun, vice president of the Canadian Hunan Association, felt a sense of kinship. "I had too much affection for this land when I was a child living in a nearby compound."

While abroad, Mr. Liu, who specializes in commercial real estate and catering, has come into contact over the years with some Chinese who have lived abroad for years, and have a prejudice against the mainland, and he has spared no effort to explain and share with them what he has seen back home.

Since China's reform and opening up, great changes have taken place in the cities and countryside. Those who went out in the early years and didn't know enough about the country, especially the younger generation, are still stuck in the stereotypes inherited from the past. Mr. Liu said that whenever he came across Chinese who were "prejudiced" about China, he would urge them to go back more often.

Liu spoke highly of the annual summer camp held in Hunan. It is mainly well organized and well managed, so a lot of people like to come to hunan, hunan attaches great importance to, every city, the local overseas Chinese federation and leaders to receive. So when they go back to Canada, they have an impression of the mountains and rivers of their homeland, and at the same time, they have an impression of the people and people of their motherland." He suggested that more summer camp such exchange activities, the students can be a little younger, 10 years old and above primary school students can come in large numbers, each group with two volunteer parents, signed the commission to do management, "everyone together to study and communicate, the effect will be very good."

In Toronto, Liu Jun and fellows from Hunan Association are enthusiastic about public welfare and actively strive for a broader stage for everyone. In 2015, Liu and his fellow made an "epoch - making" move by pushing Tan Geng, president of the Hunan Fellow Association, to be elected as a congressperson of the Canadian parliament, who is Canada's first mainland immigrant member of parliament.

When Tan Geng became a member of parliament, he helped the Chinese to protect their rights, including the establishment of a special "China day", every year from the first day to the 15th of this period, some Canadian parliamentarians and even ministers, the prime minister came to celebrate the Chinese New Year with the Chinese. Liu said it was a great achievement, demonstrating that "everyone must unite outside" to do things that individuals cannot.

Compared with Liu's generation of immigrants, the next generation generally received better high education. "They learn everything quickly, especially English and technology, much better than we do, but they generally don't have the same kind of resilience that we have." Liu said that many of their children are abroad, so how to let them connect with China, learn more about their hometown, and make some contributions to the motherland in the future, "this is also a proposition that needs to be constantly thought over for generations."