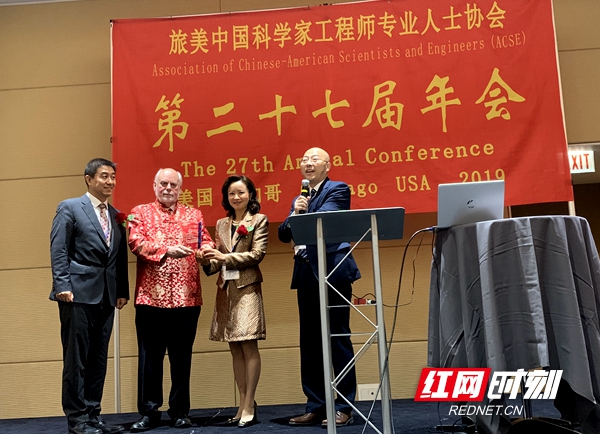 Since its establishment in 1992, the Chinese association of scientists and engineers in the United States has grown from more than 40 members to nearly 10,000 members, and has established 18 regional branches and 16 professional associations. The membership covers the fields of electronics, communications, biology, medicine, and others. It is one of the largest organizations of Chinese scientists in the United States and one of the most influential organizations of Chinese professionals in the gGreater Chicago area.

In recent years, Xiao Xiaolin has led the association to build a platform for exchanges between China and the United States, which has facilitated the exchanges between Chinese and American enterprises, universities, scientific research institutions and other personnel. They have helped Beijing, Jiangsu, Yunnan and other areas to hold large-scale investment promotion activities. They have also helped host delegations from Hunan government to conduct in-depth exchanges with 500 powerful American enterprises and sign letters of intent for friendly cooperation.