Li: China has room to boost its economy 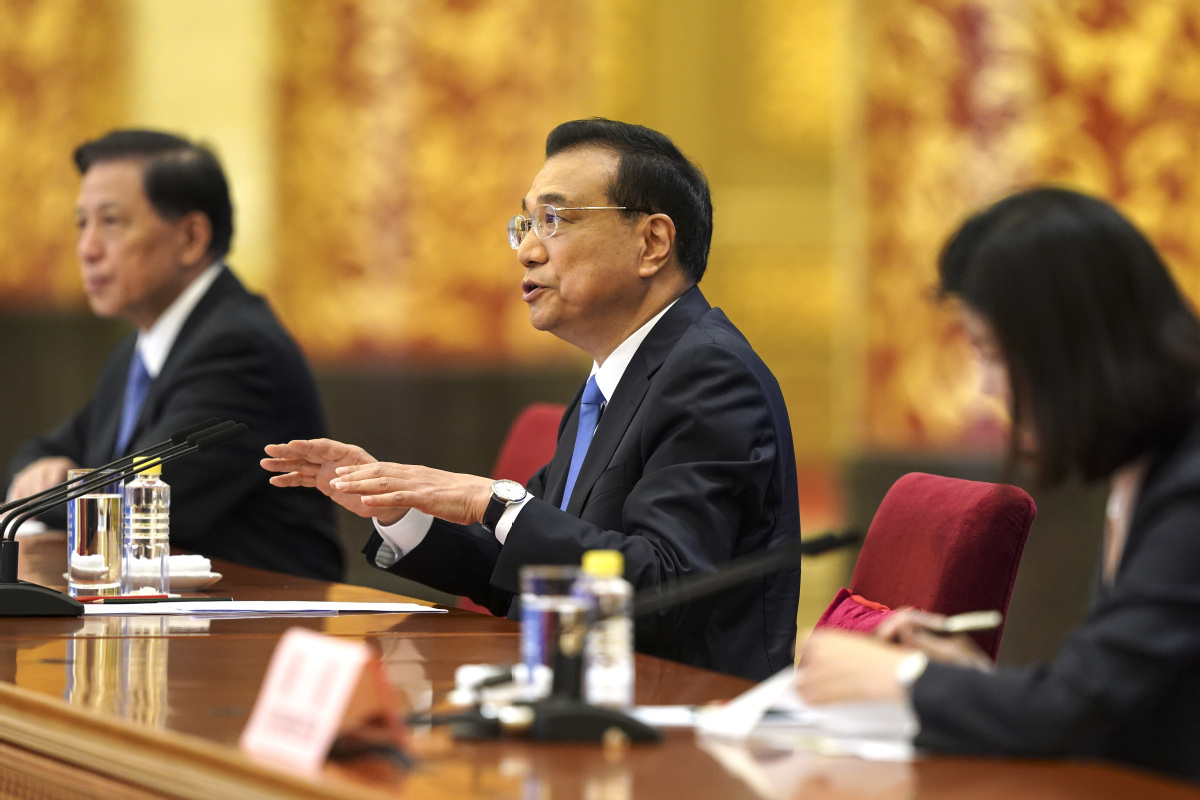 Premier Li Keqiang answers questions at a news conference after the conclusion of the national legislative session on May 28, 2020, in Beijing. [Photo by Feng Yongbin/China Daily]

China may achieve positive economic growth this year despite the impact of the novel coronavirus pandemic, and still has ample policy room to keep the world's second-largest economy on a steady track of growth, Premier Li Keqiang said on Thursday.

"We have reserved policy space on the fiscal, financial, social security and other fronts, and we are in a strong position to quickly introduce new measures, if necessary, without hesitation," Li said at a news conference after the closing of the annual session of the National People's Congress.

"I'm confident that we will, under the strong leadership of the Communist Party of China Central Committee, with Comrade Xi Jinping at its core, and with joint efforts of people across the nation, be able to prevail over the current difficulties, fulfill our tasks and goals for the whole year and complete the building of an all-around moderately prosperous society," he said.

"Keeping China's economic fundamentals stable in itself will be a contribution to the whole world, and China will remain a positive force driving global economic recovery and growth," he added.

China has decided to roll out a number of supportive policies to reduce the operational costs of enterprises, increase investment in infrastructure to generate growth and improve people's livelihoods.

The country has pledged more government spending, raising the fiscal deficit target to at least 3.6 percent of GDP and issuing 1 trillion yuan ($139.8 billion) in special treasuries.

The authorities have also planned to create more than 9 million new urban jobs, keep the surveyed urban unemployment rate at around 6 percent and maintain consumer inflation at around 3.5 percent.

"We will do our utmost to keep China's economic growth stable and, at the same time, we must ensure that all measures taken are well-calibrated," Li said.

"The key for the government to achieve its economic goals is to protect businesses and help them make it through hard times, because it matters for job creation and people's basic living needs," said Xu Hongcai, deputy director of the economic policy committee of the China Association of Policy Sciences.

"Reducing their operating costs is one of the most effective ways to help them survive and resolve their difficulties," he added.

China still has much room for economic maneuvers to keep its economy on track, analysts said.

It is still possible for the country to raise its government deficit ratio to counter an economic downturn as the leverage ratio of the central government is still relatively low compared with that of the United States and European nations. Xu said choices also include further reducing banks' reserve requirement ratio, which is the money banks must set aside as reserves.

Xu Gao, chief economist at BOC International, said interest rate cuts also could be used by China to boost the economy. Local government financing platforms could play a bigger role in functioning as a quasi fiscal tool, he said.

Xu Gao also said that the Chinese economy is recovering solidly and the trend is expected to continue.

"The recovery of the Chinese economy is on a solid track, judging from key economic data for March and April, as the country's macroeconomic policies have been very accommodative. I expect such trends to continue for the rest of the year."

But he said that special attention should be paid to the task of ensuring the survival of enterprises and preventing large-scale bankruptcy as they are directly linked with employment and people's livelihoods.

Li also said that the role of the market will be more respected, and the priority for supportive policies will be on "boosting market vitality".

Yang Weiyong, an associate professor of economics at the University of International Business and Economics in Beijing, said he considers it major progress for the government to liberalize regulation and facilitate business operations. "Allowing the market to play a larger role will help China's economic recovery this year and also help its long-term economic restructuring," he said.

Zhou Lanxu contributed to this story.