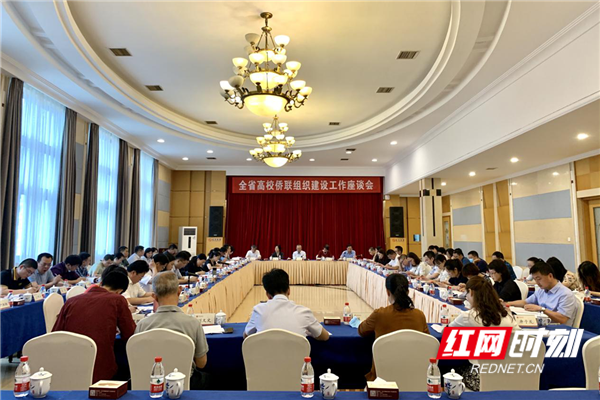 The meeting conveyed the implementation opinions on strengthening and improving the work of the FOCs of colleges and universities in Hunan in the new era by the leading party members' group of the provincial FOC and the provincial education working committee. Representatives of universities and colleges that have established an organization of FOC exchanged experience on the organization of FOC, the reform, the reelection and the investigation. The person in charge of the united front work department of colleges that meets the requirements but has not established FOC organization introduced the basic situation, the preparation for the construction of FOC and the work plan for the next step, and put forward suggestions according to the existing problems and difficulties.