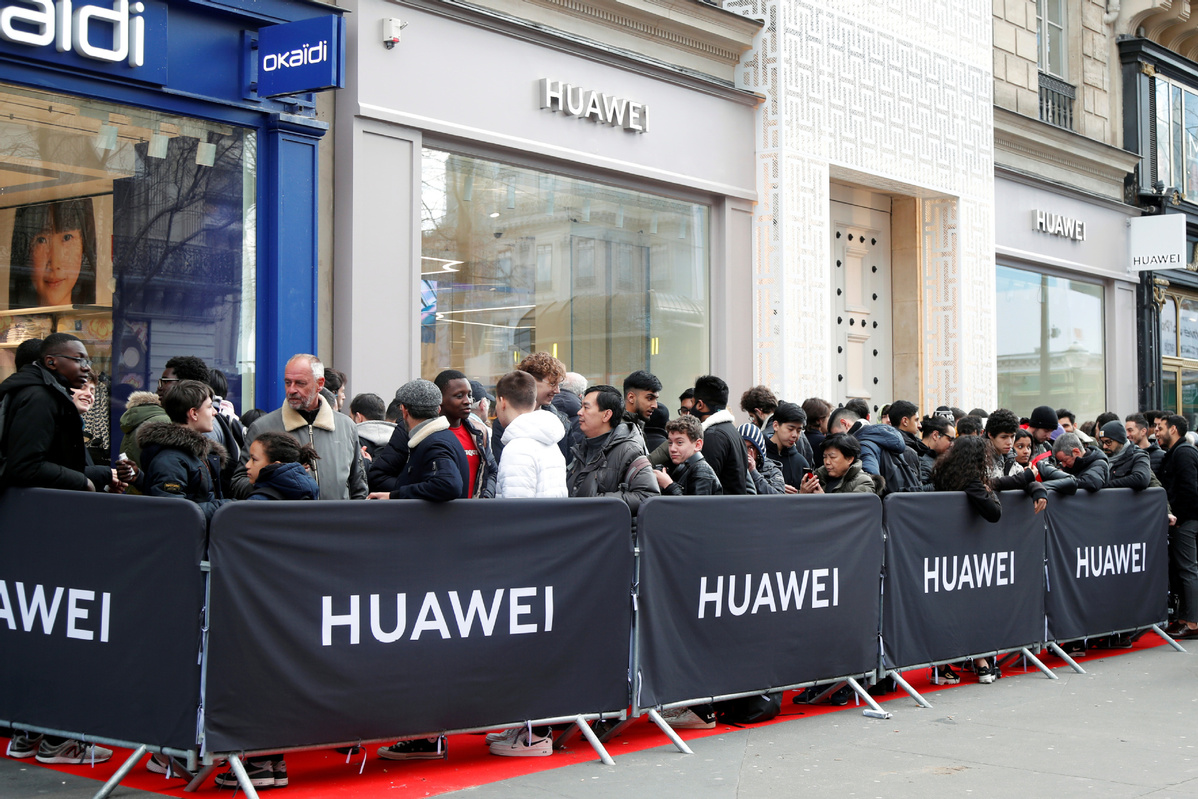 People queue to attend the opening of the new flagship store of Huawei near the Opera in Paris, France on March 6, 2020. [Photo/Agencies]

Huawei has declared 3,147 5G standard essential patents (SEPs), ranking first in the number of SEPs among 5G companies worldwide, according to the latest data from IPlytics, a German patent data company, as ifeng.com reported on June 2.

SEPs declared by the Chinese technology company accounted for 15.05 percent of the global total, making it a leader in the 5G communication field, ifeng.com said.

According to Huawei's 2019 financial report, the company spent 131.66 billion yuan ($18.49 billion) in research and development in the 2019 fiscal year, accounting for 15.3 percent of its total revenue.

Data also show that, including Huawei and ZTE, Chinese companies have a share of 34.02 percent among the global total in 5G SEPs, ranking first in the number.