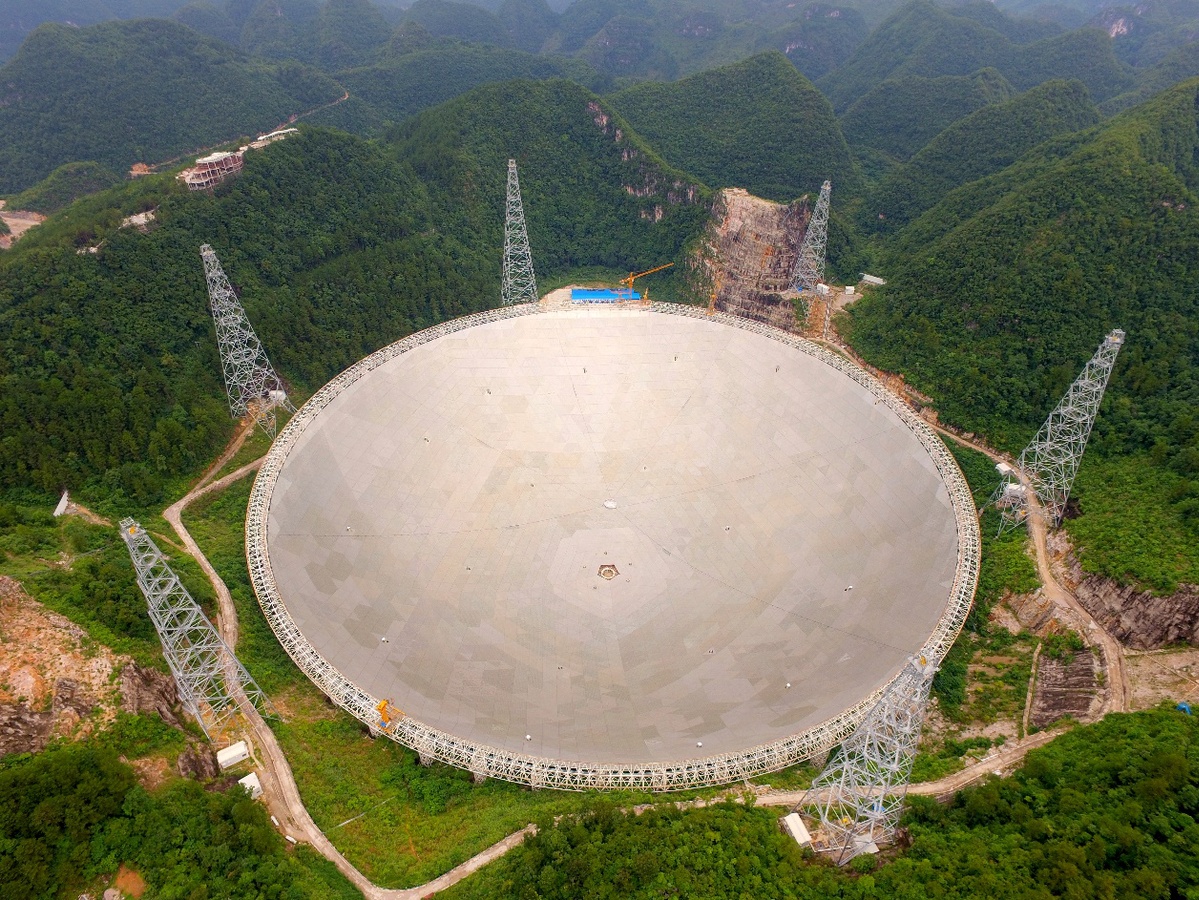 The 500-meter Aperture Spherical Telescope, or FAST, China's mega science project and the world's largest single-dish radio observatory, has embarked on a search for extraterrestrial intelligence, according to Science and Technology Daily.

Located in Pingtang county in Guizhou province, FAST was officially unveiled in September 2016. As the world's largest instrument of its type, it can detect radio-waves from billions of light-years away.

The search for extraterrestrial intelligence is one of the five main scientific goals of FAST.

"At present, the back-end equipment is being upgraded, and it is expected that new observations can be made after September, when the extraterrestrial civilization search will be launched," said Professor Zhang Tongjie of Beijing Normal University's astronomy department.

Che Weiwei contributed to this story.