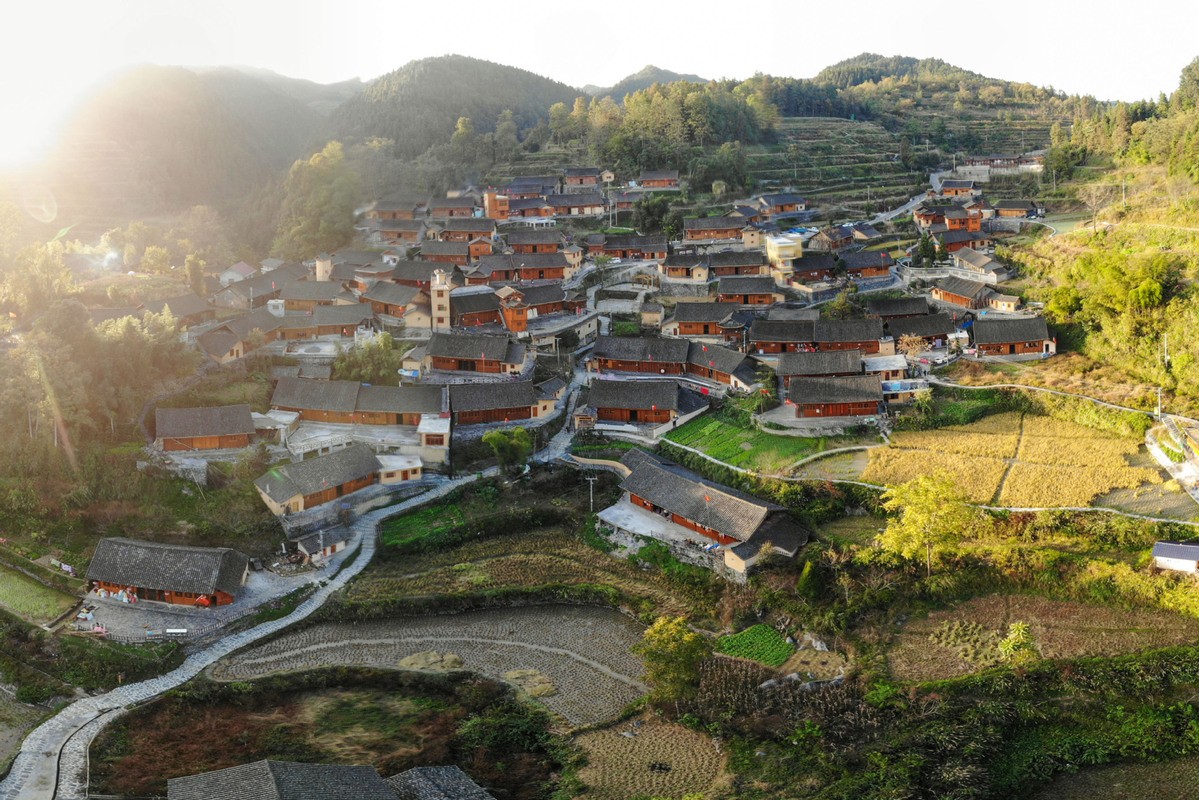 Shibadong village in Hunan province has a new look that shows some of the achievements of poverty alleviation policies.[Photo/Xinhua]

CHANGSHA - China's target year for the eradication of poverty is 2020, which means that around 5.51 million people who remained impoverished at the end of 2019 will be lifted out of poverty by the end of this year.

Great strides have been necessary to reach this goal, and the improvements can perhaps best be illustrated by an inspiring return trip to Shibadong.

The idea of "targeted poverty alleviation," first put forward in 2013 at the then poverty-stricken Shibadong village in Central China's Hunan province, includes the requirement of tailoring relief measures to different local conditions.

In 2018, "targeted poverty alleviation" was included in the first ever resolution addressing poverty eradication in rural areas to be adopted by the UN General Assembly. "Precision" is a buzzword when it comes to targeted poverty alleviation, meaning that appropriate resources should be used in the right place at the right time.

The first step is to precisely identify impoverished residents. A working team was dispatched to Shibadong in late 2013 to sort out which households needed assistance.

To make sure that the process was fair, they published the evaluation criteria. Excluded from the definition of poverty-stricken households were people who had broken the law and those who lived in buildings of two or more stories.

Because the incomes of villagers tended to fluctuate and some people moved into the area while others departed, another round of village-wide identification was carried out in 2017.

Rich in natural beauty and scenic landscapes, Shibadong was hampered by its rugged terrain, which meant a lack of transportation and arable land. So the next step was to cultivate suitable businesses to help the locals to thrive.

Kiwi fruit was a suitable crop for the local environment, but the limited arable land and the scattered distribution of villages prevented Shibadong from developing kiwi farming on an industrial basis. Therefore, Shibadong rented land from a neighboring village on which to plant high-quality kiwis.

Meanwhile, the tourism industry is booming in the village, thanks to its unique Miao culture and special landscapes. Some villagers operate restaurants. Others run family inns.

Over 40 housewives have established a cooperative for producing and marketing Miao embroidery, an attractive form of intangible cultural heritage.

What is more, the village has arranged for locals to go out to study, launched a range of lectures to provide technical training and linked farmers with the market so that households can find ways to make money on their own terms.

Official figures estimate that over 90 percent of the registered impoverished population across China have received support in employment and industry-based relief. 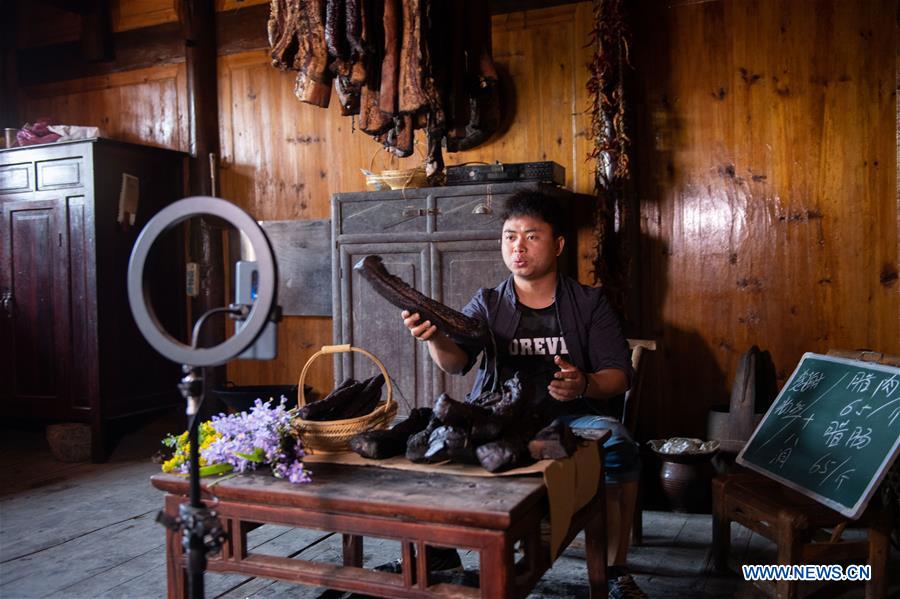 There are various reasons for a family to be trapped in poverty. Some are common, while others are unique.

Infrastructure has long been a weakness in rural development. With the goal of building a beautiful and livable village, Shibadong has been vigorously promoting ethnic folk customs throughout its construction.

During the hiatus caused by the COVID-19 outbreak, the village stepped up its infrastructure construction to prepare for the post-pandemic tourism boom.

Medical expenses used to be an unbearable burden for rural residents. But all the residents of Shibadong have now been covered by basic medical insurance and serious disease insurance. The Second People's Hospital of Hunan Province also set up a telemedicine site in the village.

Long Yuanzhang, an impoverished villager, was hospitalized for pulmonary infection last year. His insurance has covered 1,524 yuan (about $214) out of the total medical bill of 1,544 yuan.

"The disease cost me almost nothing, thanks to the insurance," he said.

By the end of 2019, targeted medical insurance had helped 4.18 million impoverished people with health problems shake off poverty, data with the National Healthcare Security Administration showed. 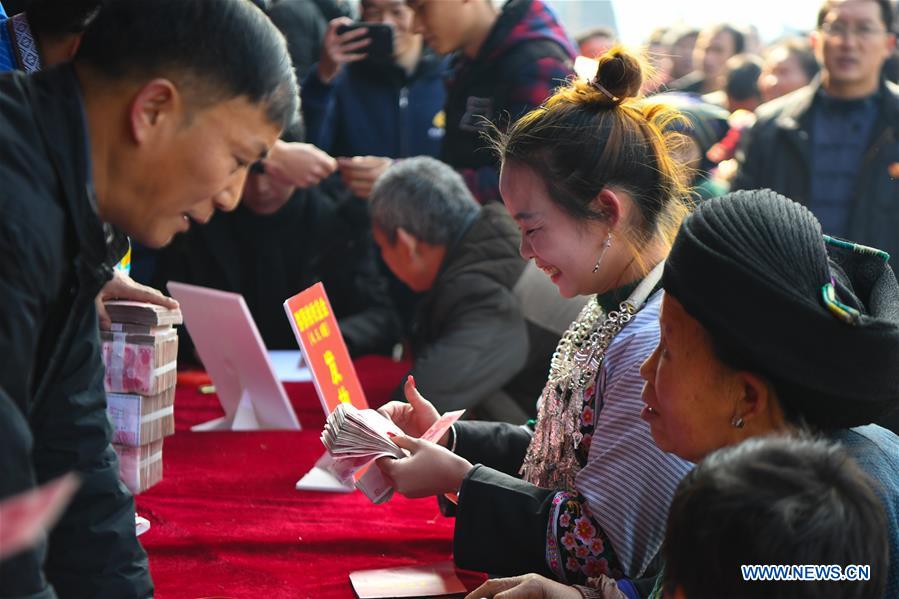 For those households facing extreme difficulties, pairing-up assistance has been adopted. Soon after the anti-poverty team entered Shibadong, five officials paired up with the five most impoverished households.

From on-the-job training to getting loans, even setting up romantic dates for aged bachelors, the officials pooled their resources to tackle the most urgent difficulties for the villagers.

The Chinese government vows to continue applying the current poverty alleviation standards, increasing the allocation of resources and taking stronger steps to implement poverty reduction measures. The aim is to ensure that all of China's remaining poor people are lifted out of poverty by deadline of 2020.