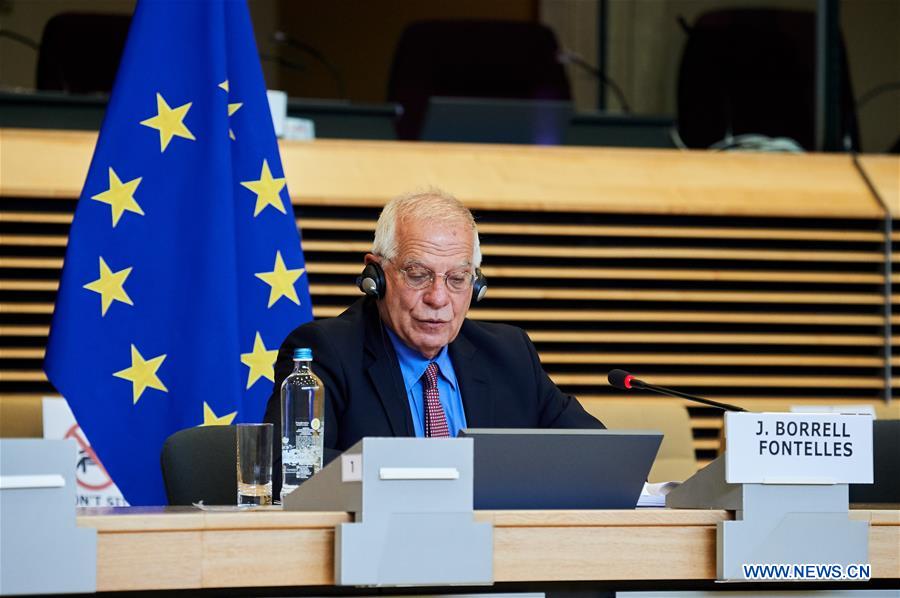 BEIJING, June 9 (Xinhua) -- During their 10th round of high-level strategic dialogue Tuesday, China and the European Union (EU) agreed to develop closer ties on a range of issues.

The dialogue, which was held via video link, was co-chaired by Chinese State Councilor and Foreign Minister Wang Yi and Josep Borrell, the EU's High Representative for Foreign Affairs and Security Policy.

With cooperation and consensus always greater than competition and differences, China and EU are long-term, comprehensive, strategic partners, said Wang, noting that both sides should take the 45th anniversary of the establishment of diplomatic relations as a new starting point for developing closer ties.

He called on the two sides to push forward relations in the post-pandemic era, promote high-level exchanges, and make good preparations for the China-EU summit and the China-EU leaders' meeting.

"We should jointly accelerate the resumption of work, maintain the stability of the supply chain and industrial chain, facilitate the exchange of experiences on public health and emergency management, make concerted efforts in research on vaccines and medicines, and boost cooperation with Africa in the fight against the pandemic," Wang said.

Emphasizing the importance of communication and coordination on macroeconomic policy, Wang called for openness in cooperation, and the completion of negotiations on bilateral investment agreements as scheduled.

He expressed his hope that both sides would consolidate their consensus on safeguarding multilateralism and strengthen cooperation under multilateral frameworks, including the UN.

For Borrell's part, he said EU has high expectations for its relations with China and will make efforts to ensure closer ties. Both EU and China are firm supporters of multilateralism, he said, and EU welcomes China's active participation in international cooperation.

The two sides also had an in-depth exchange of views on issues of common concern. Enditem