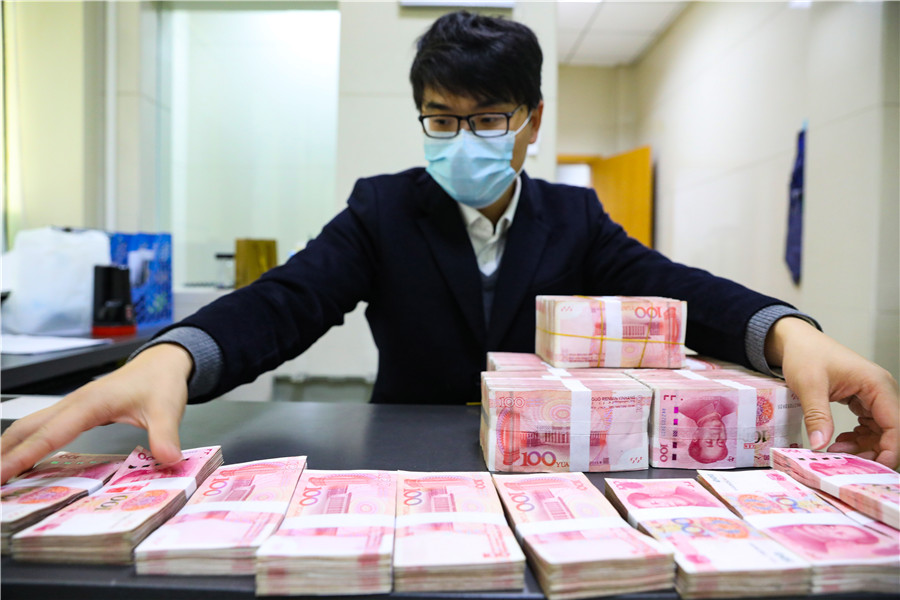 Banks will serve as bridges connecting enterprises and financing channels

China will strive to provide more funding sources for small businesses and look to lower the financing costs via financial bonds for micro and small enterprises.

During the first five months of this year, 23 commercial banks issued 275.28 billion yuan ($38.9 billion) of financial bonds for micro and small enterprises. Most of the bonds have a three-year term and their coupon rates vary from 1.99 percent to 4 percent, according to Wind, a financial data provider in China.

Funds raised from such bonds are exclusively used for lending to micro and small businesses.

Medium to small-sized banks are usually the main issuers of such bonds. During the first five months of this year, 16 of the issuers were city and rural commercial lenders. Compared with last year, more national joint-stock commercial banks and even large State-owned commercial banks have actively participated in the issuance of such bonds, as the government has urged large banks to step up lending to small businesses.

Premier Li Keqiang said in the Government Work Report that large commercial banks should increase inclusive finance lending to micro and small businesses by more than 40 percent this year.

Agricultural Bank of China Ltd and Bank of China Ltd, two large State-owned commercial lenders, issued 20 billion yuan and 10 billion yuan worth of three-year financial bonds respectively for micro and small enterprises during the first five months of this year at coupon rates of 1.99 percent and 2.65 percent.

The funds raised by Agricultural Bank of China will be used for lending to small businesses in Hubei province and other regions that suffered due to the novel coronavirus outbreak.

Industrial Bank Co Ltd, a Fuzhou-headquartered national joint-stock commercial lender, issued altogether 57 billion yuan of financial bonds for small businesses in the first five months. It will use the funds raised to support work resumption and production at small businesses.

The State Council said in a meeting on March 31 that the government will support financial institutions in the issuance of 300 billion yuan of financial bonds targeting micro and small enterprises.

By issuing this type of bonds, banks will serve as bridges between small businesses and capital markets, further expand the sources of funding for micro and small enterprises, and improve diversified mechanisms for small business financing, bankers and analysts said.

Wen highlighted the need for financial institutions to have a countercyclical mindset.

"When the times get tough, banks should not simply reduce lending to businesses, collect debt in advance or stop lending, for their asset quality will get even worse if their clients' risks increase more rapidly due to a shortage of funds," he said.

Risk exposure of micro and small enterprises has heightened because of the pandemic and the economic downturn.

Xiao Yuanqi, chief risk officer of the China Banking and Insurance Regulatory Commission, said on April 22 the current nonperforming loan ratio of banks in China was 2.04 percent, up 0.06 percentage point from the beginning of this year. In particular, the NPL ratio of small businesses that were severely affected by the pandemic increased more rapidly than other businesses.

It is estimated that the NPL ratio will continue to rise in the second quarter but regulators do not expect to see a large increase, for the government is carrying out work and production resumption in an orderly manner and has taken a number of hedging measures to mitigate risks, Xiao said.