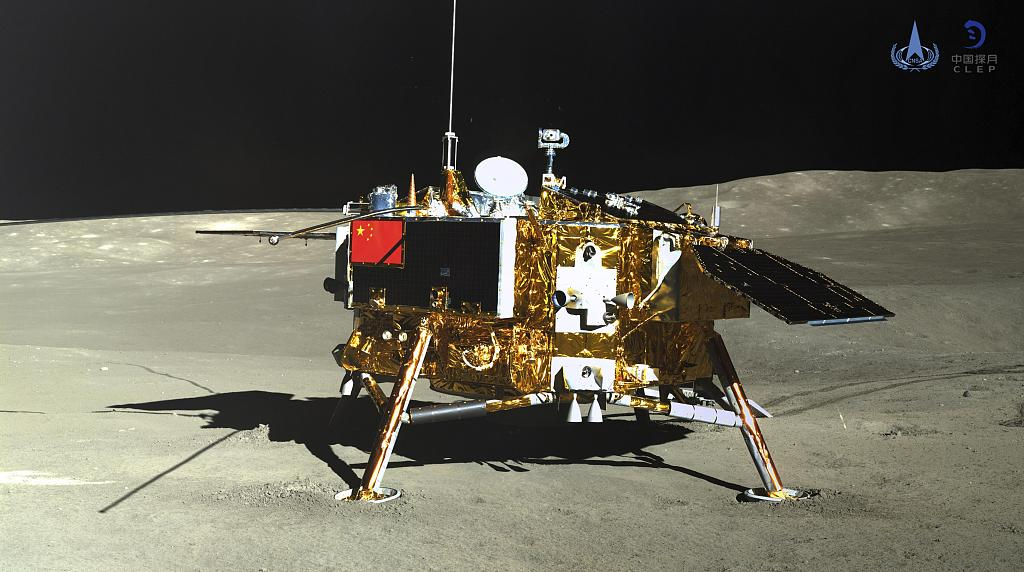 This is the first time that the honor is presented to Chinese aerospace scientists since the IAF was founded 70 years ago.

The IAF World Space Award is the Federation's most prestigious award. It has presented for an outstanding contribution in space science, space technology, space medicine, space law, or space management of exceptional impact on the world's progress in astronautics.

The Chang'e-4 probe made the first-ever soft landing on the Von Karman Crater in the South Pole-Aitken Basin on the far side of the moon on Jan. 3, 2019. The complete success of the Chang'e-4 mission has created another milestone in the lunar exploration history of humankind.

The mission has accomplished a series of important scientific discoveries and acquired geographic information on, among others, the topography, structure, and composition of the landing area.

It has also made discoveries that are of great scientific value for revealing the geographic evolution of the South Pole-Aitken Basin and early evolutionary history of the lunar crust. In addition, the mission has collected a lot of data and initial findings in areas such as neutral atoms, neutrons on the lunar surface, and low-frequency radio spectrums.

Led by the CNSA, the Chang'e-4 mission involves tens of thousands of scientists and engineers from across China and other team members from countries like Germany, Sweden, the Netherlands, Saudi Arabia, Russia, and Argentina. The Chang'e-4 probe was launched on Dec. 8, 2018. It took six years for its research, production, and launching preparation.

The Chang'e-4 mission team also received the only Team Gold Medal of the year awarded by the Royal Aeronautical Society of the United Kingdom last November, and the Moon Village Principles - Mission Prize by the Moon Village Association (MVA) at a symposium held in Tokyo in last December.