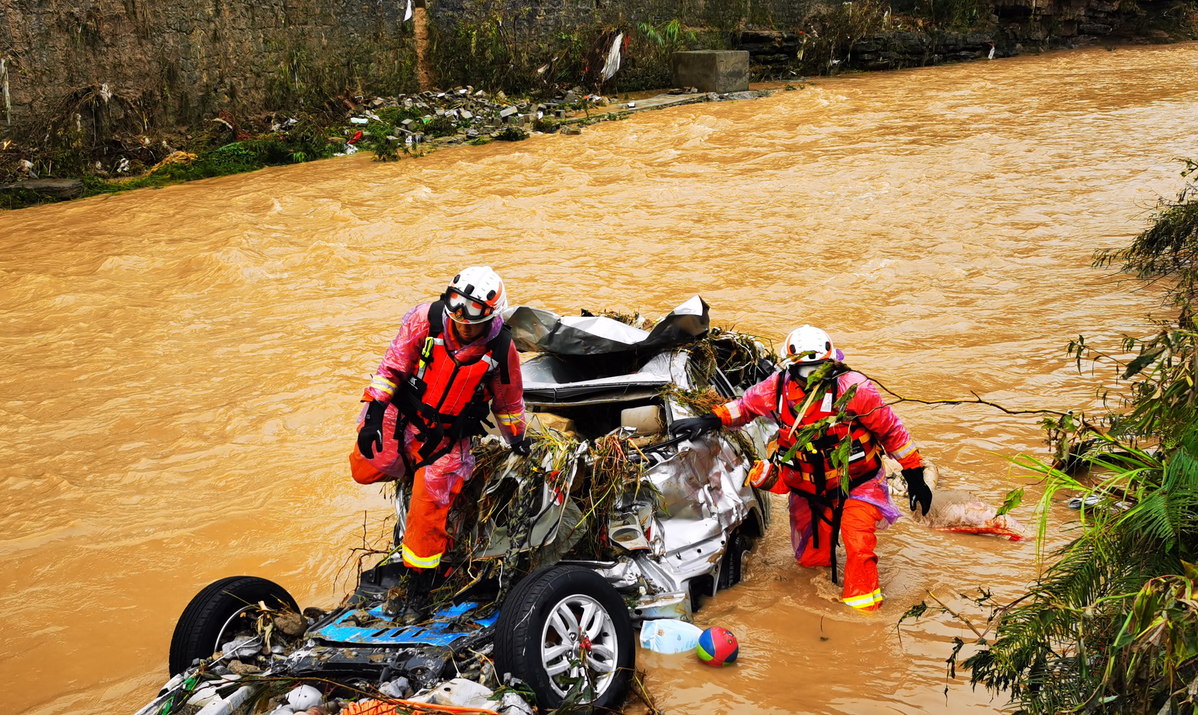 Rescuers clear a car that was caught in flooding in Zheng'an county, Guizhou province, on Saturday. Rainstorms left eight people dead and five others missing in the county. [Photo/Xinhua]

BEIJING -- The China National Commission for Disaster Reduction and the Ministry of Emergency Management (MEM) have activated a level-IV emergency response after rainstorms triggered heavy floods in southwestern province of Guizhou.

A special work team has been sent to the affected areas to provide guidance in disaster relief, the MEM said in a statement released Sunday.

Direct economic losses amounted to 880 million yuan (about 124 million U.S. dollars), according to the ministry.