Economic recovery accelerates in May 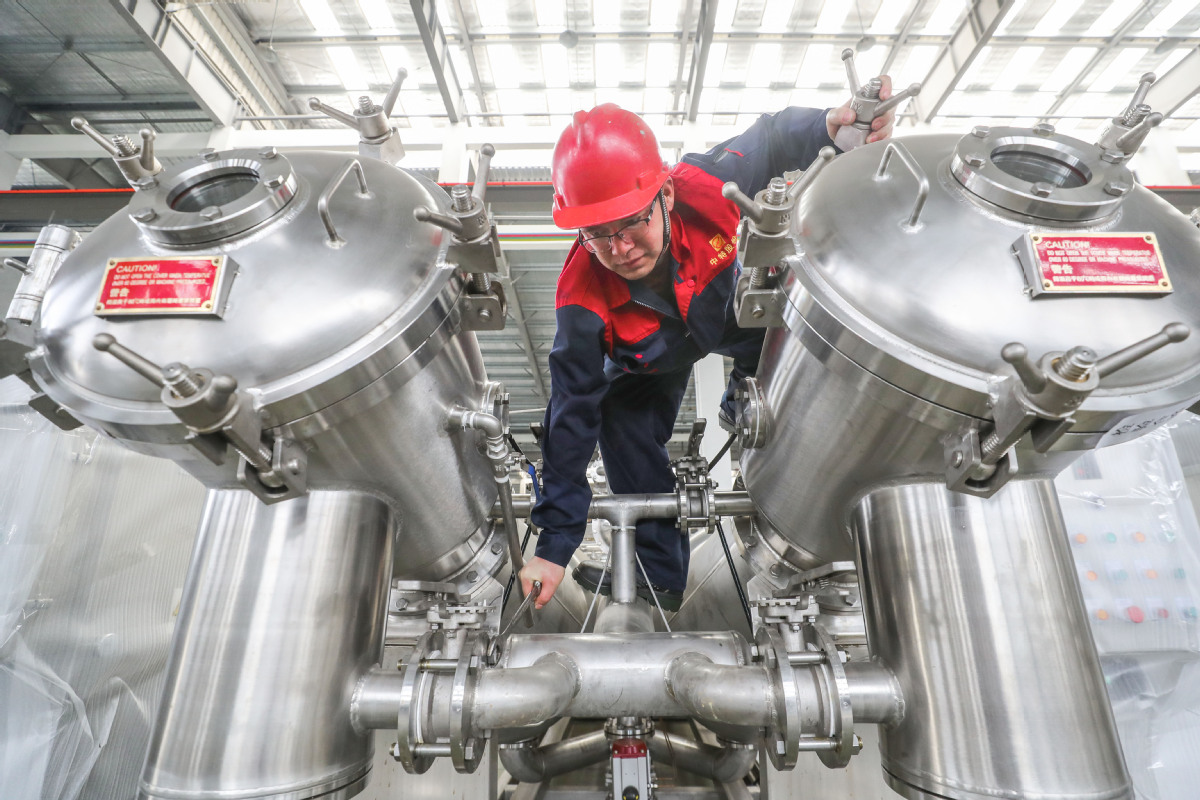 China's economic recovery continued to gather speed in May despite shocks from the COVID-19 epidemic with most of the key indicators showing improvement as a result of continued policy support, the National Bureau of Statistics said on Monday.

But officials and economists warned about possible economic head winds ahead as the threat of the novel coronavirus still remains after Beijing, the capital city, reported a new cluster of local COVID-19 infections.

The country's industrial output expanded by 4.4 percent year-on-year in May, 0.5 percentage point faster than that of the previous month, according to the NBS.

Retail sales, a gauge of consumption, dropped by 2.8 percent year-on-year but the contraction narrowed by 4.7 percentage points from April's decline.

Fixed-asset investment in the first five months contracted by 6.3 percent on a yearly basis, recovering from a 10.3-percent decline in the first four months.

Meanwhile, the country's service production index resumed positive in May for the first time since the epidemic started and grew by 1 percent on a yearly basis. This compared with a 4.5-percent decline in April, showing that the service sector is on path to recovery, driven by robust growth of the information technology, financial and the property sectors, according to the NBS.

Fu Linghui, an NBS spokesman, said that the economic data in May were largely in line with expectations as business resumption continued, production and demand improved and employment and prices remained stable.

The economy continued to gather momentum and growth has been supported by the rapid development of the digital economy, online retail sales and high-technology manufacturing, he said.

While major economic indicators continued to improve in May, they were still lower than those of the same period of last year, meaning that business activities have not yet returned to the normal level, Fu said.

"The effect of the COVID-19 pandemic on the global economy continues to evolve and there has been a substantial increase in external uncertainties. China's economic recovery is still under pressure and it requires more efforts to bring the economy back to the path of normal growth," he said.

Economists with Beijing Gao Hua Securities Co Ltd said that the economic recovery was largely helped by continued policy support reflected by the strong sequential growth of total social financing over the past three months and loosening of virus control restrictions and residents' greater willingness to go out because of the perception the spread of the virus was under control.

But they said that the newly reported COVID-19 cases in Beijing may further complicate the economic outlook. "It is still very limited in scale so far and the local authorities have taken swift action. So there is a good chance that the situation will be brought under control," they said in a research note.

Zhang Yu, chief macroeconomic researcher at Hua Chuang Securities Co Ltd, said that the new COVID-19 cases in Beijing could suppress seafood consumption as most cases were linked with a major agricultural and seafood wholesale market in Beijing.

The decline of retail sales in Beijing may drag down retail sales on the national level by about 0.3 percentage point in June, according to Zhang's estimation.

"But given that the local authorities have acted immediately to contain the virus and the city is experienced in outbreak control, the impact is likely to be local and may last for a short period of time," Zhang said.