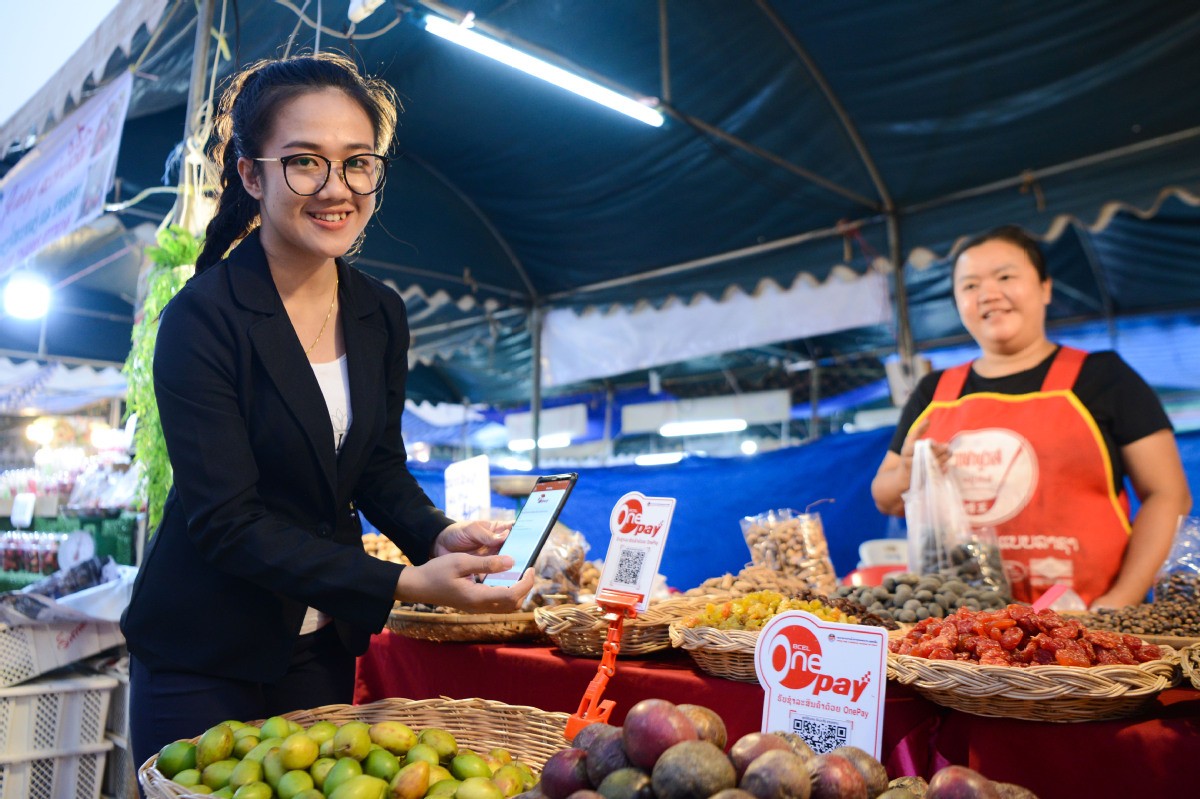 A customer uses digital payment at a food stand in Vientiane, capital of Laos. [Photo/Xinhua]

Wave of opportunities awaits across Asia

The rise of Chinese financial technology companies as major market players in Asia is playing a significant role in shaping the regional fintech ecosystem.

For example, in 2016, Ant Financial, the fintech arm of e-commerce giant Alibaba, announced globalization as a key strategy for the next decade. Alipay, the mobile payment service of Alibaba, now has more than 1.2 billion users worldwide, with partners spanning the region－from TrueMoney in Thailand to DaraPay in Cambodia and Paytm in India.

The impact of such collaboration can also be seen in the rapid growth of Ant Financial's partners. After receiving investment from the Chinese payment operator in 2015, the number of Paytm users rose from less than 30 million to more than 300 million in 2018, according to market research company EO Intelligence, based in Beijing.

As a result, Paytm became the world's third-largest digital wallet, surpassing PayPal to occupy a position below Alipay and WeChat Pay, the mobile payment service of Chinese internet giant Tencent.

Ngai said global expansion by mobile payment service providers such as Alipay will allow local customers to use their digital wallets overseas, and vice versa. Overseas expansion is a logical step as domestic customer growth will inevitably slow, he added.

"Where there are already established players in local markets, acquisitions and partnerships have sometimes been the business model of choice," said Ngai, who is also managing partner of McKinsey Greater China Offices.

Expansion is facilitated by exporting financial technologies to market players in other regions, Ngai said. He cited examples such as leading insurer Ping An, which provides fintech solutions through a business-to-business model.

As of March last year, OneConnect, Ping An's fintech arm, was serving more than 3,300 financial institutions, according to the company, which started expanding globally in 2018 in Southeast Asian nations, including Singapore, Indonesia, the Philippines and Thailand.

Many Asian financial institutions are adopting fintech solutions, such as facial recognition for KYC (know your client), which have been proven and tested in a large market such as China's, Ngai said.

Mobile payment transactions in China expanded at a compound annual growth rate of 123 percent from 2013 to 2018, exceeding 300 billion transactions in the latter year, according to McKinsey's 2019 Global Payment Report.

The report said four other Asian fintech companies made the top 100 list－Paytm, and ride-hailing platforms Grab in Singapore, Gojek in Indonesia and Ola in India. All four companies received capital from Chinese investors, including Alibaba, JD, Tencent and Ping An Capital, a Ping An Insurance investment platform. 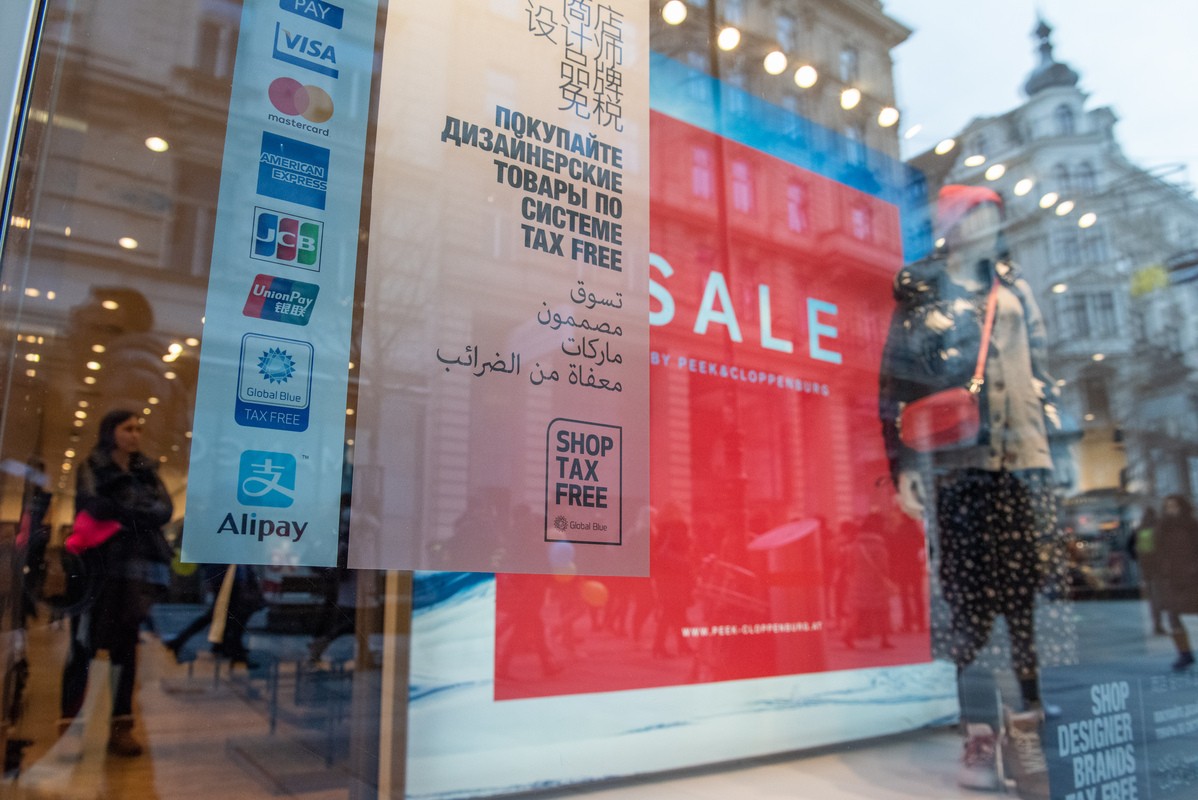 A WeBank spokesman said the center's overall target is to generate economic value through intelligent solutions for digital banking and commerce.

"It aims to research fintech that delivers machine-generated personalized financial insights and services to the user," the spokesman said, adding that the five-year partnership would bring research scientists and engineers from both institutions to work on collaborative projects.

"We expect those talents to come up with a series of innovative fintech solutions, which will contribute to regional development," the spokesman said.

Headquartered in Shenzhen, Guangdong province, WeBank is backed by Tencent and other local partners. It aims to promote financial inclusion by using a range of technologies.

Although WeBank does not have plans to operate outside China, a company spokesman said the large unbanked and underbanked population in Asia, especially in Southeast Asia, provides opportunities for fintech companies.

More than 2 billion people worldwide have no access to banking services, according to KPMG, citing data from the World Bank. About 73 percent of the 600 million people living in Southeast Asia do not have a bank account.

The WeBank spokesman said fintech companies can play at least three roles in member countries of the Association of Southeast Asian Nations. They can be providers, building and supplying a new generation of information technology infrastructure for financial companies; ecosystem contributors, injecting new technologies and solutions; or service innovators, through collaboration with traditional financial institutions. 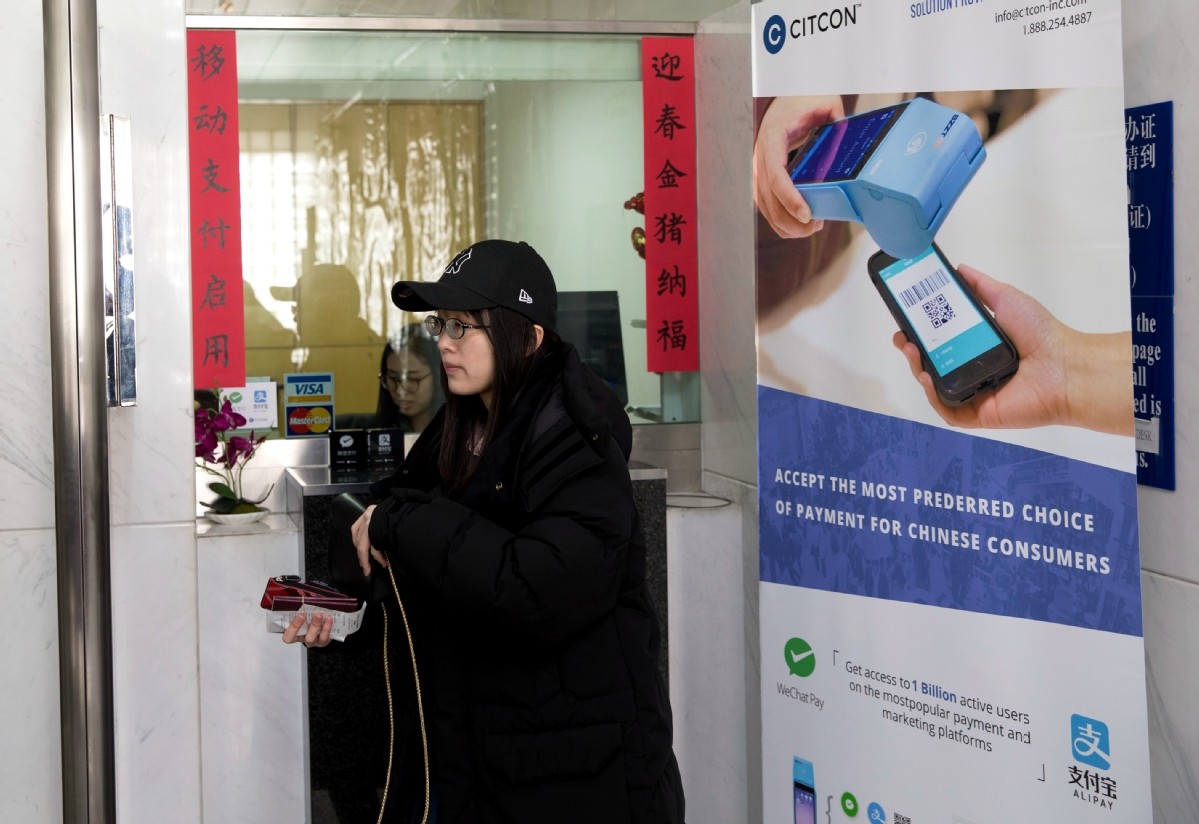 A customer uses her phone to pay for services at the Chinese consulate in New York. [Photo byLiao Pan/China News Service]

Noting that all these roles require advanced technology, WeBank said that instead of being disruptive, fintech companies should seize the opportunity to collaborate with traditional financial institutions in ASEAN countries.

In addition, WeBank said the China-proposed Belt and Road Initiative can help boost communication and collaboration in fintech innovation among countries and businesses, providing opportunities for Chinese fintech companies to expand cross-border collaboration.

Alicia Garcia Herrero, chief economist for Asia Pacific at French investment bank Natixis, said, "ASEAN is among the top targets for Chinese fintech companies as they embark on the Belt and Road Initiative."

This is mainly due to the region's high demand for tourism-related mobile payments and the strategic need to secure local market access, she said.

China is the largest source of tourists to ASEAN countries, according to a report co-edited by experts from the ASEAN Tourism Research Center at the China Tourism Academy and Guilin Tourism University, Guangxi Zhuang autonomous region.

Ravindra Ngo, founder and CEO of investment and consulting company Invest in Cambodia, which is based in Hong Kong, said Chinese fintech companies such as Alipay were among the earliest mobile payment entrants to Cambodia.

The rising number of Chinese tourists to key Cambodian destinations, including the capital Phnom Penh and the northern town of Siem Reap, has allowed digital wallet providers to extend services overseas and penetrate the local market, Ngo said.

"Chinese companies are investing in different sectors like real estate, infrastructure, hospitality and travel, which all have indirect links to the digital payment system," he added.

Ngai, from McKinsey, said India is seeing a significant amount of fintech investment from China. Although India is at an earlier stage of fintech development, it "exhibits similar characteristics" to those in China, he added.

This trend is also driven by local demand. The Nielsen report said that 66 percent of local merchants in the United Kingdom, South Korea and Singapore hope to carry out more digital store operations through Chinese mobile payment services.

Ngai, noting that Asian countries share a number of advantages for fintech development, said a wave of opportunities would sweep across the continent in the coming years, including the licensing of virtual banks, which has already taken place in China, Singapore, South Korea and Malaysia.

According to a McKinsey report, Asia has been the world's largest regional banking market for a decade, accounting for 37 percent of global banking profit pools in 2018.

As incomes continue to rise and the middle-class population expands to include two-thirds of Asian households, personal financial assets in the region will reach $69 trillion by 2025, representing about 75 percent of the global total, the report said.

Ngai said, "With fintech developing rapidly across Asia, collaboration in innovation will become more and more important to building up scalable and sustainable fintech businesses."

Viewing collaboration as a key focus for WeBank, which introduced an open banking strategy in March last year, the company spokesman said this strategy will help it empower global partners with open-source and innovative technologies, enabling the building of collaborative business.

"We are proactively sharing our experience and practice of advanced fintech technologies, and exploring fintech collaboration with overseas partners," the spokesman said.

Garcia Herrero, from Natixis, noting that most outward investment by Chinese fintech companies concentrates on e-payments and e-commerce, said fintech investment regarding consumers and credit for small and medium-sized enterprises is also on the rise.

While other regions will improve in various areas of the sector, she said China is expected to remain the leader in e-commerce and mobile payments, shaping the regional fintech landscape with outward investment.