Raised in Reeds, Milu Find A Home to Roam A herd of milu deer wanders around the wetland in the East Dongting Lake National Nature Reserve in Hunan province. LI GA/XINHUA

CHANGSHA－Milu, also known as Pere David's deer, are herd animals that usually shun humans, but when Diandian comes into contact with people at a nature reserve in Yueyang, Hunan province, she is calm.

Eight years ago, 1-week-old Diandian was left behind by her herd. When people found her in the reeds of a lake, she looked too weak and emaciated to survive.

Raised by keepers at the East Dongting Lake National Nature Reserve, Diandian gradually started treating people as her friends. Today, she is the mother of three milu, thanks to the attention and care shown to her by staff members at the reserve.

"Most milu break into a gallop once someone approaches, but Diandian is deliberate in her actions and unhurried," said Li Zheng, a keeper at the reserve who has taken care of Diandian for years.

Li is also the president of a milu conservation association in Yueyang and head of a local milu and bird rescue center, where 11 deer, including Diandian, have their families. 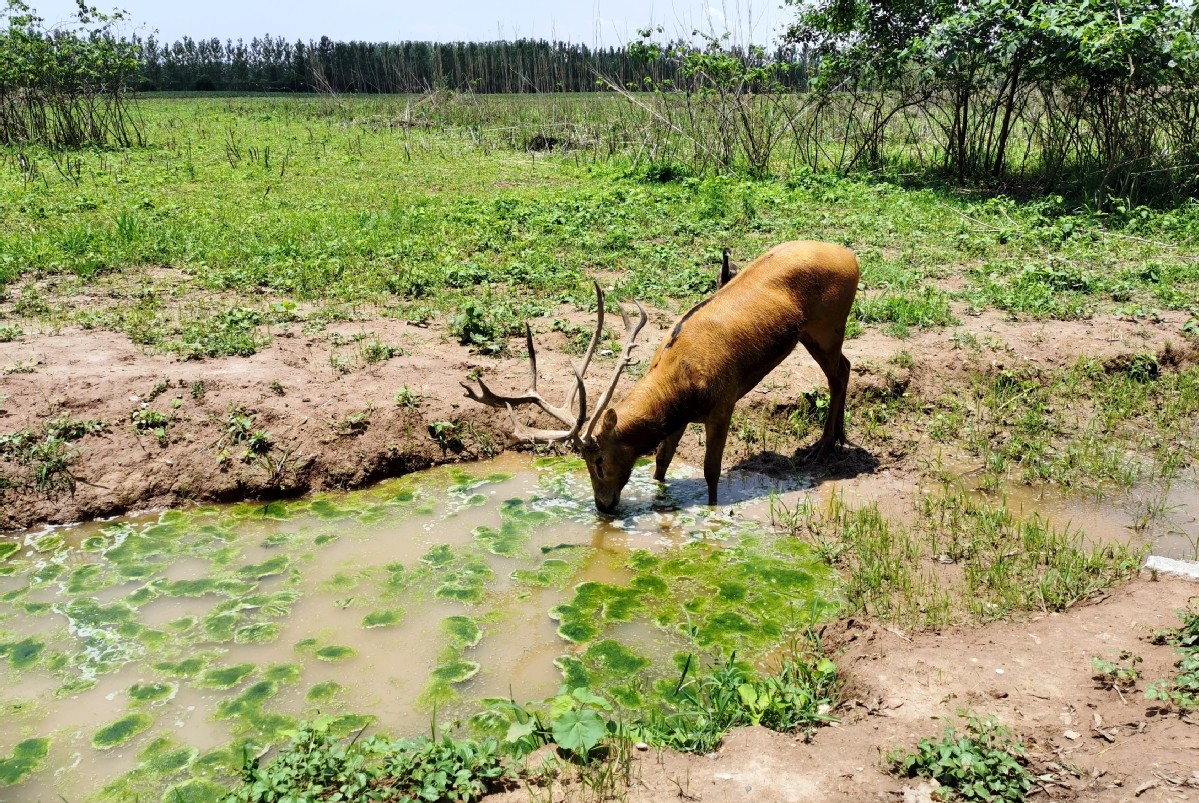 A male milu drinks from a pond in the reserve on May 26. WANG XINYI/XINHUA

The breeding season starts in March and it is the busiest time for Li and his colleagues as they need to work extra hours to take care of the animals until mid-May.

"I fed Diandian some fresh asparagus shoots and leaves for breakfast as usual, and moments later when I returned, a newborn milu was teetering right beside her," Li said.

"Since it is her third calf and born in the third month of the year, we named it Sansan," he added, referring to the Mandarin word for "three-three".

Li was initially driven by curiosity about the animals, and he has since developed a deep affection for milu and is determined to protect them.

From 2016, he has been on the front line of milu rescue and protection in Yueyang. "As our country is placing more emphasis on environmental and wildlife protection, people are increasingly aware that milu are State-protected animals," Li said.

Milu habitats are usually centered around water, and Li said fishing equipment that once posed a threat to the animals is no longer seen in nature reserves. 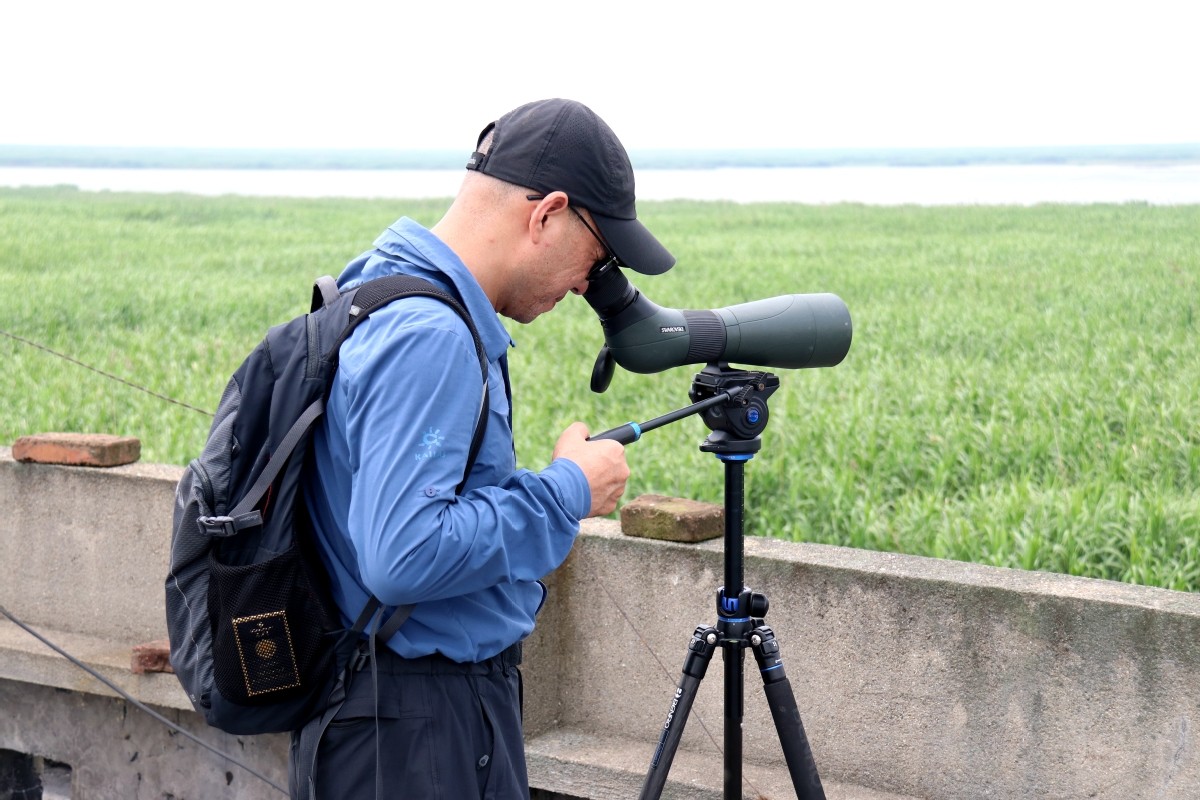 A member of a research team counts the number of milu through his telescope on May 27. CAI XIAOXIAO/XINHUA

On May 27, a team of experts went on patrol to observe a herd of milu near Dongting Lake.

"It takes time and luck to spot one and figure out the total number, especially when they live in the thick reeds that are 4 to 5 meters tall," said team leader Song Yucheng, who is also deputy chief engineer of the nature reserve and a member of the milu conservation association.

Early in 2009, Song saw a milu for the first time when he was studying for his doctorate in zoology. Since then, he has helped protect and expand the habitats of the species at Dongting Lake.

Whenever a research team member spies a deer through his or her telescope they can barely contain their excitement.

Each member has a specific research role, with some flying drones, some counting the number of milu and some estimating the age of the males based on the shape and size of their antlers.

As the flood season approaches, Song and his colleagues are gearing up for their busiest time of the year.

They will patrol the lake area day and night to search for stranded and injured deer, monitor the flood intensity and supply feed for the animals when needed.

The past several years have witnessed the gradual recovery of the milu population. Once extinct in China, its native land, and with only 18 individuals surviving in the world, the milu deer is now prospering in its home country.

As the environment improves in and around Dongting Lake, China's second-largest freshwater lake, the wetland has become a haven once again for a number of wildlife species, including migratory birds and the Yangtze finless porpoise.

"We will continue to protect these precious animals and their living environment," Song said.