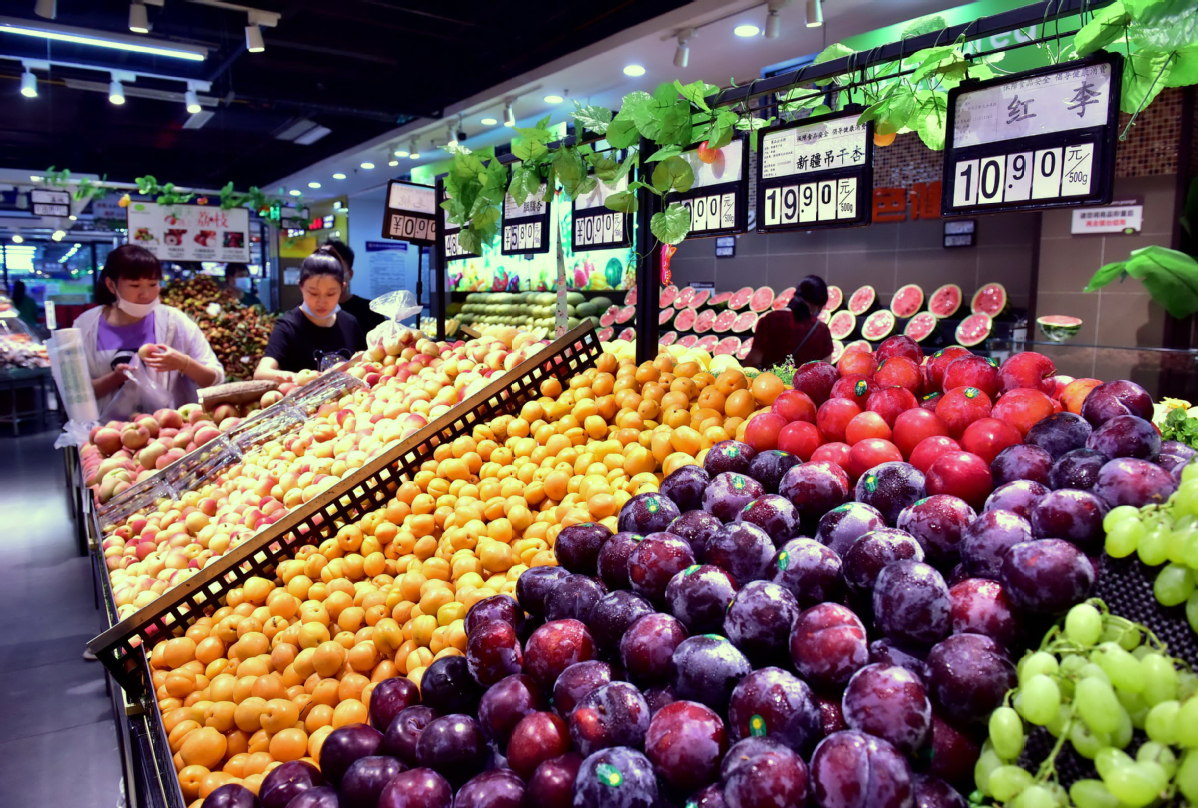 Economic and industrial parameters confirm production impetus in May

China's production-led economic recovery is poised to gain further traction with key indicators for May confirming that the nation is emerging strongly from the COVID-19-related slump, officials and experts said on Tuesday.

"Economic and social order has been restored in an orderly manner in May, with major strides made in epidemic prevention and control," Meng Wei, the spokeswoman for the National Development and Reform Commission, said during a media conference in Beijing.

Electricity generation, a major economic indicator, rose by 4.3 percent on a yearly basis in May, up by 4 percentage points on a monthly basis, according to NDRC data.

According to Meng, China's consumer inflation is set to grow at a slower pace for the rest of the year, with the overall price growth expected to be in a reasonable range.

"China's CPI growth is expected to fall after peaking in 2020. The nation's economy is highly resilient and has tremendous growth potential. The gradual resumption of work in the industrial and agriculture sectors and the adequate supply of various consumer goods provides a solid foundation for price stability."

China's consumer inflation eased to a 14-month low of 2.4 percent in May due to the resumption of production and transportation of fresh agricultural products, adequate supply of fresh vegetables and the improving pig production.

Meng said China still faces a complex and severe situation due to the global spread of the novel coronavirus outbreak and the sluggish world economy, as these will pose uncertainties to China's economic development.

"China is still seeing sporadic cases of COVID-19, which to a certain extent may affect the residents' confidence in consumption and the recovery in the service sector."

To cushion the coronavirus impact and maintain economic and social stability, the NDRC will make a concerted effort to ensure the "six priorities" and stability in six areas for steady economic momentum, with a key focus on vigorously unleashing domestic demand, helping enterprises create jobs and keep employees and ensure people's livelihood.

According to the NDRC, more efforts are also needed to boost new types of consumption, strengthen the weak links, further reduce taxes and fees and provide assistance for enterprises to stabilize employment.

Tang Jianwei, chief researcher at the Financial Research Center of Bank of Communications, said China's economy is gradually regaining its growth momentum as demand has improved in the market.

"Considering the expanding value-added industrial output in May and the positive service production index, China's economic growth is expected to bounce back in the second quarter with a modest growth," Tang said.

Liu Yuanchun, vice-president of the Renmin University of China, said that while large companies, especially the State-owned enterprises, have performed well in aspects like work and production resumption, small and medium-sized enterprise face severe problems and challenges due to pressure from home and abroad.

"Despite a rapid economic rebound from the novel coronavirus epidemic, China's businesses are yet to be fully normal," Liu said during a recent China Macroeconomy Forum. "We need to make clear plans from a mid-term perspective, considering future risks and the domestic and international environment."

Since March, the country has started to implement a registration-based system for the public issuance of enterprise and corporate bonds, and scrapped an approval mechanism, to ease financing strain on cash-starved firms amid the mounting downside pressure.