Over 1.38m Affected by Downpours in Hunan 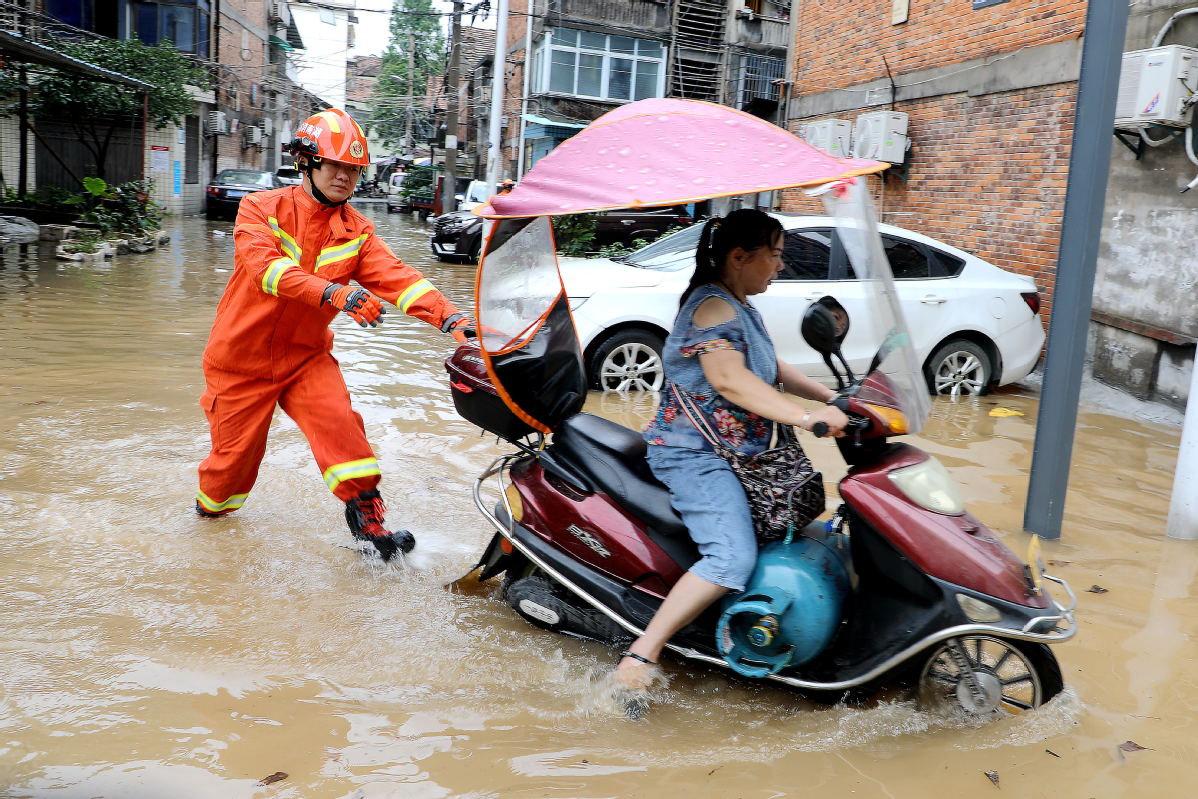 A firefighter helps a resident on an electric bike to pass through floodwaters in a community after a downpour hit Changde, Hunan province, on Sunday. CHEN ZIDE/FOR CHINA DAILY

CHANGSHA -- More than 1.38 million people had been affected by continuous downpours in central China's Hunan Province as of 7 pm Tuesday, according to local authorities.

A total of five bouts of heavy rains, starting on May 29 in Hunan, have led to the evacuation of 53,000 people. A total of 1,605 houses have collapsed in the rains, which also damaged more than 140,000 hectares of crops, according to the provincial flood control and drought relief headquarters.

The downpours have caused flooding and other geological disasters in the province, and local authorities have dispatched 263,000 people for rescue work.

The meteorological department forecast that rainy weather would reappear after June 18, warning of a grim situation in terms of flood control.