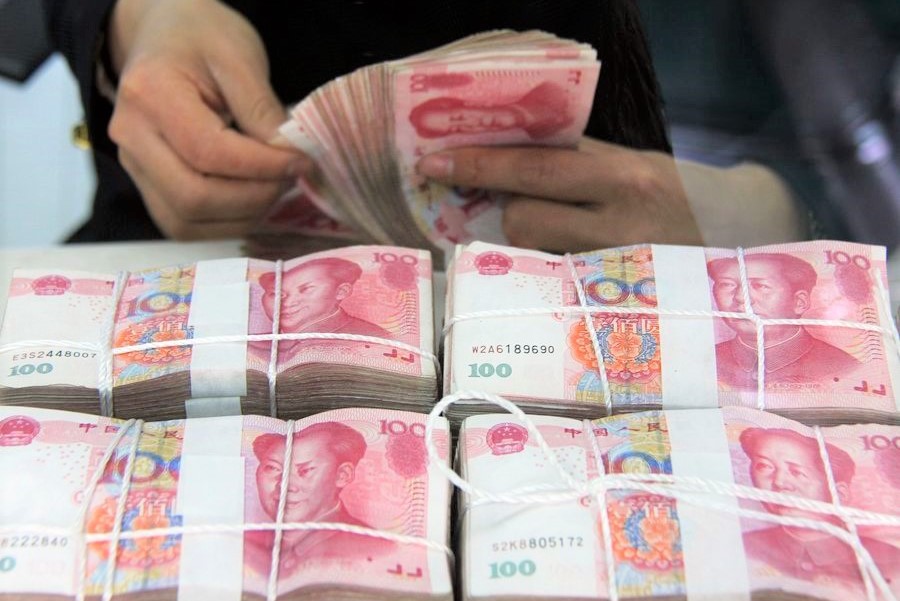 BEIJING, June 17 (Xinhua) -- Chinese authorities have said they will accelerate the settlement of non-performing loans (NPLs) in the second half of the year, while analysts are calling for attention to small and medium-sized housing companies and companies dependent on foreign demand.

The China Banking and Insurance Regulatory Commission (CBIRC) said it would urge banks to make a bona fide classification of their assets, truthfully exposing their NPLs. Any actions aimed at glossing over bad loans and manipulating their balance sheets will be resolutely dealt with, it added.

The CBIRC said it would guide banks to step up the settlement of NPLs and ask them to set aside sufficient provisions.

Shen Juan, an analyst with Huatai Securities, attributed the quickened pace of bad loans settlement in the second half of the year to factors that include an expected increase of bad loans later this year due to the delayed impact of the COVID-19 epidemic and banks' high provision coverage ratio (PCR) which affords them enough ammunition to settle bad loans.

Chinese commercial banks' PCR, the ratio of provisioning to gross non-performing assets which indicates the extent of funds a bank has kept aside to cover loan losses, stood at a high of 183 percent by the end of the first quarter, Shen said.

She called for attention to risks in the retail sector, especially in the second and third quarters, as well as risks in companies that rely on foreign demand such as those related to ports, computers and automobiles.

Zhao Yarui, a researcher with the financial research center of the Bank of Communications, highlighted risks in small and medium-sized housing companies due to their high level of leverage, slowing sales, relatively weak management, crunches in financing and operating cash flow.

The NPL ratio of China's banking industry came in at 2.04 percent at the end of the first quarter, up 0.06 percentage points compared with the beginning of the year, CBIRC data showed. Enditem