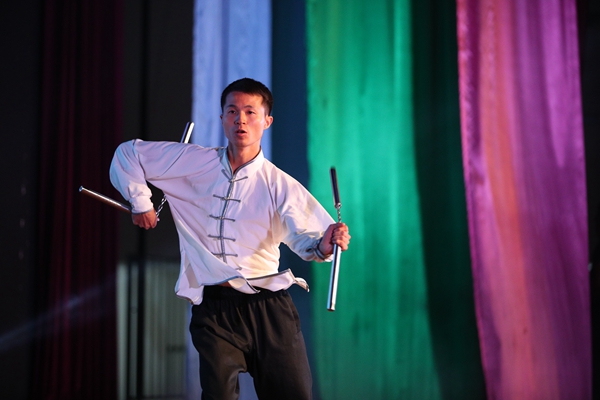 Driven by his fascination with martial arts legend Bruce Lee andnunchaku, Xie Desheng has gone on to win not just one but three Guinness World Records.

Thenunchaku practitioner from Guangdong province earned his first world record in June last year when he extinguished 52 candles in a minute using the weapon.

His second was earned in April this year when he hit 32 ping-pong balls in one minute.

The 28-year-old followed up on that feat by winning another title the same month, unscrewing 10 bottle caps with anunchakuin 34.8 seconds.

Xie may have been a nunchaku practitioner for a decade, but he does not simply enter these competitions without preparation. In fact, he says he trains for almost a year just to prepare for each Guinness World Record attempt.

Xie, who is currently a Shanghai-based freelance nunchaku instructor, first learned about this form of martial arts when he was a restaurant waiter in Dongguan, Guangdong province, in 2009.

"I love watching martial artist and actor Bruce Lee'snunchakuscenes in movies. Once, when watching one of my colleagues use the nunchaku, I was impressed by the neat movements and thought that it could be a self-defense skill," says Xie.

Since that moment, Xie has spent most of his spare time scouring web for instructional materials. He has even traveled to Hunan, Hubei and Henan provinces to attend classes and engage with beginners and experts. During his time in these provinces, he stayed financially afloat by taking on part-time jobs.

"But life was less beautiful than I had imagined it to be. Constantly practicing the nunchaku made me too exhausted to work. With a rather unstable source of income, I basically depended on my limited personal savings," he says."But I didn't want to give up."

Xie says that he draws motivation from hisnunchaku, which have been with him through the ups and downs in life. He shares that his father died when he was 15 years old and his mother later abandoned him. 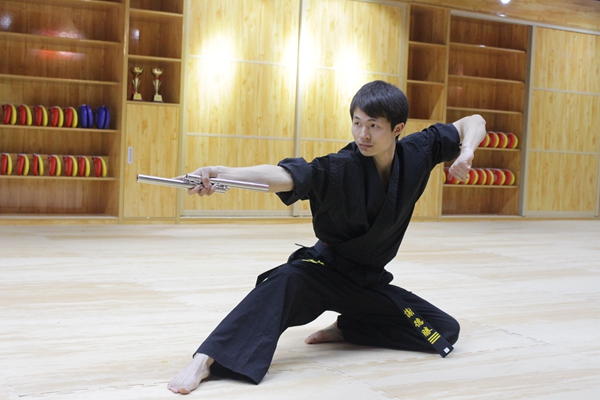 "A child who grows up in an environment like mine might become cold-hearted and self-abased when he enters adulthood and may embark on the road of doing bad things.

"But when I wield mynunchaku, I know I have dreams and the desire to change my fate. I feel confident and driven."

His persistence in the face of adversity eventually paid off.

In 2016, Xie took part in the 14th Hong Kong Wushu International Championship and was crowned the champion from among 500 nunchaku contestants. He went on to win competitions in Taiwan and Macao that year.

In 2018, he was awarded the gold prize at the 4th Malaysia International Wushu Tournament.

These days, Xie earns a living by conducting short-term training courses in Shanghai every year. He has coached over 5,000 people since moving to the city in 2016. Xie also regularly updates his public account on Chinese social media app WeChat on which he shares tips and information about nunchaku.

Zeng Shaoyu is one of the keen followers of Xie's public account on WeChat. Although he lives in Jiangxi province, around 700 kilometers from Shanghai, Zeng has no qualms taking the train to Shanghai to attend classes.

"He is a caring yet strict teacher who strives for perfection. He gives the most detailed instructions of movements to every student patiently and explains the theories vividly. I have never missed a class," Zeng says.

Xie says he aspires to spreadnunchakuculture to more countries.

"Bruce Lee is my idol. If possible, I hope to become an actor," he says.