Enthusiasts get glimpse of 'ring of fire' in annular solar eclipse 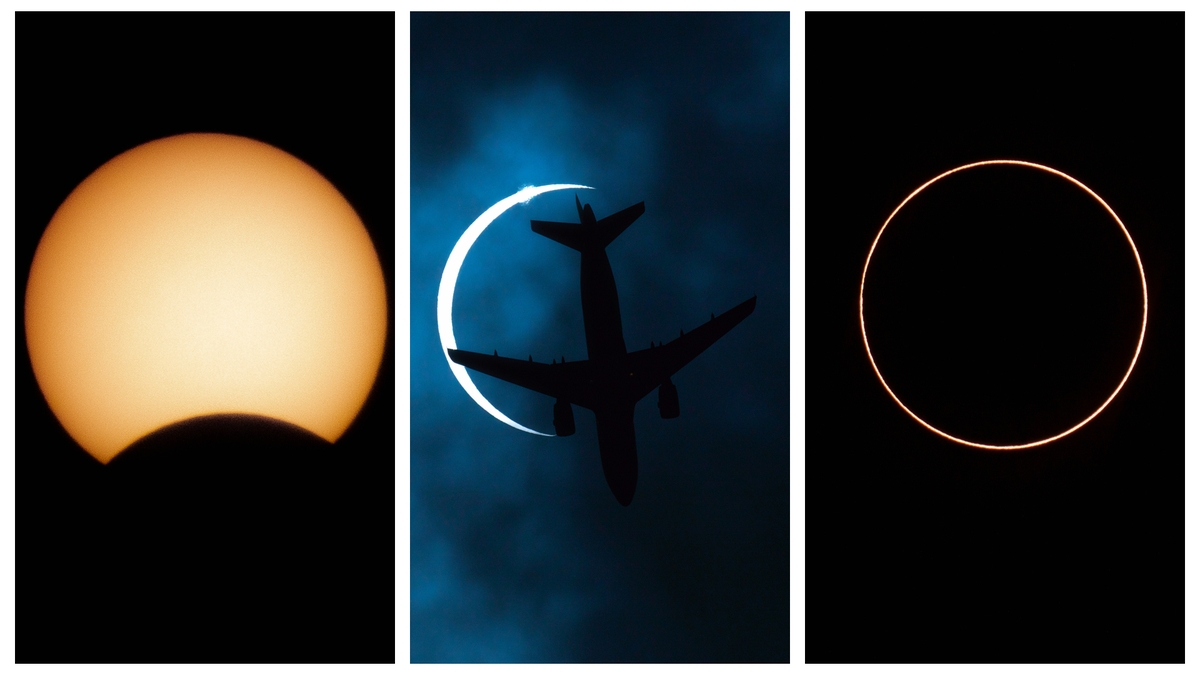 People in quite a few places in China witnessed on Sunday the most anticipated celestial event of the year, an annular solar eclipse, but if they missed it they will have to wait another 10 years to see the next one.

This spectacular event happened to occur on the heels of the summer solstice, when the northern hemisphere saw its longest day and shortest night of the year.

An annular eclipse is characterized by its stunning "ring of fire" since it's not a total eclipse and edges of the sun can still be seen around the moon.

The phenomenon occurs when the moon passes between Earth and the sun, but not quite close enough to our planet to completely obscure the sun.

The annular eclipse crossed a path that started at sunrise in Africa and eventually moved across to China before ending at sunset over the Pacific Ocean.

The entire eclipse lasted about three and a half hours, but its duration as it passed over individual locations was equal to around 90 seconds.

Kou Wen, an expert at Beijing Planetarium, said this type of eclipse could be witnessed about every two years across the globe, but a "ring of fire" eclipse has not been visible in China since 2012.

"This annular eclipse will be the only one in China for the next 10 years. People will have to wait until June 2030 for the next one," he added.