After snapping toliet paper up for a few months, Americans finally don't need to rob toilet paper again. However, there is another daily thing that is forced to be rationed because of a shortage, which brings banks around the United States out in a rash. That is: coins. 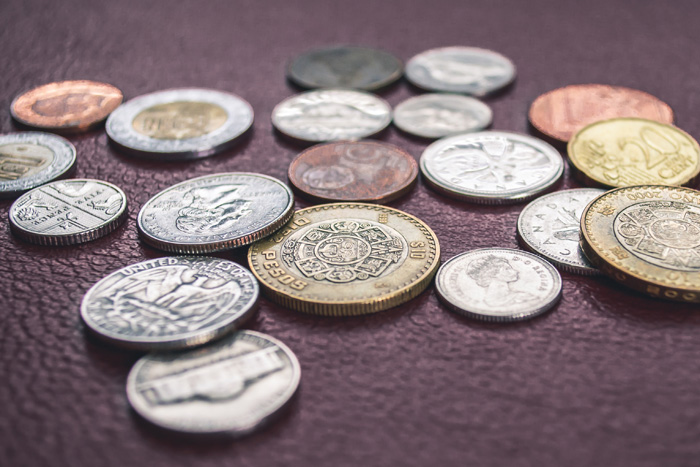 Photo by Steve Johnson on Unsplash

Just as supplies of toilet paper are finally getting back to normal, the coronavirus has triggered another shortage of something we typically take for granted: pocket change.

Banks around the US are running low on nickels, dimes, quarters and even pennies. And the Federal Reserve, which supplies banks, has been forced to ration scarce supplies.

"It was just a surprise," said Gay Dempsey, who runs the Bank of Lincoln County in Tennessee, when she learned of the rationing order. "Nobody was expecting it."

Dempsey's bank typically dispenses 400 to 500 rolls of pennies each week. Under the rationing order, her allotment was cut down to just 100 rolls, with similar cutbacks in nickels, dimes and quarters.

That spells trouble for Dempsey's business customers, who need the coins to stock cash registers all around Lincoln County, Tenn.

"You think about all your grocery stores and convenience stores and a lot of people that still operate with cash," Dempsey said. "They have to have that just to make change."

Rural banks in particular seem to be getting shortchanged, according to Colin Barrett, CEO of the Tennessee Bankers Association.

"My fear is that customers who use these banks will react very poorly," Rose said. "And I know that we all don't want to wake up to headlines in the near future such as 'Banks Out of Money.' "

The congressman warned that if businesses are unable to make exact change, they'll be forced to round up or round down, "in a time when pennies are the difference between profitability and loss."

The US Mint produced fewer coins than usual this spring in an effort to protect employees from infection. But the larger problem — as with many other pandemic shortages — is distribution.

During the lockdown, many automatic coin-sorting machines that people typically use to cash in loose change were off-limits. And with many businesses closed, unused coins piled up in darkened cash drawers, in pants pockets and on nightstands, even as banks went begging.

"The flow of coins through the economy ... kind of stopped," Powell said.

The Fed chairman stressed that this clog in the financial plumbing should clear quickly, now that businesses are reopening, and that supplies of coins should soon be back to normal.

In the meantime, Dempsey, the banker, has secured an emergency stash of coins from some of her business customers who run vending machines and laundromats.

While a growing number of people rely on credit cards or smartphone apps for many transactions today, the coin crunch is a reminder that sometimes you just need change.