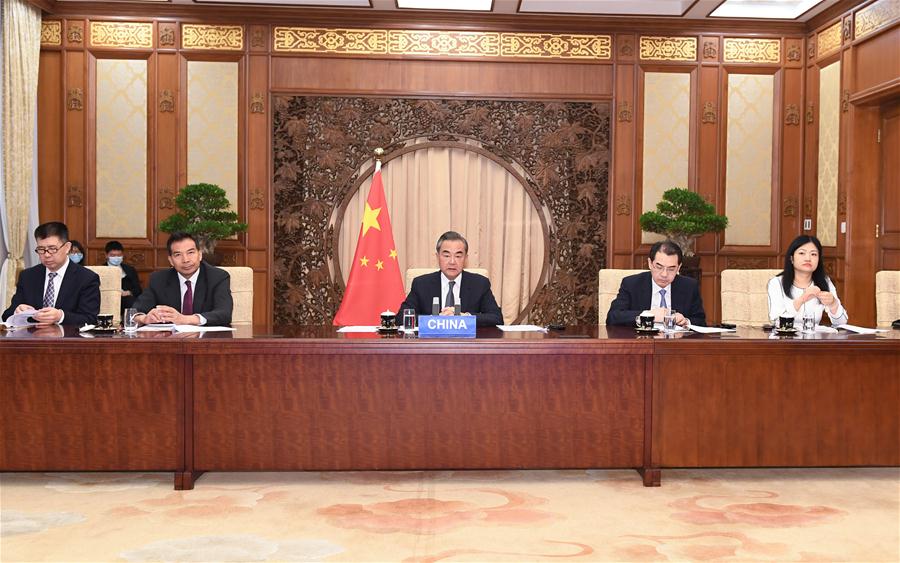 Wang said COVID-19 has brought unprecedented threats to the lives and health of people of all countries, the world economy is mired in an unprecedented recession, and international stability is experiencing unprecedented challenges.

China, Russia and India should be committed to maintaining the international system with the United Nations (UN) at the core and the international order based on international laws, and to upholding multilateralism to strengthen and improve global governance, said Wang.

The three countries should carry forward the spirit of openness, unity, trust and cooperation. They should further build consensus, plan their cooperation and send positive signals to the world, he said.

Wang said that China, Russia and India are all major countries that adhere to strategic independence. They should fully grasp the overall situation of cooperation that they are partners and offer opportunities to one another, and take actions from the perspective of helping the three countries achieve development and revitalization and safeguarding world peace and development.

They should also correctly treat and properly handle sensitive factors in bilateral relations, and safeguard the overall situation of their relations.

Wang also urged the three sides to hold high the banner of multilateralism, uphold the purposes and principles of the UN Charter, and ensure the authority and effectiveness of the UN.

They should strengthen communication and coordination within the framework of the UN, carry out pragmatic and effective cooperation, and promote the UN to play its due role in safeguarding world peace and promoting common development, especially in resolving global challenges, he said.

Noting that this year marks the 75th anniversary of the World War II victory and the founding of the UN, Wang called on the three countries to firmly defend the fruits of the World War II victory. They should resolutely oppose any act of reversing the wheel of history, firmly resist hegemonism and power politics, and resolutely promote the democratization and legalization of international relations, he said. Enditem