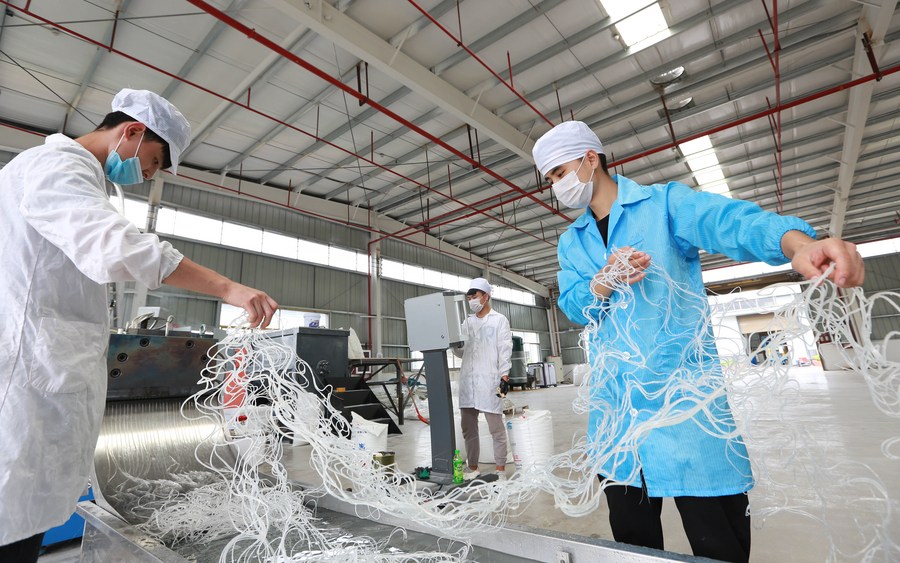 BEIJING, June 26 (Xinhua) -- China's small and micro firms obtained inclusive loans at a lower cost in the first five months of the year, with an average interest rate of 6.03 percent, official data showed.

The figure was 0.67 percentage points lower than the average in 2019, according to the China Banking and Insurance Regulatory Commission.

Financing costs of enterprises have seen a marked decline, said Ye Yanfei, an official with the commission, adding that the average interest rate for the manufacturing sector stood at 4.32 percent in the first quarter, down 0.46 percentage points from the beginning of the year.

China has rolled out a set of measures to help small and micro businesses overcome difficulties caused by COVID-19, including encouraging financial institutions to provisionally defer loan repayments and increasing lending at concessional rates.