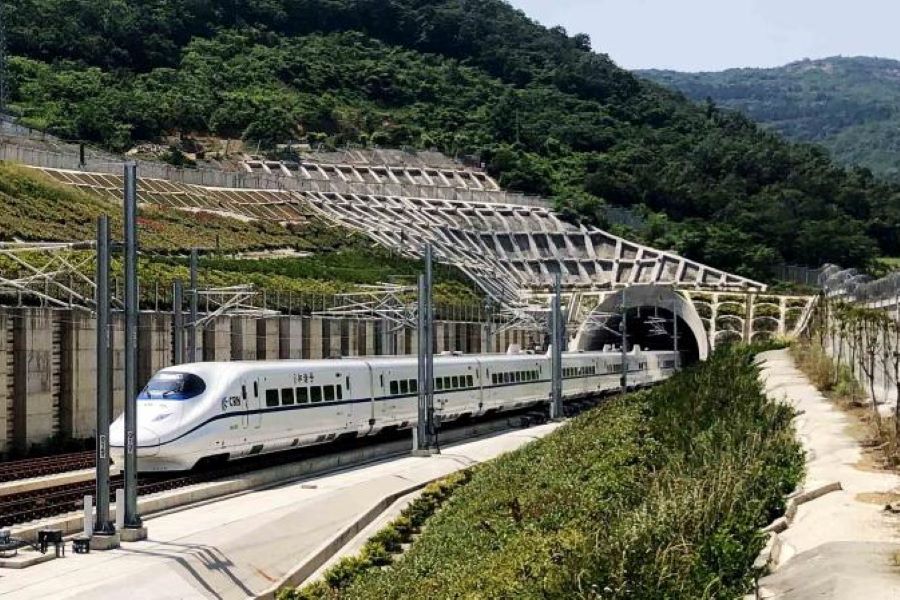 The new section of high-speed railway route linking Hefei, capital of East China's Anhui province, and Huzhou in East China's Zhejiang province will be put into operation on Sunday. [Photo/fzggw.ah.gov.cn]

A new section of high-speed railway route linking Hefei, capital of East China's Anhui province, and Huzhou in East China's Zhejiang province will be put into operation on Sunday, according to the country’s railway operator.

With a maximum designed speed of 350 kilometers per hour, the operation of the route — part of the southern section of the Shangqiu-Hefei-Hangzhou high-speed railway — will thread the provinces of Henan, Anhui and Zhejiang after connecting to the existing railway from Jiangsu province’s Nanjing to Hangzhou, said China State Railway Group.

The northern section of the railway, connecting Shangqiu of Henan province with Hefei, went into operation in December, according to the China Railway Shanghai Group.

Starting from July 1, the company will launch a total of 60.5 pairs of bullet trains operating on the route on a daily basis, it said.

The opening of the new route will further optimize the railway network in the country’s central and eastern regions and greatly ease the mounting pressure on the Beijing-Shanghai high-speed line to provide a more convenient travel experience for passengers along the route, the company said.

The line is also expected to spur the rise of the central region and boost the integrated regional development of the Yangtze River Delta - one of China's most economically active, open and innovative regions, it added.

With an investment of more than 99 billion yuan ($14 billion), the Shangqiu-Hefei-Hangzhou high-speed railway covers a distance of 794.55 kilometers.