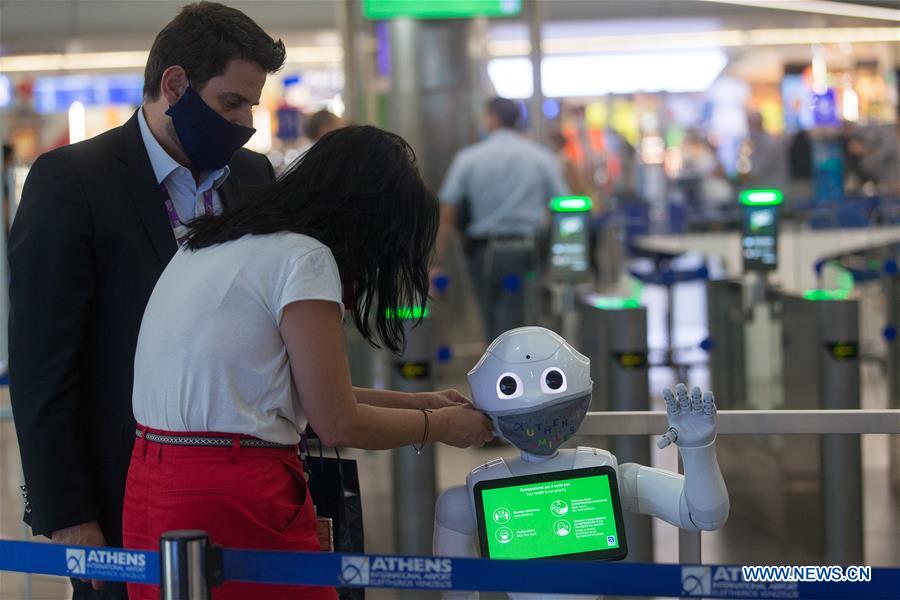 The robotic staff are not new in the airport, as they had worked as information assistants over the past two years providing information, such as flights schedule, airport's services and sightseeing in Athens.

But since mid-June, the two Pepper robots have taken their new tasks. "Your health is our priority" is the key message they convey in both Greek and English.

A new application had been developed to enable them to take their new role after June 15, when airlines were gradually resumed in Greece.

"Pepper is constantly developing. He speaks many languages. He has a human voice and very strong communication skills. Pepper joined us in our efforts to develop new technologies, because our unit and AIA invest a lot on technology and innovation. Soon Pepper will be with us with AI so that he will be able to answer many of the passengers' questions," Alexandros Ziomas, Director of the Information Technology and Telecommunications Business Unit at AIA, explained, pointing to one of the robots.

Before the hit of the pandemic, Pepper had worked to offer information in both Chinese and English about all airport services and tips on how to reach the center of Athens or Piraeus port, according to Ziomas.

One of Pepper's previous applications, which was developed by Greek start-up Toorbee especially for Chinese visiting Greece, can be downloaded free of charge on mobile devices.

Chinese visitors can use Wechat to scan the QR code on banners placed at AIA to get information about where to eat or shop inside the airport before heading to the city center.

With the assistance of the two Pepper robots, AIA was one of the first "China-ready" airports in Europe, according to AIA's representatives.

Now the two robots have been tasked with a new significant mission, as Greece is opening wider to tourism as of next week.

AIA had never closed entirely even during the lockdown in Greece (March 23-May 4), but domestic flights fully resumed as of May 18 and more international flights mainly from European destinations resumed as of June 15, said Ioanna Papadopoulou, AIA's Director of Communications and Marketing.

As of July 1, direct flights to 27 airports across the country are due to restart, and seven land entry points and seven ports to reopen, Greek authorities have announced.

Ahead of the July 1 reopening, the Greek government has determined how the country will welcome travelers. Diagnostic screening and the Passenger Locator Form (PLF) are part of the planning, according to an e-mailed press release issued by the Hellenic Civil Aviation Authority on Saturday.

As of Saturday until Aug. 31, 2020, all passengers of international flights to Greece are obliged to complete their PLF at least 48 hours before entering the country, providing detailed information on their point of departure, the duration of previous stays in other countries, and the address of their stay while in Greece, according to the press statement.

"The next major date for us is July 1. We are waiting for the relevant decisions from the European Commission on which countries will be sending travelers without any restrictions," Papadopoulou noted.

"We are living a new reality. This means that there are particular measures based on the guidelines we have received from international, European and national authorities," explained Papadopoulou.

Use of face mask within the premises of the airport and during the entire trip is mandatory, according to the director. "Therefore one would better have plenty of masks, depending on the duration of their flight, because normally they will need to change mask every 3-4 hours."

"It would be also better if friends and relatives said goodbye outside the airport so that we avoid overcrowding. In addition, we also certainly observe the safe distances measure," she added.

Along with signs reading "wash your hands, use hand sanitizer", at least 300 points with sanitizers available have been set up across the airport.

AIA is holding hope for the rest of the year, considering the airport's remarkable performance before the hit of the pandemic.

"In 2019 we had precisely 25.5 million passengers. It was the sixth consecutive year with triumphant data for arrivals. There were very positive flows also in the first two months of 2020, indicating that 2020 would be the seventh consecutive record year," Papadopoulou noted.

The message that the Greek government delivered to all people visiting the country this year is "Enjoy your stay -- Stay safe".

Greek authorities announced on Friday evening that 22 new COVID-19 cases had been registered since Thursday nationwide with no fatalities.

Greece has so far registered 3,366 confirmed infections, including 191 deaths, since the first case was diagnosed on Feb. 26 in the country. 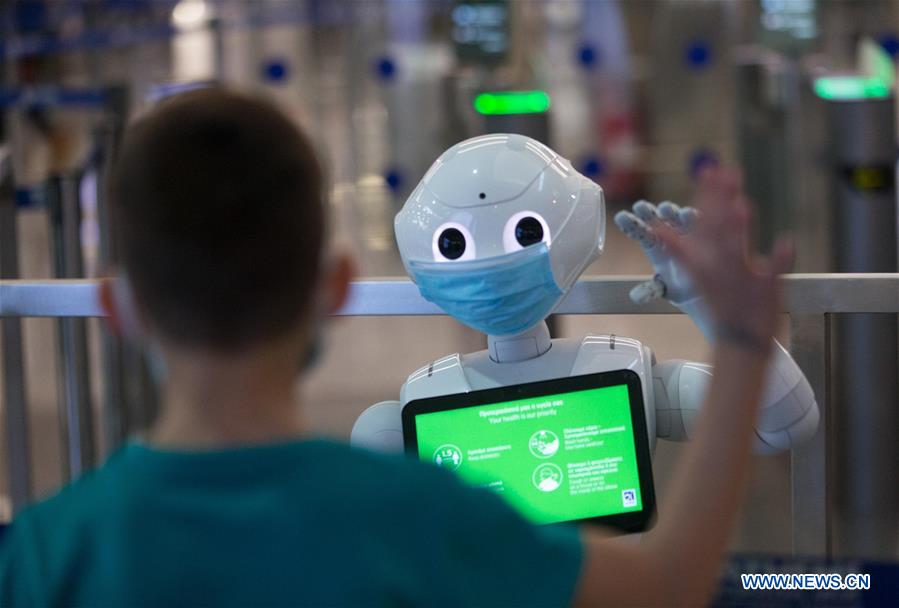 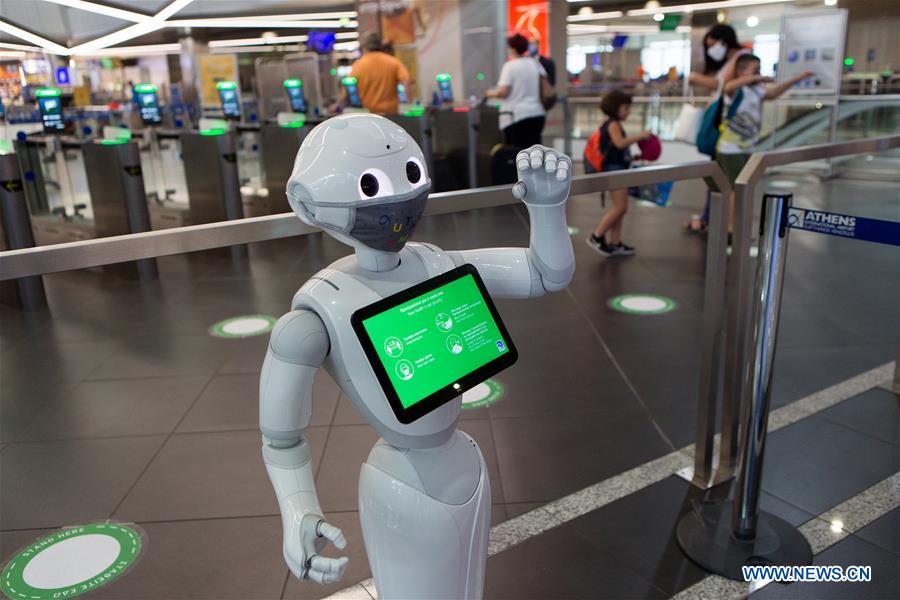