Intel to resume supply to Inspur in two weeks 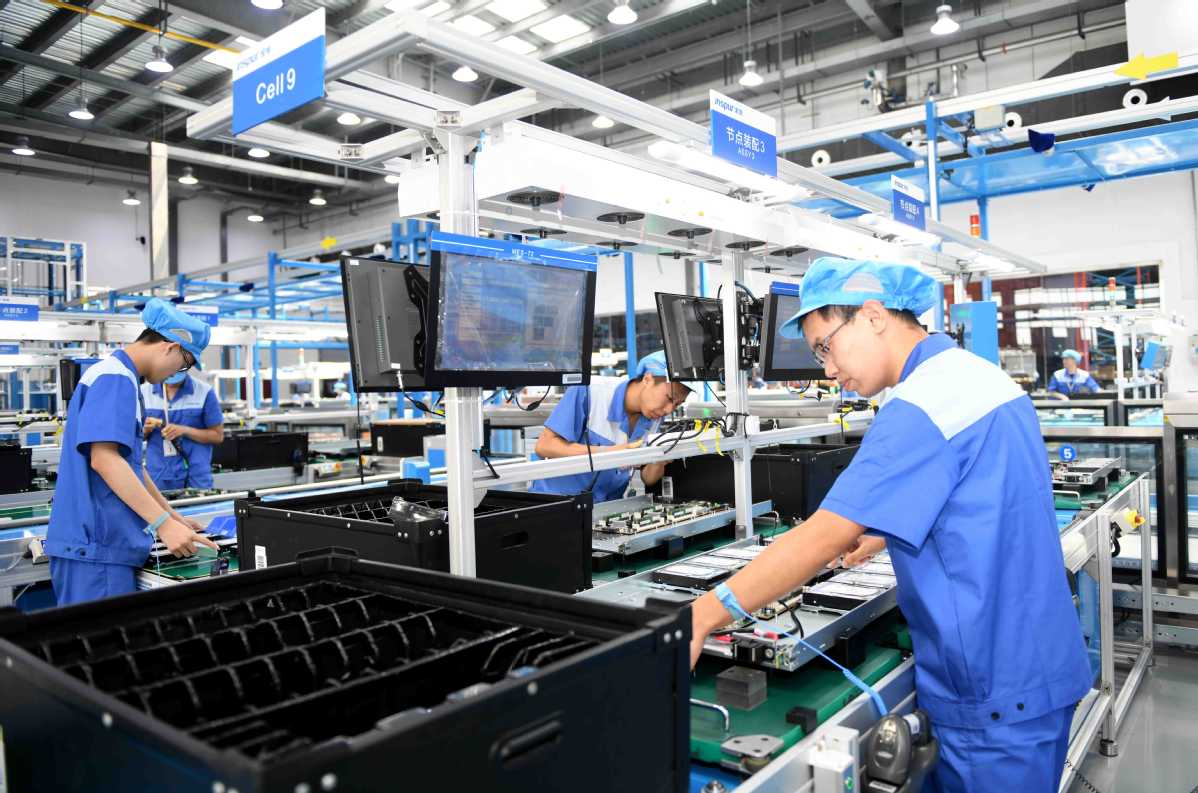 Employees of Inspur Information work on a server production line of the company in Jinan, Shandong province.[Photo/Xinhua]

Shenzhen-listed Inspur Information said that US chip giant Intel Corp would resume component shipments to the company in about two weeks after a temporary stoppage and said its business operations currently run as normal.

The company's comments came after Intel said it had temporarily paused shipments to Inspur to comply with the US government's new export regulations.

Intel said in a statement that the move is temporary and would last less than two weeks for some items, while other product shipments will resume in a matter of days. It said it will resume shipments as soon as it can do so while ensuring compliance with US laws.

Inspur was placed on a list of 20 Chinese firms with alleged military links by the US government on June 25, which prompted Intel to halt component shipments.

Financial disclosure from Inspur Information shows that Intel is the company's largest supplier of chips. In 2019, Inspur spent more than 17.89 billion yuan ($2.53 billion) on purchasing components from Intel.

Inspur Information's shares declined by 0.91 percent to 36.98 yuan on Thursday.

Analysts said that if Intel resumes shipments to Inspur in about two weeks, it will not have a substantial impact on the latter's business.

Server makers have a tradition of stocking up core components. That is especially the case this year when the demand for cloud computing has been surging since the COVID-19 outbreak, said Xiang Ligang, director-general of the Information Consumption Alliance, a telecom industry advocacy.

But the Inspur incident highlights once again that Chinese tech companies are facing increasing uncertainties in their supply chains as Washington has intensified its push to crack down on them and new US export restrictions keep popping up, analysts said.

Bai Ming, a senior researcher at the Beijing-based China Academy of International Trade and Economic Cooperation, said the US government has been resorting to all means to disrupt normal international business cooperation.

Washington has already put dozens of Chinese tech companies including telecom equipment maker Huawei and surveillance equipment maker Hikvision on its Entity List since last May, restricting them from purchasing US technologies.

Huawei and Hikvision were also named on the latest list of 20 Chinese firms which the US government said have links with Chinese military units.