Leaders of EU, Germany to meet for talks over recovery fund 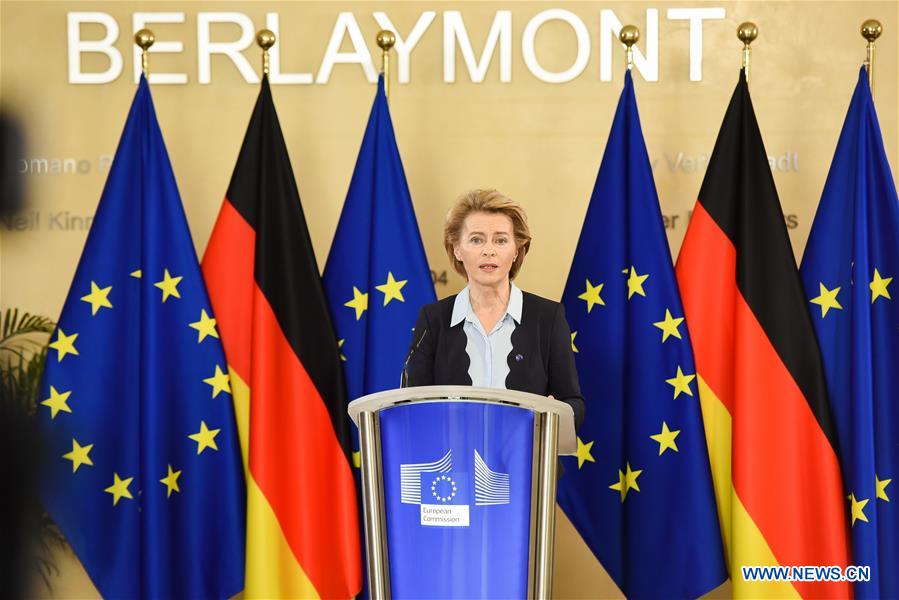 BRUSSELS, July 2 (Xinhua) -- The three presidents of the leading European Union (EU) institutions will meet German Chancellor Angela Merkel next week to discuss the thorny issue of the bloc's proposal to revive its economy by raising debt, the European Commission said on Thursday.

"It is our joint responsibility to finalise this recovery package without delay, and to show to all Europeans that the Union is ready to act for the benefit of all," it added.

Addressing a press conference together with Merkel on Thursday, von der Leyen said the proposal about a recovery fund has to be agreed on within the EU, approved by the European Parliament and then ratified by EU members' national parliaments in the next six months.

On May 27, the Commission presented its proposal about creating a recovery fund of 750 billion euros, embedded in a revamped 2021-2027 EU budget, as a solution to salvage the single market out of the severe health crisis posed by the COVID-19 pandemic.

The funding will be raised by temporarily lifting the own resources ceiling to 2.00 percent of EU Gross National Income, allowing the Commission to borrow the money on the financial markets. A number of new taxes will also be introduced to help cover the payment.

The ambitious plan has met with concerns among EU institutions and the member states. For example, Sassoli has spoken out against issuing loans as part of the recovery plans. "Parliament is keen to stress that any common debt issued must be repaid fairly, without burdening future generations," he said last month.