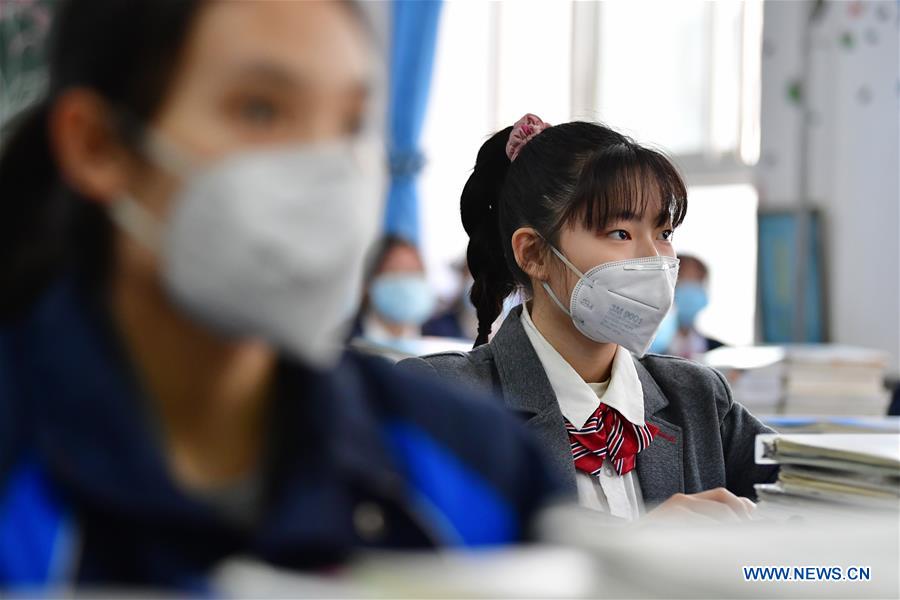 Born around the time of the SARS epidemic in 2003, more than 10 million high-school graduates are expected to take the national college entrance exam, known asgaokao, starting on Tuesday, amid the COVID-19 pandemic.

The pandemic has influenced students' and parents' preparation for one of the most important exams for Chinese students, with them worrying the pandemic would affect their performance during the national exam, according to a recent survey by news portal Sina Education.

The survey of students participating in this year'sgaokaoand their parents shows that only 7.3 percent of students believe the pandemic has not influenced their preparation.

Around 60 percent of respondents say they were not in a good state of mind duringgaokaopreparation due to the pandemic, and around 30 percent of students have seen declining scores in mock exams, the survey said.

The survey was based on online questionnaires of more than 10,000 students and parents in May. More than 80 percent of the respondents are parents.

A total of 10.71 million students will sit for this year'sgaokao, an increase of 400,000 over last year, according to the Ministry of Education.

The ministry made a decision on March 31 to delay the exam by one month due to the COVID-19 pandemic.

Around 70 percent of students and 65 percent of parents believe the one-month delay will influence students' performance on thegaokao, the survey said.

As students are under home quarantine to curb the spread of the pandemic, almost 80 percent of them have taken online courses to prepare.

Nearly 70 percent believe online courses are effective, but only 65 percent could finish the online assignments their teachers gave them on time, the survey found.

Only 19 percent of parents said they are not worried about thegaokaoas they believe their children have good self-discipline.

Zhang Yuheng, from Zhengzhou, Henan province, said the pandemic has hindered his preparation for thegaokao.

He said he soon adjusted and worked very hard for the exam, which coincides with his 18th birthday.

"Twelve years of hard work from primary to high school reminded me that I am tougher than the pandemic," he said. "Hopefully, I will achieve a good score on thegaokaoto mark my entry into adulthood."