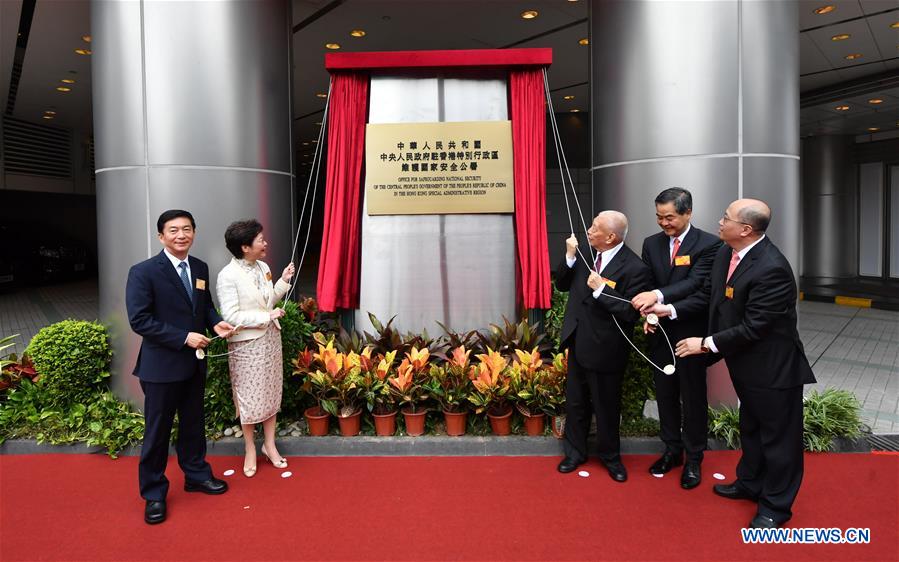 The office was established in accordance with the Law of the People's Republic of China on Safeguarding National Security in the Hong Kong Special Administrative Region, which was adopted by China's top legislature and promulgated in the HKSAR on June 30.