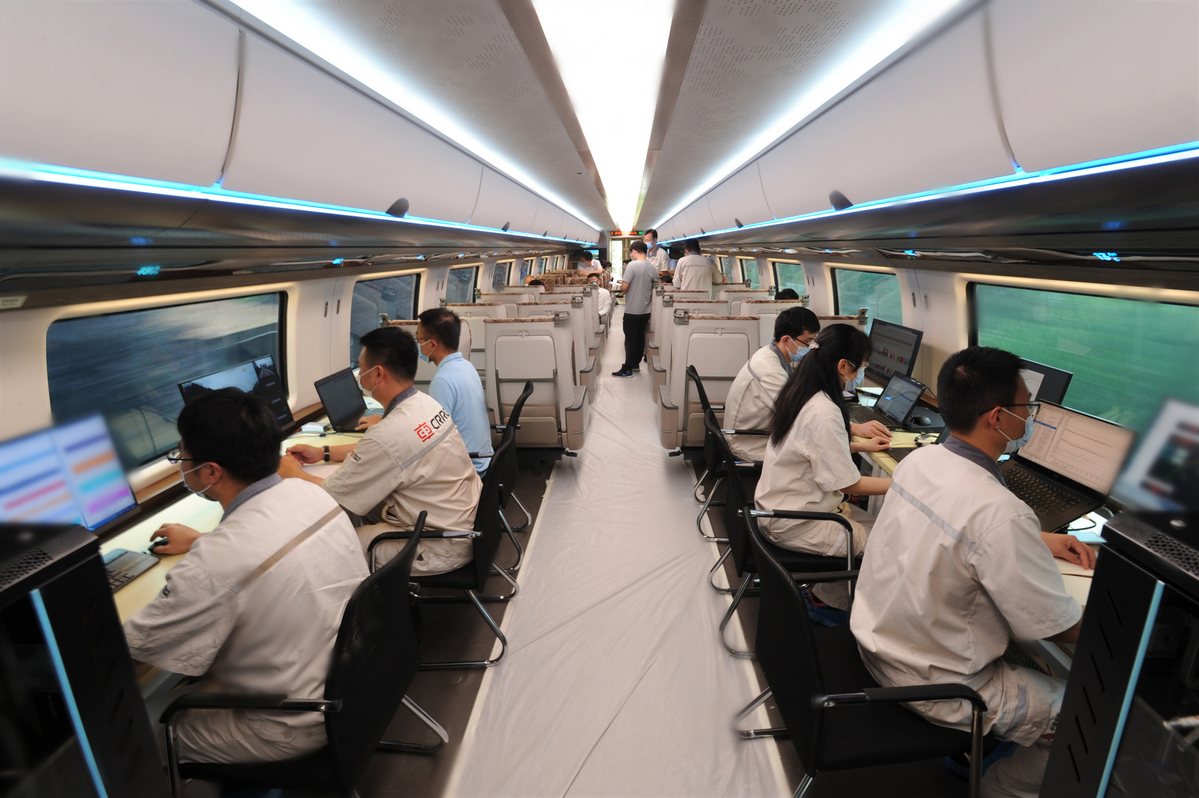 China will add up to nine magnetic levitation railroads of over 1,000 kilometers in total length into its service network in the long term to boost regional connectivity and high-end equipment manufacturing, local governments said.

They will be composed of a tourist railway line in Southwest China's Yunnan province, intercity passenger lines and urban mass transit lines in places such as North China's Shanxi province, Northwest China's Xinjiang Uygur autonomous region and Sichuan province in the nation's southwestern region, according to official information released earlier this year.

With the country setting the goal to run high-speed maglev trains clocked at 600 km per hour by the end of this year, East China's Zhejiang province announced it will invest 100 billion yuan ($14.22 billion) and adopt maglev trains to build a railroad connecting Hangzhou and Shanghai, the provincial government unveiled in mid-April in its transportation development plan over the next three decades.

It will take about 15 minutes to complete the 162-km journey at this kind of speed, said Feng Hao, a researcher at the National Development and Reform Commission's Institute of Comprehensive Transportation.

Compared with standard bullet trains, the high-speed maglev trains have advantages which include reduced noise and vibration, and lower maintenance costs because they do not ride on rails with wheels but hover centimeters above the track through the use of magnets, avoiding slower speeds caused by friction, he noted.

Aside from the Yangtze River Delta region, the Development and Reform Commission of Shenzhen plans to introduce maglev rail lines to the Second Guangzhou-Shenzhen High Speed Railway to ease the operational pressure of regular and bullet trains in the area, the commission said in a feasibility study released last year.

The Second Guangzhou-Shenzhen High Speed Railway is to be built in 2025 and is expected to be completed in 2030, said information released by the Guangzhou government in 2019.

Chengdu, capital of Sichuan province, also said in its transportation network development plan that it intends to launch maglev services between the city and Chongqing in the future.

The Europeans and Canadians have failed to compete with China in this field in recent years, said Chen Jian, a professor specializing in railways at Chongqing Jiaotong University.

The tough reality has pushed manufacturers, universities and research institutions in China to make breakthroughs as soon as possible to develop maglev trains that can run at speeds between 200 km/h and 600 km/h to ensure the country has adequate market share in both future domestic and global markets, Chen said.

Such trains consume less energy than wheel technology-based bullet trains currently in use, he added.

Both are scheduled to be operational in 2021, said China State Railway Group, the country's railway operator.

China laid a total of 1,178 km of new railway lines, including 605 km of high-speed lines, into operation in the first half of this year, the Beijing-based group said last week.