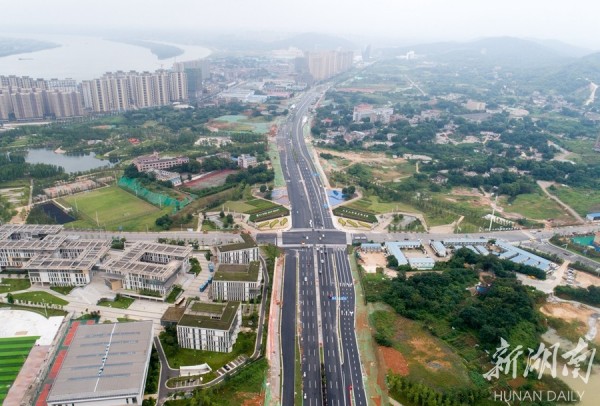 The second section of Tanzhou Avenue completed its main part of construction and opened to traffic on July 13, about three months earlier than scheduled. This section between Liantang Road and Lianping Avenue used to be a two-way six-lane road. After construction, it was broadened to become a two-way ten-lane one, with 6 main roads and 4 auxiliary roads. Its opening can provide convenient traffic for the opening of the Xiangjiang Joy Town Amusement Park, and also greatly shorten the travel time between Changsha and Xiangtan. (Photo/Fu Cong, Hunan Daily)