Sun Minsheng researched on the work of FOCs in Yiyang 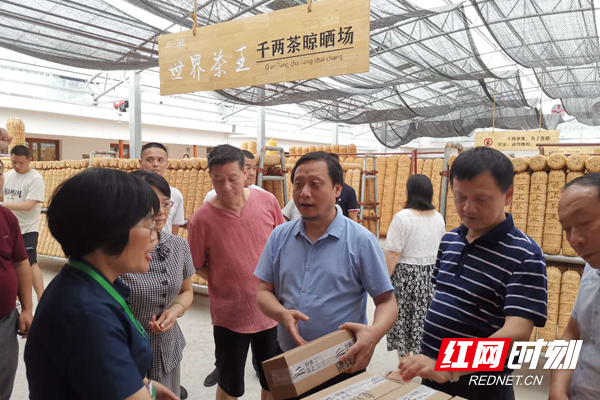 Sun Minsheng and hisdelegation researched on the work of FOCs in Yiyang.

Sun Minsheng successively investigated the overseas enterprise, detailed understanding of the current enterprise production and operation situation, the difficulties and problems, various preferential policies to carry out the ground situation, the opinion of overseas Suggestions, and encourage them to try to overcome difficulties, confidence boost development, constantly bigger and stronger.

Sun Minsheng fully affirmed the work of FOCsin Yiyang, and asked the FOCs to strengthen ideological guidance in accordance with the requirements of the reform of mass organizations, consolidate the ideological foundation of the masses of overseas Chinese, and ensure that they listened to the party's words and followed the Party's steps. Efforts should be made to strengthen basic work at the community level as epidemic prevention and control becomes more routine, and the construction of homes for overseas Chinese and bases for international cultural exchanges should be strengthened. We should focus on the central work of the Party committee and government, and take the initiative to serve local economic construction.